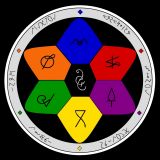 C. M. Johnson is a former teacher in Tampa, Florida, where she lives with her husband who was medically retired from the U.S. navy in 1995 and enjoys writing in her spare time.

What's the story behind your latest book?
My Tales of the Fifth Guardian Series is predicated on the question: What if the descendants of the survivors of Atlantis lived among us in Modern Times with all the Power and Abilities of their ancestors. But what if they called the island Otland Iis? The People of Otland Iis have always cherished Knowledge and Knowledge Guardians have been born to them in times of change - Times of change that would affect all the clans that lived on the island. Now, what if the Fifth Knowledge Guardian has been born to them but it has been so long since the Fourth Guardian walked that they have been reduced to myth and legend.
What is your writing process?
My characters grew out of childhood play on the playground - where we pretended to be superheroes. This concept stayed with me into adulthood and I began to wonder how their powers and abilities would transfer into the modern world. When I began to study mythology and found the story of Atlantis the idea began to take form...What if Atlantis was a corruption of the original name for the island? What if, instead of coming from outer space, like some of the legends, they were simply humans who evolved differently? What if that evolution has continued through today? What if their descendants live among us? Once I found their names, their story began to tell itself.
Read more of this interview. 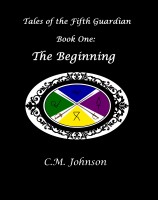 Tales of the Fifth Guardian by C. M. Johnson

Tales of the Fifth Guardian: Book One: The Beginning
Price: $0.99 USD. 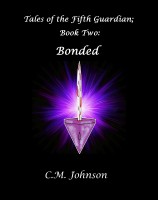 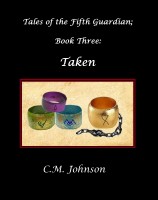 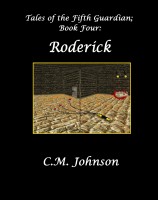 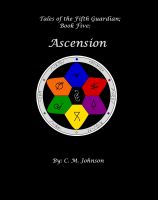 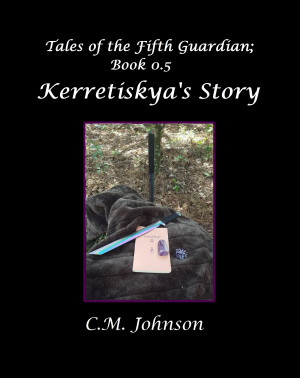 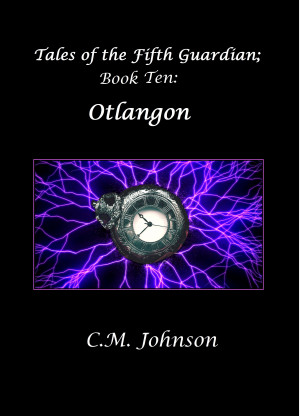 Tales of the Fifth Guardian; Book Ten: Otlangon by C. M. Johnson
Price: $2.99 USD. Words: 150,520. Language: English. Published: September 4, 2017. Categories: Fiction » Romance » Fantasy, Fiction » Romance » Paranormal
A celebration at the secret complex turns tragic when the Devon Queen appears with an army. Will Edwere go against all he believes about being a Tesha to protect Kerrisha? 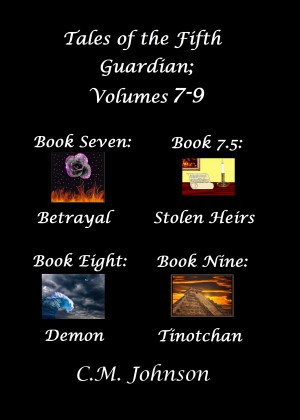 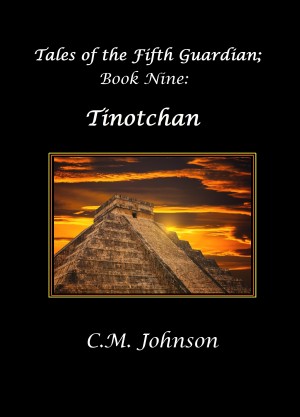 Tales of the Fifth Guardian; Book Nine: Tinotchan by C. M. Johnson
Series: Tales of the Fifth Guardian. Price: $2.99 USD. Words: 145,860. Language: American English. Published: December 19, 2015. Categories: Fiction » Romance » Fantasy, Fiction » Romance » Paranormal
There have been hints of a visit to Tinotchan and now the time has come. Can Kerrisha solve the problems in Tinotchan Clan or those created by the training techniques at Dreland Tower without succumbing to the draw of the Darkness? An Otlantesha dictionary and pronunciation key is included at the rear of the volume. Caution: Recommended for readers over 18 due to mature situations, violence, and 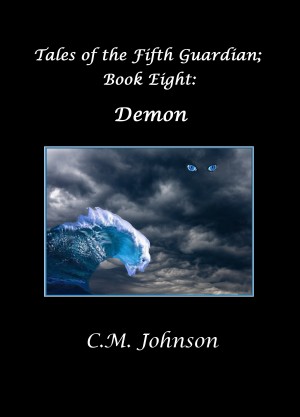 The vision that has been tormenting Kerrisha and may bring about the end of their cherished Tesha comes to pass as the Creature that should not exist emerges. 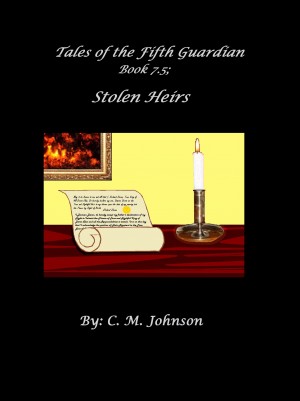 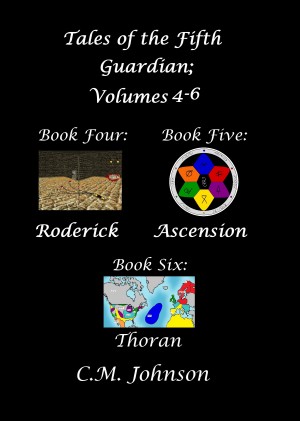 This book combines Books Four - Six of the Tales of the Fifth Guardian series. 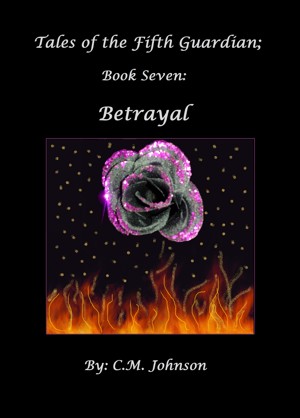 After the mission into Thoran territory to stop Brindon fails, Kerrisha wrote in her journal that it was only one betrayal in a year of betrayals. First the complex director who has been misusing Power. To the culmination of the story in the worst betrayal possible as the Devon Prophecy comes to pass and a life-long friend turns his back on Kerrisha. Caution: Contains mature Situations 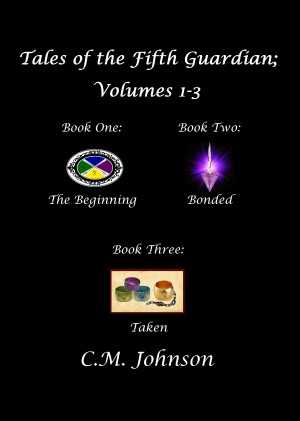 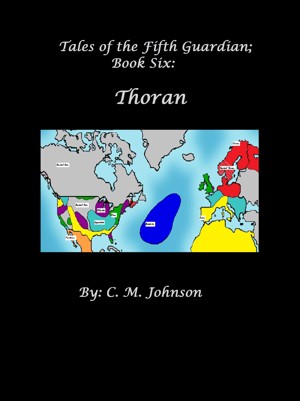 The vision that terrified Kerrisha at the end of Ascension comes to pass as Brindon’s attacks on the Tower continue to escalate and Kerrisha plans a mission that will take them over the ocean and deep into Europe and Thoran territory. This will be Julie and David's first mission as Tesha Dayou and Tesha but will it really be as easy as Keri thinks? 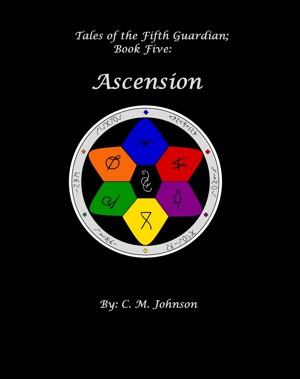 Finally, their time of Ascension is nearing but the Memory Blocks must fall before Ascension comes. What secret has Kerrisha been protecting for so long? Once their secret is revealed and “the past that has been lived is known,” we follow the young King and Queen as they make their preparations for a nice quiet Ascension. What surprise does the Power hold in store for them? 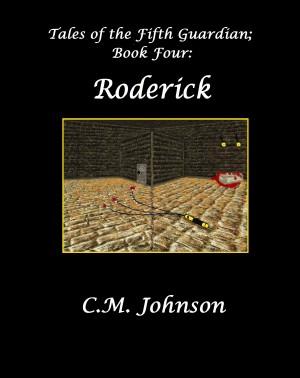 Always reluctant to be seen as just the Queen of her clans, Kerrisha would rather be running missions or working to fulfill her destiny as the Fifth Knowledge Guardian of the People of Otland Iis and, in Roderick, we see that. From the beginning where she wakes after a mission has gone terribly wrong to the end where she is tortured after following the Power, she works to protect all the clans. 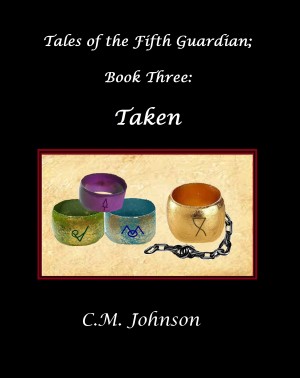 In Book One; The Beginning, Kerrisha Drew-Otlander stepped into her destiny as the Knowledge Guardian of the People of Otland Iis. In Book Two; Bonded, she married her Power Chosen mate, Kerreth Mermshire. Now, in Book Three; Taken, the vision that began at the end of The Beginning comes to pass as a mission ends with Kerrisha becoming a prisoner of Devon Clan once again. 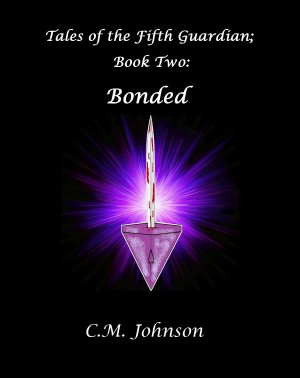 Book one saw Kerrisha begin to come into her Knowledge and declare herself to the Council of Elders. Finally, the People of Otland Iis have begun to remember the Guardians of Knowledge and accept Kerrisha as the Fifth Guardian. Now, we rejoin Kerrisha as she tries to deal with the terrifying vision that overtook her after the Council meeting and plan for her wedding to Kerreth. 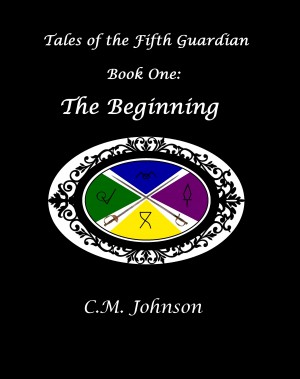 The descendants of the survivors of Otland Iis (Atlantis to regular humans) live among us in modern times with all the power and abilities of their ancestors. Knowledge is cherished among the People and the Guardians of Knowledge are born in times change. The Fifth Guardian has now been born but even her own clan does not believe she is who she claims.

You have subscribed to alerts for C. M. Johnson.

You have been added to C. M. Johnson's favorite list.

You can also sign-up to receive email notifications whenever C. M. Johnson releases a new book.