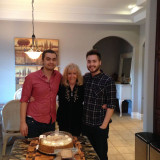 My interest in mysteries began early in life after discovering a pile of Mickey Spillane novels in my dad’s library. I was taken with tough-guy detective, Mike Hammer, who then led me to Raymond Chandler’s PI, Philip Marlow, and so on. Chandler’s Marlowe and my Charlie Hampton have a lot in common but you’ll have to read THE JACK IN A BOX to see the similarity. Both are tough guys who take their whiskey straight and women tall.

THE JACK IN A BOX was written while I was living and working in coastal Vancouver and is the setting for the novel. When Jack becomes involved with the Triad, PI Charlie must fight to save his ass. In the sequel, RETURN OF THE JACK, Jack is the same old shady, underworld figure, off to Beijing for more trouble with the Triad. Third in the series, POSSIBLY JACK AGAIN, is set in Santa Ana, California, where Jack follows Charlie to hopefully help find his own grandson who may have met with foul play. Fourth in the series, JACK THE KEEPER, is again based in Vancouver where the bad guys from Beijing arrive to settle a score. JACK AND TOMMY takes us to Colombia and the drug trade where they meet up with some not so nice guys. THE JACK FOR MAYOR is ironic since Jack campaigns on cleaning up crime when he is the biggest criminal in town. Enjoy! My Triad resources, Brenden and Conner Koe, are pictured with me in the photo.

Also in the mix are three chick lit novels. WOMAN COMING SOON is set in London and told by a British heiress whose husband has run off with her gorgeous friend. In A MONTH IN THE COLONIES, the sequel, the heiress travels to Toronto on a house exchange adventure gone horribly wrong. THE TAMING OF SAMANTHA ROE is independent of the first two and deals with sibling rivalry as two sisters battle in court over a boy they both love. All three chick lit novels are a lot of fun.

When you're not writing, how do you spend your time?
I am a freelance technical writer. I also have published humorous articles in Toronto and Vancouver newspapers. I like to read and garden.
What inspires you to get out of bed each day?
My family. They usually need me for something. Coffee and writing follow before my day job begins. In the evening I may or may not get the chance to write. All of the above inspire me to get out of bed each day.
Read more of this interview.

Where to find Pringle McCloy online 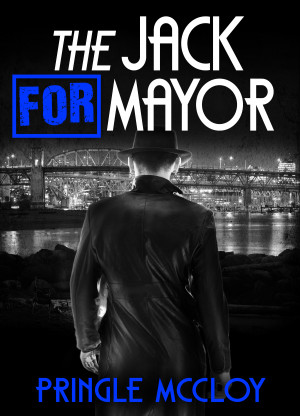 The Jack For Mayor by Pringle McCloy
Price: Free! Words: 46,800. Language: English. Published: January 3, 2019. Categories: Fiction » Mystery & detective » Hard-Boiled
When his client, crooked Jack, decides to run for mayor of the city, PI Charlie Hampton starts to worry. Rightly so, as Jack’s political opponents start dropping like flies. Call it bloody murder because it is. It’s Charlie’s job to prove Jack innocent but he doesn’t get much help from the client who campaigns on cracking down on crime. The problem? Jack is the biggest criminal in town. 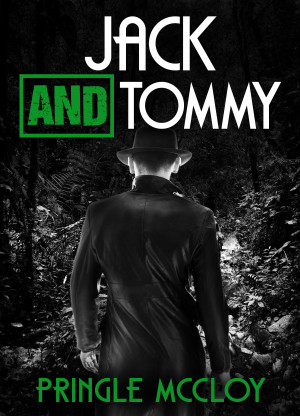 Jack and Tommy by Pringle McCloy
Price: Free! Words: 40,530. Language: English. Published: September 27, 2018. Categories: Fiction » Mystery & detective » General
PI Charlie Hampton and sidekick, Willy Chan, are off to Colombia in search of Tommy, Jack’s grandson, a millennial who knows everything and nothing. Tommy has disappeared again but that’s not the only problem. Crooked Jack and entourage arrive to help out but only get in the way. Tommy’s dad, the infamous drug lord, Richard Chang, also arrives with his own deadly enemies not far behind. 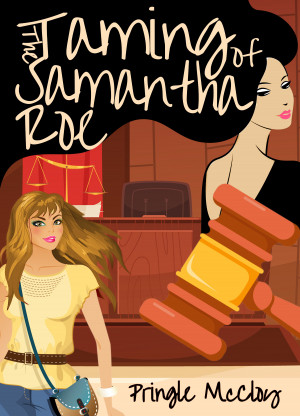 The Taming of Samantha Roe by Pringle McCloy
Price: Free! Words: 43,660. Language: English. Published: August 16, 2018. Categories: Fiction » Women's fiction » Chick lit
Samantha Roe has it all – beauty, brains and a bad attitude. A natural cynic she uses her intellect to condescend to others, even her boss. But this all changes after her nephew comes to live with her and the two bond. The problem? Her globe-trotting sister returns to place her son in boarding school, much to his dismay. Will feisty Sam fight for a boy’s happiness? Yep. Stay tuned for war. 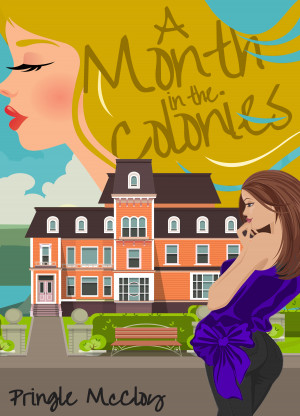 A Month in the Colonies by Pringle McCloy
Price: Free! Words: 51,500. Language: English. Published: June 20, 2018. Categories: Fiction » Women's fiction » Chick lit
‘British Heiress Sophie is a Shrew’ the London tabloids scream when her husband runs back to his mistress. “Who could blame him’? Humiliated, Sophie escapes to Canada on a house exchange adventure only to share a haunted mansion with a Mafia princess, a rude house boy, and myriad ghosts. Yes, she has been conned but is not above becoming a con-artist herself. Can Sophie’s quick wit save her? 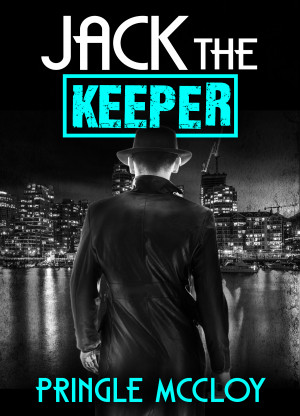 Jack the Keeper by Pringle McCloy
Price: Free! Words: 42,100. Language: English. Published: May 10, 2018. Categories: Fiction » Mystery & detective » Hard-Boiled
Earthquake? PI Charlie Hampton and sidekick, Willy Chan, are on the trail again after three rival Triad gangs unite to eliminate a fourth. As bodies pile up like cordwood, crooked Jack becomes the keeper of a hostage, a crime boss who happens to be a vicious old lady known for kicking and biting. It’s an earthquake, alright, just not the geological kind. 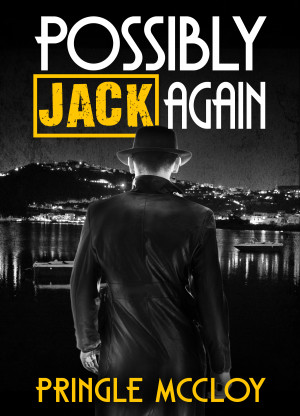 Possibly Jack Again by Pringle McCloy
Price: Free! Words: 38,760. Language: English. Published: March 22, 2018. Categories: Fiction » Mystery & detective » Hard-Boiled
Mayhem and madness continue as PI Charlie Hampton travels to Santa Ana looking for a boy who may have gone off in search of his biological dad, a drug lord. Again embroiled in the Triad wars, Charlie uncovers a human trafficking ring and more. And what about those bodies in the well? Has ‘shady’ Jack disappeared again too? Damn Jack. It isn’t always about him. Or is it? 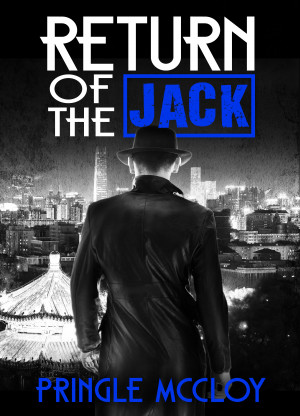 Return of the Jack by Pringle McCloy
Price: Free! Words: 49,060. Language: English. Published: December 19, 2017. Categories: Fiction » Mystery & detective » General
PI Charlie Hampton is off to Beijing but not on vacation. His mission is to rescue his client, Jack, who has a tendency to get himself kidnapped. Again embroiled in the Triad wars, Charlie must decide if Jack is worth all the trouble and, of course, he isn’t. But is drug lord, Richard ‘the Cleaver’ Chang, worth more? Murder, mayhem and madness continues along with a lot of fun. 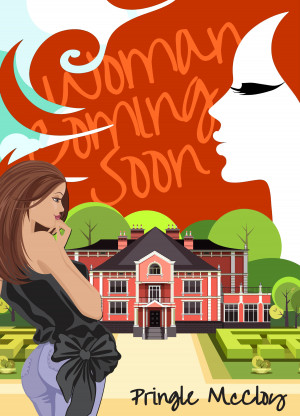 Woman Coming Soon by Pringle McCloy
Price: Free! Words: 57,810. Language: English. Published: November 21, 2017. Categories: Fiction » Women's fiction » Chick lit
‘Doesn’t matter how you cook up revenge, just don’t burn it.’ Someone should have told Sophie that before she lit a match under her husband and best friend, who ran off together. So, maybe heiress Sophie made a mistake by enticing the pair back into her mansion and enlisting a gorgeous actor to lure the friend away. It worked for a while. Until the house blew up. 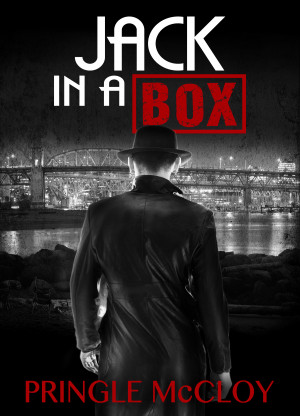 The Jack in a Box by Pringle McCloy
Price: Free! Words: 77,810. Language: English. Published: June 19, 2017. Categories: Fiction » Mystery & detective » General
PI Charlie Hampton dodges bullets trying to clear his client, Jack, of a murder rap. But might shady Jack be in jail for just cause? Enter the Triad bosses, intent on tracking down a lost heroin shipment, also the thief that nabbed it and murdered their man. Jack is going down and will Charlie go down with him? Not if he can help it. It's murder, madness and mayhem but also a lot of fun.

You have subscribed to alerts for Pringle McCloy.

You have been added to Pringle McCloy's favorite list.

You can also sign-up to receive email notifications whenever Pringle McCloy releases a new book.