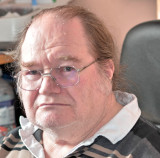 I was born in the United Kingdom; my parents were wardens for the Youth Hostels Association on a smallholding in Surrey. My formative years were spent in the City of Bath in Somerset, where I spent many evenings at the roller-skating rink watching pop-groups such as ‘the Small Faces’, ‘the Yardbirds’, ‘the Trogs’ and many more. Those were the sixties, the days of the Mods and Rockers, where the Rockers did nasty things with motorcycle chains to the scooter-riding Mods; one Mod needed fifty stitches around his head. These were my elders!?

I dragged myself through college in Middlesbrough, Yorkshire, and emerged as a computer programmer. Living in a one-up-one-down bedsit on a modest budget, I would spend the weekends walking the town, window shopping. The highlight of the year was the biannual fair where I became very friendly with the roustabouts. I spent most of my evenings at the Paratrooper, a canted wheel with hanging chairs and parachute covers that looked like umbrellas. After a few days, I was inside the fence surrounding the ride; it was very flattering as I was a bit skinny for a roustabout; I guess I looked okay, dressed in jeans and a T-shirt. Two girls were trying to get my attention; one had jet-black hair to the middle of her back; she was as shy as I am. It was a couple of days before I put my hands around her waist and thought ‘I am not letting this one get away’. She is still my wife.

After twelve years in permanent employment, I entered the world of the contractor. Most contracts were away from home in bed and breakfast; my first was in Antwerp in Belgium. I had a lot of spare time available. My first attempt at creative writing was for all the wrong reasons. I was alone and writing to preserve my sanity. A writer needs the desire to write about a subject they believe in. I was writing about whatever came into my head. It was emotional rubbish, but it achieved its objective; sanity was preserved.

I enjoy reading: - romantic adventures written by Ryder Haggard (She, King Solomon’s Mines, and ‘Alan Quatermain’), - Black Magic stories of Dennis Wheatley (‘The devil rides out’, ‘The Satanist’, and ‘They Used Dark Forces’), - the sex change stories of Ursula K Le Guin (loved the concept of Kemmer in ‘The Left Hand of Darkness’), and Robert A Heinlein (‘Stranger in a strange land’, ‘Time enough for love’, ‘I will fear no evil’), - Tolkien (the lord of the rings), J K Rowling (Harry Potter), Charlaine Harris (The Sookie-Stackhouse mysteries), and E L James (50 Shades of Grey).

What if real magic exists today? How would it behave and what would be its limitations? How would it affect magic-users and their subjects?

My first book “Merlin Parnassus” recounts the life of Merlin, who was blessed by Gaia; he was given long life and promised he would master Real Magic. He was the wizard at King Arthur’s court.

My trilogy “Samantha’s Journey” postulates that magic spells were defined like computer programs.

I look at what I believe to be the philosophy of life. Reincarnation is a subject that fascinates me. I am a lapsed Christian. I was educated by both Roman Catholic and Church of England faiths. I do believe in God; however, I do not believe in all that is written in the Bible. There is too much vanity written in the laws. It is difficult to distinguish between priests and politicians.

Your host tells you he is a magician who uses ‘real magic’ in his stage illusions. Would you volunteer to be his assistant?

When did you first start writing?
School was very demanding. I have a dreadful memory and started to write everything down. I wrote letters to my mother while I was at college, but a once a week habit became once a month as my studies grew; eventually it became half term only as I hitch-hiked home at the end of each term. My first attempt at writing a short story began for all the wrong reasons. I was away in Belgium on a contract. I was alone in a small bedsit. I was writing to preserve my sanity as I had nothing else to do. A writer needs the desire to write about a subject they believe in. I was writing about whatever came into my mind. It was emotional rubbish but it achieved its objective; sanity was preserved.
Where did you grow up, and how did this influence your writing?
I grew up in Somerset in a small village called Hinton Charterhouse. I was educated at the village primary school and my first writing challenge was to write an essay about the village cricket team. I had to supply a drawing with my work. I remember the argument I had with my teacher when I tried to use a ruler to draw the creases in the cricketer's trousers. She seemed to miss the point I was trying to make. I went on to my senior education at Frome Grammar School. In my Ordinary-Level exams year the form was challenged to write an essay about a major event in our lives; it was supposed to be anonymous. My essay was read out last and declared the winner. I never did believe that the teacher did not recognise the handwriting.
Read more of this interview.

Where to find Peter Rendell online 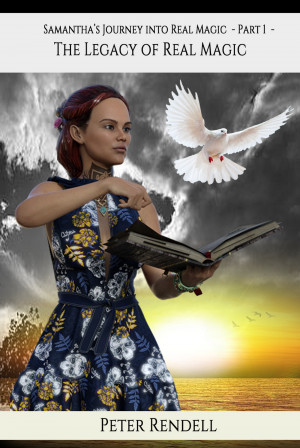 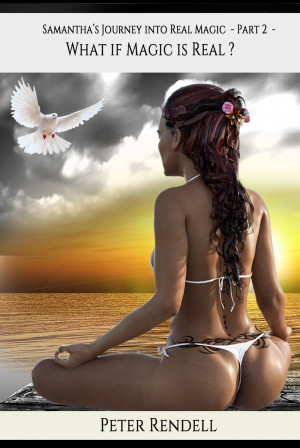 Samantha's Journey into Real Magic Part 2 by Peter Rendell
Price: $4.99 $2.00 USD. (60% off!) Words: 95,910. Language: English. Published: June 20, 2019. Categories: Fiction » Fantasy » Urban, Fiction » Romance » Paranormal
In Cuba, ZED was recovering from his close encounter with Merlin. His endeavour to find the ‘subject tested positive’ was successful. He now knew it was Samantha. He had one answer and many more questions. Back in Milton, Arturus fixed the patients and Samantha was left to come up with stories to explain away the recoveries. Can she remain secret, sane and safe? 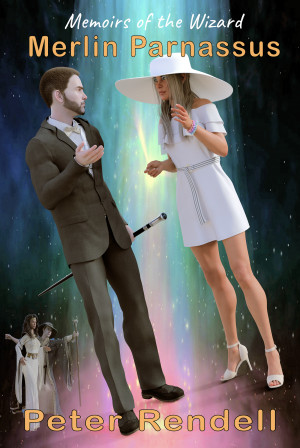 Merlin Parnassus by Peter Rendell
Price: $3.99 $1.60 USD. (60% off!) Words: 75,430. Language: English. Published: October 25, 2018. Categories: Fiction » Fantasy » Urban, Fiction » Romance » Action/adventure
Merlin Parnassus was the wizard at King Arthur’s Court. Here are his tales of real magic, romance and survival, through to today. Merlin was born on a bed of leaves in a coppice of Plane trees in the glades of Mount Parnassus; his mother lay dying beside him. His rescuer was a wise woman known as Sibyl; she adopted Merlin and taught him all she knew. Merlin grew up at the Oracle of Delphi. 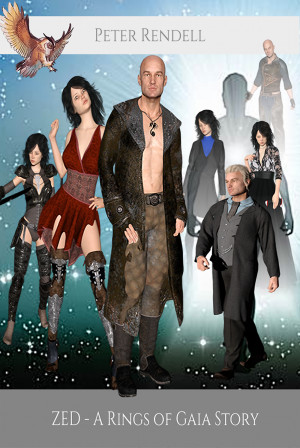 Zed - A Rings Of Gaia Story by Peter Rendell
Pre-release—available June 25, 2020. Price: $2.99 USD. Language: English. Categories: Fiction » Fantasy » Dark, Fiction » Romance » Paranormal
ZED was not blessed with long life like Merlin Parnassus, but, by using the power of a ring of Gaia, he had avoided his ‘Day of Reckoning’. If the ring was held by ZED and a pregnant woman when she was at 26 weeks term, ZED’s spirit could move into the new foetus. His memories would be stored in the ring of Gaia when his body died. The pregnant woman was one of ZED’s granddaughters.

You have subscribed to alerts for Peter Rendell.

You have been added to Peter Rendell's favorite list.

You can also sign-up to receive email notifications whenever Peter Rendell releases a new book.