Richelle grew up a latch-key kid in a small town in Michigan. The freedom of being parent-free gave her a myriad of ways to explore her environment. Her childhood home crouched on a small pond originally carved out of the Kalamazoo River to drive a grist mill built in the 1860s. Four distinct seasons in each of the 20 years spent in and on the pond and among its surrounding forests and marshes provided countless hours of playtime and has given her an appreciation for nature she could have never gotten from any classroom. That love of nature has snuck its way into nearly all of her writing.

Where did you grow up, and how did this influence your writing?
I grew up as a latch-key kid in a small town in Michigan. The freedom of being parent-free taught me not only how to take care of myself, but how to explore my environment. My home crouched on a small pond originally carved out of the Kalamazoo river to drive a grist mill that was built in the 1860s. Four seasons across 20 years spent in and on the pond and among its surrounding forests and marshes provided countless hours of exploration, teaching me an appreciation for nature that I could have never gotten from any classroom. That love of nature has a way of sneaking its way into my work.
When did you first start writing?
I began writing professionally as an IT support person and have been published in a national paralegal magazine. Though I've kept journals off and on since I was a young adult, I didn't really start writing fiction until just a couple years ago when I watched a friend go through the process. Seeing her accomplish a dream that had been one of my own since my late teens gave me the inspiration I needed to get my first novel written. I hope to release that novel, and a second one that I wrote a year later, at some point in the near future.
Read more of this interview.

Where to find Richelle Renae online

Read Write Ponder by Richelle Renae
Read Write Ponder is a collection of short stories constructed to engage readers, writers, and educators. Each novelette-sized book is comprised of a single short story, writing prompts to encourage creative writing, discussion questions for thoughtful analysis of characters and theme, and a letter from the author about her inspiration for the story and the techniques she used to write it. 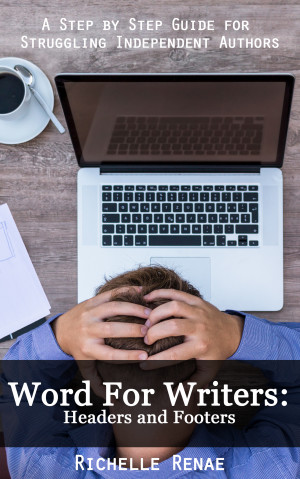 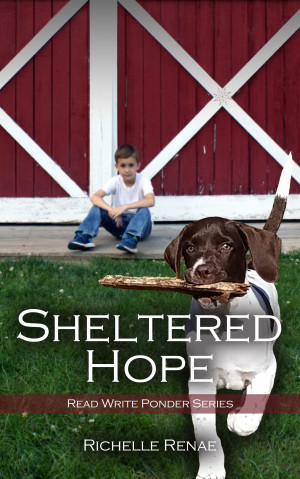 Sheltered Hope by Richelle Renae
Series: Read Write Ponder, Book 4. Price: $1.99 USD. Words: 5,120. Language: English. Published: July 28, 2017. Categories: Fiction » Literary collections » Female authors, Fiction » Educational
When a boy finds a stray puppy, it comes as a surprise to everyone that he's allowed to keep her because his father is a hard man who thinks chores are more important than pets. It isn't long, though, before Hope wriggles her way into everyone's heart. 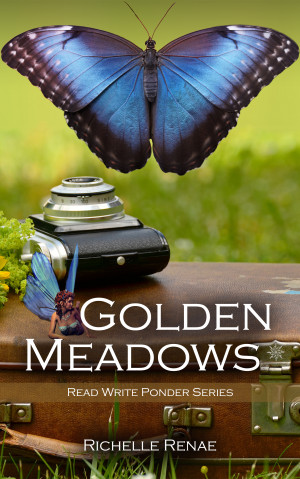 A man who's always seen the world through an artistic lens, where boat railings are covered in vermilion paint under cotton candy clouds, would like nothing more than to get validation from the son who's always thought his father was crazy. What if he isn't crazy at all? What if faeries are real? Sometimes fathers and sons have lenses that will never be focused the same. 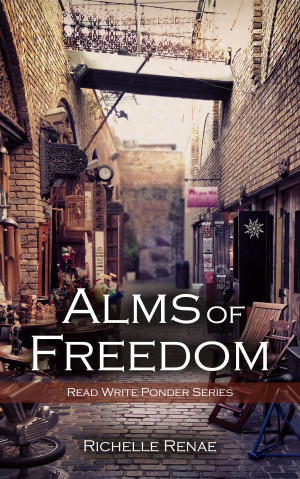 Alms of Freedom by Richelle Renae
Series: Read Write Ponder, Book 2. Price: $1.99 USD. Words: 4,520. Language: English. Published: April 1, 2017. Categories: Fiction » Literary collections » Female authors, Fiction » Literature » Literary
When a woman visits a foreign country for the first time and heads out to the bazaar to purchase a gift for her host family, the host's son joins her to act as interpreter. The boy teaches her enough common phrases to allow her to communicate with the vendors, and not get swindled, but it isn't until she trips over an old crone selling wishes, that she learns the most valuable lesson of all. 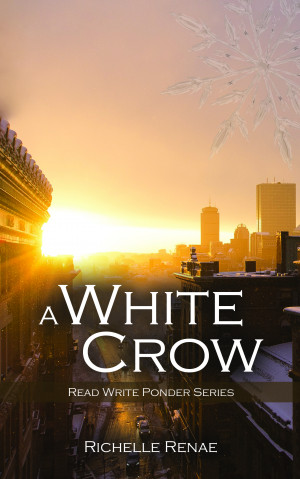 A White Crow by Richelle Renae
Series: Read Write Ponder, Book 1. Price: $1.99 USD. Words: 8,470. Language: English. Published: March 17, 2017. Categories: Fiction » Literature » Literary, Fiction » Educational
Mac and Lisa are a young, recently engaged couple still working out the kinks of their new relationship and coming to terms with the challenges of living together in the big city. When Mac casually borrows the one item that Lisa attributes all her success to, both their lives are dramatically affected.

You have subscribed to alerts for Richelle Renae.

You have been added to Richelle Renae's favorite list.

You can also sign-up to receive email notifications whenever Richelle Renae releases a new book.