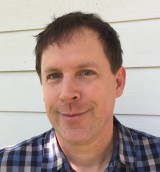 827 readers have added this author as a 'Favorite Author'.

I'm Mark, founder of Smashwords. Our mission is simple: we want to create the world's single best ebook publishing and distribution platform for our indie authors, publishers, literary agents and retailers.

I'm co-author with my wife of Boob Tube, a novel that explores the wild and wacky world of Hollywood celebrity. I also wrote the Smashwords Book Marketing Guide (how to market any book for free), the Smashwords Style Guide (how to format, produce and publish an ebook) and The 10-Minute PR Checklist (helps entrepreneurs and business managers think more strategically about public relations. It's not written for authors, though some authors find it valuable.).

When I'm not writing or working on Smashwords, I enjoy gardening, traveling and hiking tall mountains, the tallest of which has been Mt. Kilimanjaro.

Write me at first initial second initial at you know where dot com (though please direct all support inquires to the "comments/questions" link you'll find on any Smashwords page).

What motivated you to become an indie author?
I never set out to become an "indie" author. I simply wanted to become a published author. Back in 2005, my wife and I co-wrote Boob Tube, a novel that explores the wild and wacky world of daytime television soap operas. My wife is a former reporter for Soap Opera Weekly magazine. Our dream was to see our novel on the shelf at Barnes & Noble. Even though we were repped by an excellent agent at one of New York's most respected literary agencies, publishers refused to acquire the book because previous soap opera-themed novels had sold poorly.
Is this what led you to create Smashwords?
Yes. It was our agent who suggested we self-publish back in 2007 (he was ahead of his time!). I liked the idea, and had read Dan Poynter's excellent reference, Dan Poynter's Self Publishing Manual, but I realized without the benefit of print distribution - something only a traditional publisher could offer - our self-published print book would go undiscovered and unread. I began to imagine the hundreds of thousands of other writers facing the same dilemma, where traditional publishers had all the power to crush their dreams of publication simply because they didn't see the commercial potential. I began to realize that publishers in the business of selling books, not publishing books. I don't hold this against them. Of course they need to make money to keep the lights on. Yet the value of books to humanity, in my opinion, cannot be measured by dollars alone. If you want to publish a cookbook of your family recipes for the benefit of your children and grand childen, that book in my mind is every bit as valuable as anything put out by New York. I decided that this focus on perceived commercial merit, and the inherent economic inefficiencies of producing, publishing and distributing print books, was threatening the future of books. I felt there needed to be a better way. I decided ebooks might provide the path toward democratized publishing. I thought it would be really cool if there was an ebook self-publishing platform that would make it fast, free and easy to publish an ebook. This was the genesis behind Smashwords. I wanted to create a global publishing platform that would allow *me* to take a chance on every author, at no cost or risk to the author. I wanted to give every writer in the world the freedom and opportunity to publish, and I wanted to give readers the freedom to decide what was worth reading. I believed that if writers were simply given a chance, that the entire world would be surprised by the amazing talent and knowledge locked between the minds and fingertips of ordinary writers around the globe. We launched Smashwords in 2008, and today we help authors publish and distribute over 200,000 titles.
Read more of this interview.

Where to find Mark Coker online 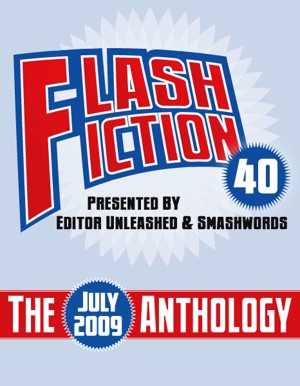 In May 2009, Editor Unleashed and Smashwords co-sponsored The Flash Fiction 40 Contest. Writers submitted stories of 1,000 words or fewer on the Editor Unleashed forum. Maria Schneider, with the community's input, selected the winners. More than 280 writers took up the challenge and posted a story. Here, for your reading pleasure, are the top 40 stories.

Smashwords Guides by Mark Coker
Learn how to publish ebooks with pride, professionalism and success! These free guides have been downloaded over 700,000 times, making them an indispensable resources for authors looking to learn the best practices of the most successful ebook authors. 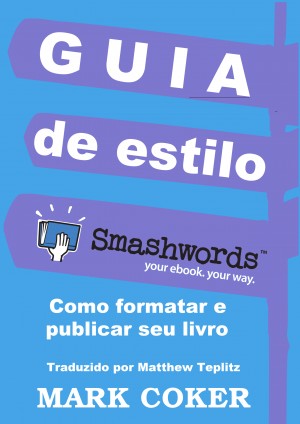 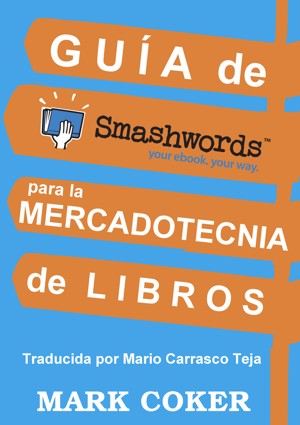 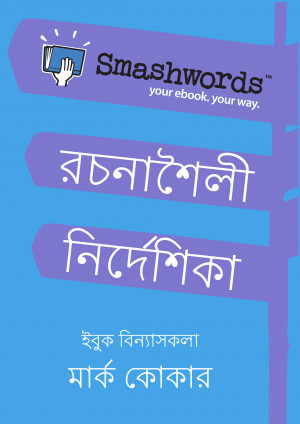 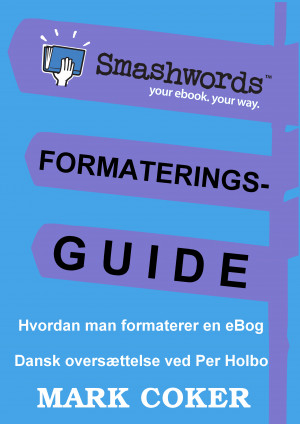 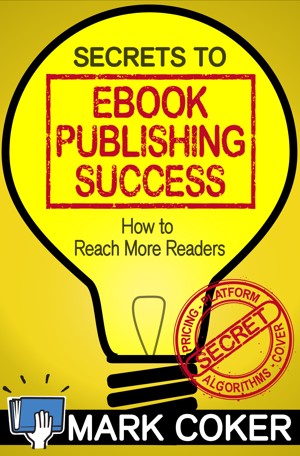 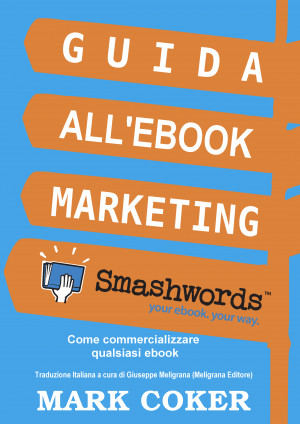 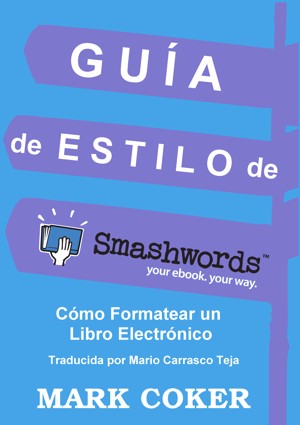 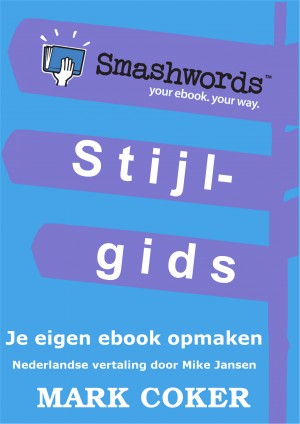 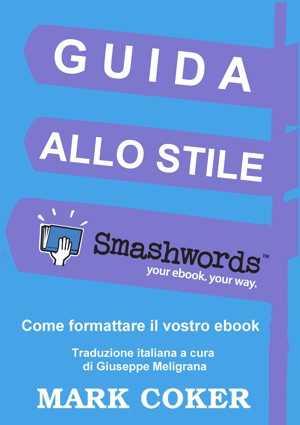 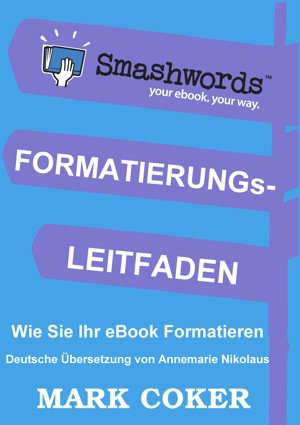 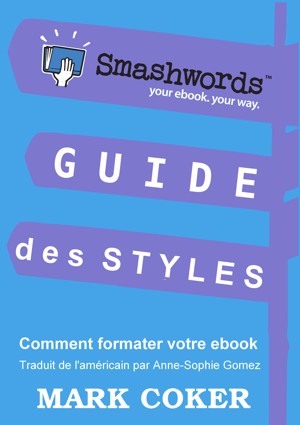 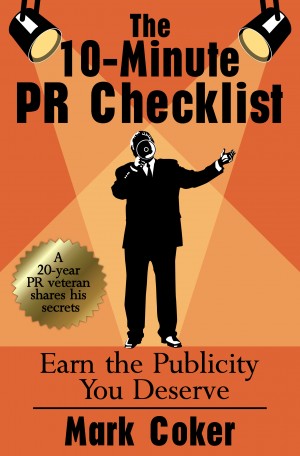 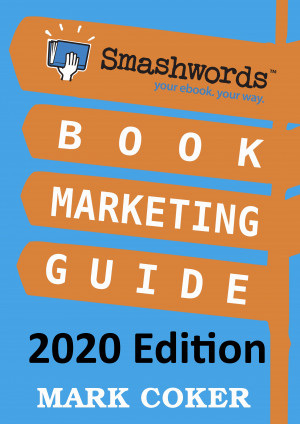 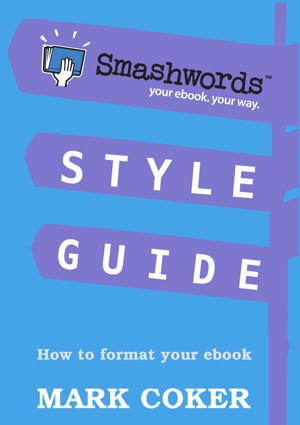 The Smashwords Style Guide has helped thousands of authors produce and publish high-quality ebooks. This free guide offers simple step-by-step instructions to create, format and publish an ebook. It's required reading for any author who wants to distribute their book via Smashwords to major ebook retailers such as Apple iBooks, Barnes & Noble, Scribd, & Kobo. Revised September 24, 2014. 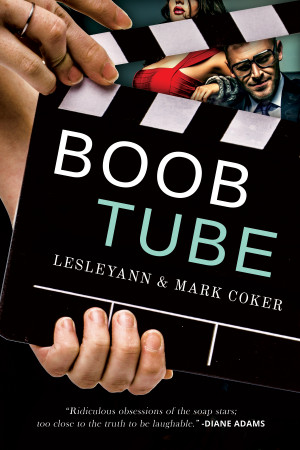 Actress Gina Martin lands a role on a top daytime television soap opera, and days later her predecessor is found dead in the Hollywood hills. Will Gina be next? Boob Tube offers readers a fast-paced read filled with intrigue and humor, and a surprise ending that will leave you breathless. Co-written by Lesleyann Coker, a former reporter for Soap Opera Weekly Magazine.

Ron Gruner
Latest book: Anatomy of a Lawsuit: A Client's Perspective of a Multi-Million Dollar Federal Lawsuit.
Published May 2, 2008.

You have subscribed to alerts for Mark Coker.

You have been added to Mark Coker's favorite list.

You can also sign-up to receive email notifications whenever Mark Coker releases a new book.