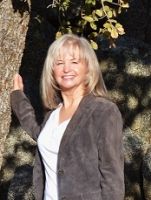 Shirleen Davies writes romance—historical, contemporary, and romantic suspense. She grew up in Southern California, attended Oregon State University, and has degrees from San Diego State University and the University of Maryland. During the day she provides consulting services to small and mid-sized businesses. But her real passion is writing emotionally charged stories of flawed people who find redemption through love and acceptance. She now lives with her husband in a beautiful town in northern Arizona.

Shirleen loves to hear from her readers.

What motivated you to become an indie author?
I did extensive research on traditional versus Indie. This research drew me to become an Indie author. The decision points for me were control of rights, ability to work with professionals of my choice, Indie income versus what traditionals pay mid-list authors, and ability to promote when, where, and how I want. The fact is, I couldn't find any benefit to going traditional. Someday, I may try hybrid, but again, maybe not.
How has Smashwords contributed to your success?
I've used Smashwords since publishing my first book. Mark and his staff have always been great at answering questions and supporting Indie authors. I have no released 40 books and all are available through Smashwords.
Read more of this interview.

Where to find Shirleen Davies online

Tougher than the Rest, Book One of the MacLarens of Fire Mountain
“A passionate, fast-paced story set in the untamed western frontier by an exciting new voice in historical romance.” Niall MacLaren, widower and single father, is the undisputed leader of the family. Katherine’s life is perfect until an accident throws her into the arms of the one man who can destroy it all. Niall discovers he will have to harden his heart and be tougher than he’s ever been.

You have subscribed to alerts for Shirleen Davies.

You have been added to Shirleen Davies's favorite list.

You can also sign-up to receive email notifications whenever Shirleen Davies releases a new book.