L.A.Wright is an avid reader and writer. Growing up in a family of nine, stories were always welcome and expected. Besides working on her novels, she writes book reviews for her own blog as well as Blog Critics and The Romance Reviews.
L.A. Wright lives in the great Northwest with her husband.Besides burning a candle at both ends and keeping up with her interesting family, she does a fine job of showing a composed facade to those who do not know her. Reading and writing are her main passions in life, outside of her family.

Where to find L. A. Wright online 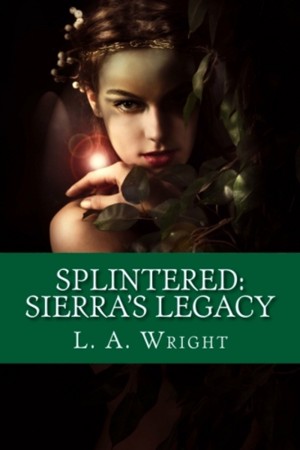 Splintered: Sierra's Legacy by L. A. Wright
Price: $2.99 USD. Words: 60,190. Language: English. Published: June 12, 2011. Categories: Fiction » Young adult or teen » Science Fiction
Born an orphan of three worlds, Sierra learns of a rare magic common to only one race. Even there the magic is unique and she must learn how to use it to save a world on the precipice. It is up to her to find two others with similar magic and backgrounds born for the very task of saving the Splintered worlds from ruin. Can she live up to her destiny and find the others in time?

You have subscribed to Smashwords Alerts new release notifications for L. A. Wright.

You have been added to L. A. Wright's favorite list.

You can also sign-up to receive email notifications whenever L. A. Wright releases a new book.