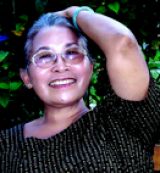 Ni Wayan Murni, born in Penestanan, Bali, is a very well-known personality on the Bali scene and a pioneer of Balinese tourism. During her career she has lived in Sanur and Ubud and has travelled widely. By the early 1970s she owned 4 shops on Sanur beach and had opened Ubud's first real restaurant, Murni's Warung, overlooking the Campuan River and was on the way to becoming one of the most famous people in Bali. Since then thousands of people have enjoyed her food and hospitality. She is still very active in the restaurant.

During her adult life Murni has been busy collecting and becoming an expert on Asian antiques and textiles and many of them are to be found in Murni's Warung Shop beside the restaurant. She was the first person in Ubud to have a proper gallery of antiques, textiles, costumes, old beads, tribal jewelry, stone carvings, masks and other ethnic pieces. Many of her pieces are museum quality and her fine arts credentials are impeccable. She is a member of the Thai Textile Society.

In 2007 and 2009 she exhibited part of her collection at the prestigious shows, Arts of Pacific Asia and Tribal Arts & Textiles, in San Francisco and gave a lecture on Balinese textiles to the Textile Arts Council at the de Young Museum. She understands and participates in Balinese culture on a daily basis and plays in a women's gamelan group at important religious ceremonies

She has written numerous articles on Balinese art and culture and Secrets of Bali, Fresh Light on the Morning of the World by Jonathan Copeland and Ni Wayan Murni published by Orchid Press in 2010 and in its second print run. It is also available as an ebook on its own web site http://www.secretsofbali.com and http://www.murnis.com, Amazon, iBookstore, Barnes & Noble and elsewhere..

Murni’s Very Personal Guide to Ubud by Ni Wayan Murni and photographs by Jonathan Copeland was published in October 2011 and is available as an ebook on http://www.murnis.com, Amazon, iBookstore, Barnes & Noble and elsewhere.

Ni Wayan Murni and Jonathan Copeland wrote From Tattoos to Textiles, Murni's Guide to Asian Textiles, All You Need to Know ... And More, which is an ebook available on http://www.murnis.com and Amazon, iBookstore, Barnes & Noble and elsewhere.

In the early 1980s Murni started to construct Murni's Houses in Ubud, a complex of four, now six, units of accommodation and open-air pavilions amid a garden full of flowers, statues, fountains, trees and shrubs lying all by itself next to open fields. It is a wonderful introduction for first timers to Bali and a dependable refuge for her many guests who return each year. Just 5 minutes walk from the main road and accessed through a traditional Balinese roofed gate, it's a place of tranquility.

Murni's architectural abilities are best appreciated in Murni's Villas, which are fifteen to twenty minutes drive outside Ubud and a world away from life's cares and concerns. These three luxury accommodations are known as Villa Kunang-Kunang, named after the fireflies that sparkle above the surrounding rice terraces at night. Murni lives in one and offers the others to guests.

Murni's latest venture is the creation of Tamarind Spa at Murni's Houses, which was listed as the top spa in Ubud on Trip Advisor within 3 months of its opening. It is intended to bring all these aspects of Balinese art, luxury, and culture together in one healing experience.

To celebrate the 40th anniversary of Murni's Warung, Forty Delicious Years, Murni's Warung, Ubud, Bali, 1974-2014, From Toasted Sandwiches to Balinese Smoked Duck was published in 2014. It has its own web site http://www.fortydeliciousyears.com and channel on You Tube http://www.youtube.com/watch?v=YFq22MYP-_s

Murni and Jonathan Copeland have a joint blog http://www.murnis.com

Where to find Murni online

Murni's Ubud, Bali
This is a short video of my work in Ubud, Bali. 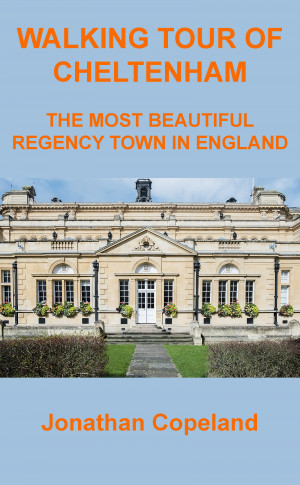 Walking Tour of Cheltenham, The Most Beautiful Regency Town in England by Jonathan Copeland
Price: $4.99 USD. Words: 21,880. Language: English. Published: December 26, 2017 by Murni. Categories: Nonfiction » Travel » Travel - Reference, Nonfiction » History » European
It is a delightful town, full of wonderful architectural gems, all of which have interesting stories to tell. It was a fashionable place to visit in Georgian and Regency England at a time of momentous change, when foreign kings ruled the country. It was when Britain successfully fought to be the leading player on the world stage, becoming modern and global in the process. 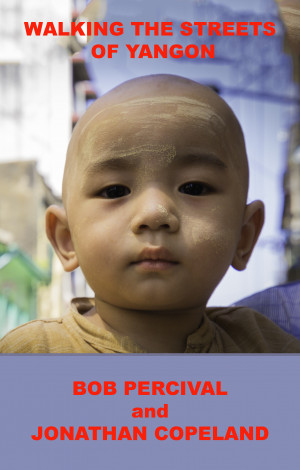 WALKING THE STREETS OF YANGON, The people, stories and hidden treasures of downtown cosmopolitan Yangon (Rangoon) by Jonathan Copeland
Price: $4.98 USD. Words: 38,680. Language: English. Published: August 23, 2017 by Murni. Categories: Nonfiction » Travel » Hikes & walks, Nonfiction » Travel » Specialties & interests
This book is a guide to walking the downtown streets of Yangon. Here are the stories of the streets and the people that live in them. This book is also about the love of walking, of discovering the rhythms, streetscapes and hidden treasures of individual streets. 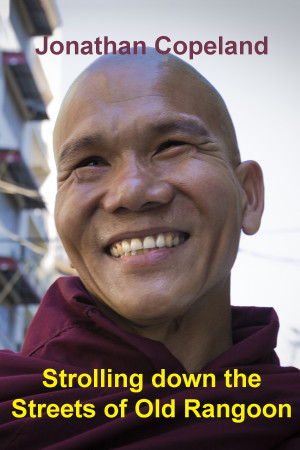 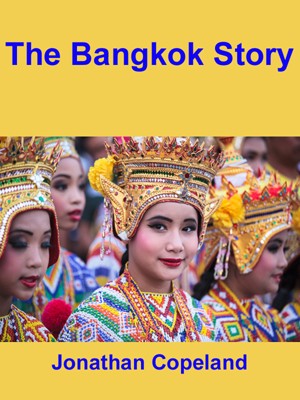 The Bangkok Story, an Historical Guide to the Most Exciting City in the World by Jonathan Copeland
Price: $9.99 USD. Words: 54,590. Language: English. Published: August 30, 2013 by Murni. Categories: Nonfiction » Travel » Travel - Reference, Nonfiction » History » Asian
The Bangkok Story traces the history of Bangkok up to the present day, and describes and places the main buildings in the city in context, to explain to the visitor their meaning and relevance, something that the usual guide books do not cover. There are a lot of places not mentioned in other books. There are directions and opening hours. The book is illustrated with over 400 colour photographs. 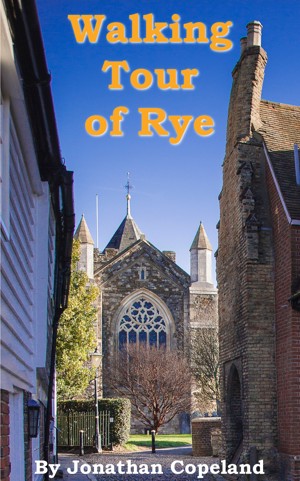 Walking Tour of Rye, the Most Beautiful Town in England by Jonathan Copeland
Price: $7.99 USD. Words: 21,820. Language: British English. Published: August 3, 2012 by Murni. Categories: Nonfiction » Travel » Travel - Reference, Nonfiction » History » European
Rye, 70 miles south of London, is a small town, rich in history and numerous well-preserved buildings. The town is just the right size to go on a walking tour. This guide explains every important building and directs you to the next one. There are stories of French raids, piracy, murder, plague and Royal visits. Brief history lessons to read on the tour or at home. There are over 100 photographs. 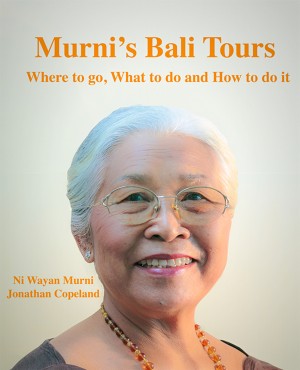 Murni's Bali Tours, Where to go, What to do and How to do It by Murni
Price: $9.99 USD. Words: 19,160. Language: English. Published: January 30, 2016. Categories: Nonfiction » Travel » Travel - Reference, Nonfiction » Travel » Travel - Reference
Tours of Bali routinely offered by travel agents and drivers haven’t really changed for decades. But there are now a lot of exciting new places to visit and I want my guests to see them all. I would also like my guests to have helpful and accurate information about these fresh destinations, so I’ve put together a whole new set of trips and this ebook. 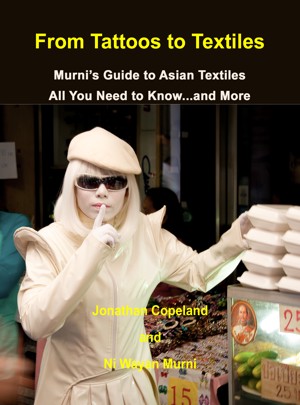 From Tattoos to Textiles, Murni's Guide to Asian Textiles, All You Need to Know…And More by Murni
Price: $9.99 USD. Words: 50,390. Language: English. Published: November 22, 2013. Categories: Nonfiction » Antiques & Collectibles » Apparel, costumes, & textiles, Nonfiction » History » Asian
From Tattoos to Textiles examines the evolution and meaning of Asian textiles from earliest times by reference to how they are made and the use to which they are put by tribal societies, particularly in Indonesia. There are references to ancient mythologies and photographs from the author's collection. 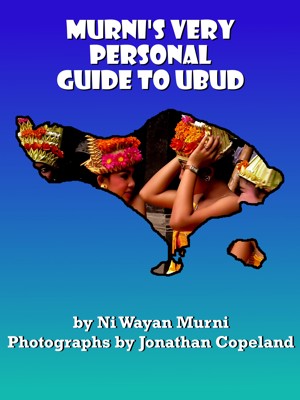 Murni's Very Personal Guide to Ubud by Murni
Price: $2.99 USD. Words: 23,640. Language: English. Published: October 24, 2011. Categories: Nonfiction » Travel » By region
Roy Thompson said "Secrets of Bali is the best book about the island written and published since 1990 ...". This time I concentrate just on Ubud, the cultural heart of Bali, which is a must for visitors to Bali. I've lived all my life in Ubud and have been involved in tourism: restaurant, shops, textiles, art, accommodation and spa, so I am sharing some of my knowledge, including some pitfalls.

You have subscribed to alerts for Murni.

You can also sign-up to receive email notifications whenever Murni releases a new book.