Nancy Parish- a Midwest native, has always loved books. She had the idea to write Hard Sell after escaping the hard sell life of health club sales. She was hooked and now spends her spare time either cuddled up with a good book or writing one, usually with a cat or two by her side.

Where to find Ann Bailey online 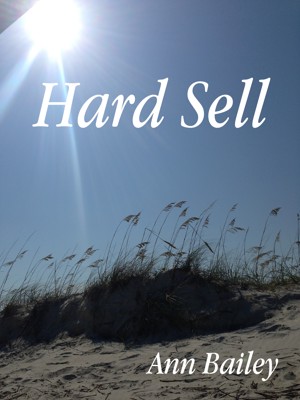 Hard Sell by Ann Bailey
Price: $0.99 USD. Words: 44,310. Language: English. Published: August 30, 2013. Categories: Fiction » Mystery & detective » General
It’s 1992, The Memphis Club is the place to be seen in Memphis. But for Kent Hamilton, the hard sell at the club is taking its toll. When he’s offered a free trip to Key West to pick up a package he jumps at the chance. Little does he know, the contents of that package and that trip will draw him into the underbelly of The Memphis Club where there’s only one way out and it’s not the front door.

You have subscribed to alerts for Ann Bailey.

You have been added to Ann Bailey's favorite list.

You can also sign-up to receive email notifications whenever Ann Bailey releases a new book.