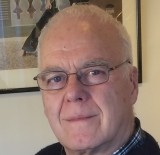 Nick Wastnage is a crime writer, an optimist, and lover of things wild and wonderful. This eclectic mix makes his books different from other crime novels. His life hasn’t been dull, and he’s used his rich life-experiences to write books with unique, compelling plots that twist and turn, where the characters are multi-layered and life-like. He’s written ten books and short stories. At present, he’s in the middle of writing a trilogy, The Harry Fingle Collection, about a crusading journalist, Harry Fingle, dedicated to publishing the truth, regardless of threats to his life. Playing Harry, the first in the trilogy, is available now.

Nick was born in a small, seaside town in Essex, England. After school, he joined The Royal Marines as a Lieutenant, and led a troop of marines in a military operation in Borneo, where he was shot and airlifted from the jungle to a nearby hospital. During his time in the marines, he learnt about leadership, dealing with stress, and dedication to achieving a goal. His most cherished moments were leading and working with his team to achieve their mission.

He spent five years in the marines, and then went into business, where he was able to blend his understanding of human nature, experience of stress, and goal-setting logic –all learnt from the military – with business expectations, and bring about some success.

Over the years, he’s experienced a few death-defying moments, business success and failure, near bankruptcy, and some sporting achievements. He’s enjoyed much personal happiness, and been touched by tragedy. He thrives on adversity – thinking, Where one door closes, another opens.

He’s sanguine about life, and doesn’t see his past as special, just stuff he’s been through. He works hard to use his life experiences and understanding of people to make his books realistic, compelling, and as good as he can get them. Most of all, he wants the reader to enjoy them.

Where to find Nick Wastnage online

You have subscribed to alerts for Nick Wastnage.

You have been added to Nick Wastnage's favorite list.

You can also sign-up to receive email notifications whenever Nick Wastnage releases a new book.