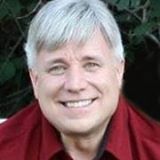 Mr. Wright is not new to the publishing world, neither is he a novice at writing. In fact, he has worked professionally as a writer, director and producer of television and radio productions, commercials, documentaries and infomercials. He won the coveted Silver Telly Award for a television productions for THE YELLOW JACKET TRAP, by Stirling International, two other Telly Awards, and five Silver Microphone awards on radio commercials for Nissan.
Phillip C. Wright is a resident of Bountiful, Utah. He has been married to Shaun (McKinney) Wright since 1982. They are the parents of seven children, and they have six grandchildren.

He has written and directed numerous plays including a full length musical re-creation with Brett Raymond called "First Light" with an original cast over 200 people.

Phill is in the process of publishing several new books. The NOT WITHOUT MERCY series begun with the first volume, THE BLACK DEATH. The series will contain at least two more volumes, book two, THE PASSAGE HOME, to be released in 2014 and book three, REDEMPTION, will be released in 2014, along with two other books, TIME AND TIME AGAIN and THE ARM OF THE FLESH.

Where did you grow up, and how did this influence your writing?
I grew up in the suburbs of Atlanta, Georgia. As a small boy, I was constantly making up stories, creating characters and entertaining my friends with my lively imagination. I have always been a people watcher; I like to see how people react to the world around them, everything from people in the grocery store, at the airport, in the mall or walking down the street. My father moved our family from house-to-house, town-to-town and eventually state-to-state over twenty times during my childhood. This constant moving made it difficult to make life-long friendships and it made it nearly impossible to ever feel planted. I found that story telling helped me to create a life with stability; it gave me control over my own destiny.
When did you first start writing?
I started writing down my stories when I was in the 9th grade. I remember our drama teacher told us about a new technology called videography and that she had been given permission by the school district to borrower a video camera. I wrote a short play called The Villain Strikes Again. It was a five minute black and white comedy bit based on the old Dudly Doright series. I still have the video and one day will post it to Youtube. I wrote my first short story as a junior in high school. The title of the story was, Murder On Terobicombobicavitzcavatzcaloby Island. I know, a long and stupid title, but hey, I was a 16 year old and it was an English class assignment.
Read more of this interview. 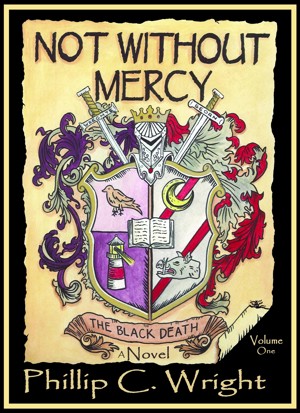 You have subscribed to alerts for Phillip C Wright.

You have been added to Phillip C Wright's favorite list.

You can also sign-up to receive email notifications whenever Phillip C Wright releases a new book.