Hey there!
My name is Kari, if you didn't guess already, and I'm a writer (surprise!).
I also enjoy long walks on the beach and sipping on piña coladas.
Just kidding!
I'm really just a... small town girl, I guess you could say, with a semi-functioning laptop and a dream. A dream of becoming a 'real' author, that is. Which, actually, I'm not quite exactly sure how that is defined, so when and how I'll reach it, if I do at all, I don't really know.
However, I'm working extremely hard on my writing these days. As in, like, EVERY day. Even after a long day of other mental and manual work (I'm also a college student, artist, and frequent nanny), I have to add at least something to whatever story I've currently got in the works, otherwise, I physically cannot sleep. But, I do love writing—I really do. And, apparently, it must have a thing for me, too.
Now, really, y'all should get to reading more important things than an exhausted 20-some-year-old wishful author's bio. More important things like... the books she's actually written!
Happy reading, all you homedogs.
--Kari

When did you first start writing?
Um... probably ever since I could first hold a pencil, haha.
I remember really starting to write stories when I was in 1st grade, around 6 years old. My spelling was probably terrible (it still is, but thank god for spellcheck, right?) and my hand writing was probably an illegible mess. But, I kept writing through elementary school, and I even still have some of the stories I wrote in a old folder laying around here... somewhere, haha!
Anywho, I wrote some more stories when I got a little older on the old desktop computer my family used to have... but those ones were lost a while ago when the computer broke down. Oh, well. After that, though, I wrote a whole lot more in my middle school years... and then into high school... and then, well, the rest is still unwritten, I suppose, haha.
Where did you grow up, and how did this influence your writing?
Oh, boy...
I grew up in the backwoods of good ol' Indiana, right in the middle of the country, completely surrounded by corn fields and forests. I went to a pretty small school, the kind where you pretty much knew everything about everybody. I think where I went to school has a really big influence on my writing... mostly because any classroom set-type scene I've ever written I've always based on an actual class I had in high school. Also, one story I'm working on right now in particular is told by the perspective of a gossipy high school girl in a remote town who really does know everything about everybody... and I don't think I would have even had the idea to start writing it if I hadn't gone to the school I did.
Read more of this interview.

Emma Lenford by Kari Lynn M
Written as a series of seriously ill-fated situations, Emma Lenford is like a sit-com that takes the death-defying to the level of detrimentally hilarious… no television set required. 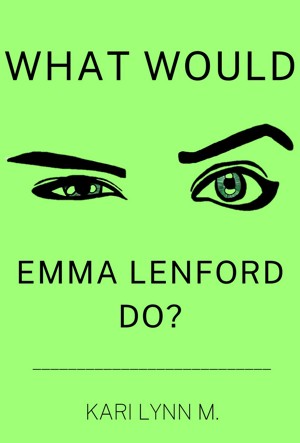 What Would Emma Lenford Do? by Kari Lynn M
Series: Emma Lenford. Price: $2.99 USD. Words: 105,520. Language: English. Published: May 26, 2022. Categories: Fiction » Young adult or teen » Humor, Fiction » Young adult or teen » Adventure
What would you do if you found a freshly deceased body in the middle of the woods during a routine community litter pick-up party? What about if your teacher crush/field trip leader suddenly passed out at the wheel of a school bus while driving a herd of terribly unruly middle school students to an art museum for what should be a day of summer school enjoyment? Would you be like Emma Lenford? 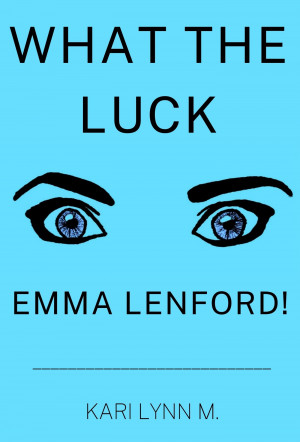 What the Luck, Emma Lenford! by Kari Lynn M
Series: Emma Lenford. Price: $2.99 USD. Words: 80,740. Language: English. Published: March 13, 2020. Categories: Fiction » Young adult or teen » Adventure, Fiction » Adventure » General
Alexa, how does one reverse a curse? Because Emma Lenford’s horrendously hapless luck has not improved since her last few brushes with the law enforcement of Wisconsin. Now, though, there’s an old guy in a hot tub and a possible pregnancy to deal with (though, please note, both are completely unrelated), among so many more misfortunes. 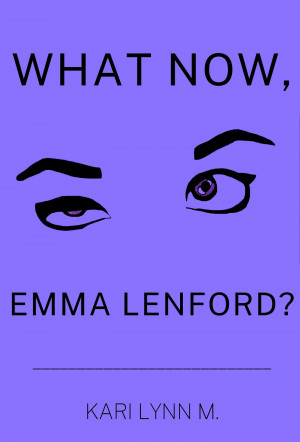 What Now, Emma Lenford? by Kari Lynn M
Series: Emma Lenford. Price: Free! Words: 86,550. Language: American English. Published: February 11, 2018. Categories: Fiction » Young adult or teen » Adventure, Fiction » Young adult or teen » Humor
Waking up in a deserted Wisconsin woods surrounded by masked members of a family witch-gang at three a.m. on a school night? Check. Becoming captured by a deeply demented elder alongside the one member of society that you probably despise the most? Yep, check. Emma Lenford's life hasn’t been this heart-stopping since she spotted Jon Bon Jovi’s tour bus at the local 7-Eleven. 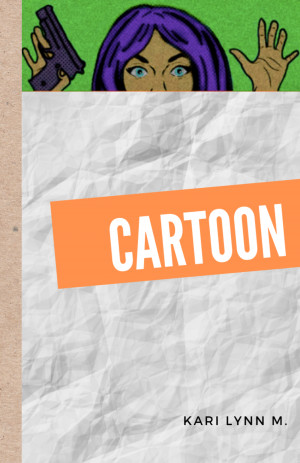 You have subscribed to Smashwords Alerts new release notifications for Kari Lynn M.

You have been added to Kari Lynn M's favorite list.

You can also sign-up to receive email notifications whenever Kari Lynn M releases a new book.