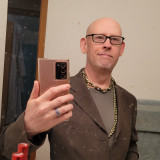 Brick ONeil grew up in America’s heartland, the midwestern United States, receiving a Bachelors of Arts in Religious Studies then moving to the southern United States for his Masters in Human Resources, living in both Oklahoma and Texas for some time before settling in the Pacific Northwestern coast in the Emerald City, Seattle.

Now he has ten books under his belt in four genres, fiction-mystery, fiction-short story, non fiction-cookbooks and non fiction-biography. He has his mystery series, The Rose Petal Wine Murder Mysteries with two books published now out of the seven; the cookbook series, “Simple, Healthy, Fresh”, with books 1.0, 2.0, 3.0 and the Ultimate; three books of short stories, Different Dreams; Unrelated: A selection of short stories and Triad: Fates, Furies and Graces finally,his short biography, Silver Linings on Dark Clouds (My Life with Alport’s Syndrome) is out as well.

Where did you grow up, and how did this influence your writing?
l grew up in America’s heartland, the midwestern United States, earning a Bachelors of Arts in Religious Studies then moving to the southern United States for my Masters in Human Resources. The midwestern United States has good, old fashioned values, family means everything and the food is fresh. People were open and honest with their emotions, so there were a lot of raw emotions for a young writer-in-training to absorb, which comes in handy with my Novels. You can see that in alot of the characters from "The Rose Petal Wine Murder Mysteries".

Fresh foods were always available at Mom's table growing up, so that certainly influenced my cooking, in addition to health issues as an adult, that forced me to learn how to shop, cook and prepare fresh, natural foods, as close to natural and whole as possible. Mom was always shopping for fresh vegetables, such as carrots, onions, celery, bell peppers, and potatoes. Lord love a duck, she certainly loved her potatoes and gravy! At almost every meal and twice on Sundays. So Mom and her cooking are never far behind in my cookbook series "Simple, Healthy, Fresh", as you read in the forwards.

I moved around a lot after high school, living in, Iowa, Missouri, Nebraska, Oklahoma and Texas for some time before settling in the Pacific Northwestern coast, in the Emerald City, Seattle. I was able to experience alot more out of life than I would have, staying in the same small home town I grew up in.
When did you first start writing?
During English classes as an Undergraduate, I can remember writing for assignments, enjoying peppering the papers, essays and research papers with descriptions, people, places, emotions and so forth. I enjoyed the process very much, but unfortunately, none of my English teachers did. They consistently marked me off for my writing, stating to 'cut the prose' and 'don't be so descriptive'. Afterwards, I never wrote again, never getting encouragement from anywhere.

It wasn't until after my kidney transplant in 2003 that my then husband encouraged me to start my first Novel, Aside of Murder. I had always had ideas tucked in the back of my mind for the first few books in the series, but never had the courage or push to actually set the ideas down in written form. That first Novel took me two years to write, but I had the idea rolling around in my mind for over twenty!
Read more of this interview.

Where to find Brick ONeil online

Aside of Murder
Price: Free! 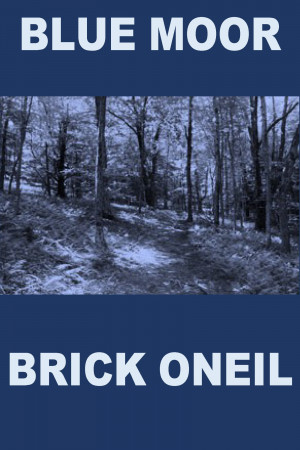 Blue Moor by Brick ONeil
Price: Free! Words: 67,160. Language: English. Published: November 12, 2017. Categories: Fiction » Fantasy » Paranormal, Fiction » Mystery & detective » Cozy
Dylan Walker is drawn to the forbidden Wolf Lodge in the outskirts of the Cascade Mountains by a voice he doesn't know. What comes is a surreal landscape and his family must fight to survive. An ancestral family of both Witches and Wolves keeps finding one shock after another due to an old hate from another country. Throughout the mists, they resolve to stay together, come what may 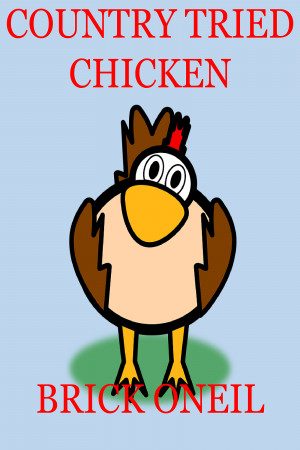 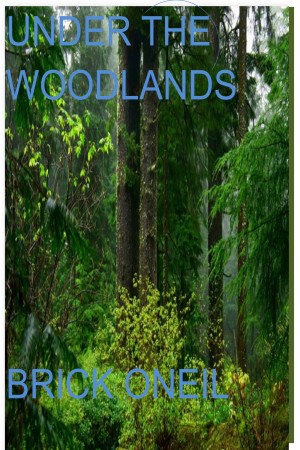 Under The Woodlands by Brick ONeil
Price: Free! Words: 13,510. Language: English. Published: November 13, 2015. Categories: Fiction » Children’s books » Fairy tales & fables, Fiction » Children’s books » Legends, Myths, Fables / General
JonEthan Aubert was raised by his Grandmere's in the Pacific Northwest between two large cities. He was happy, living in his large victorian home on the edge of the big forest. One day his world was turned upside down by some mean people and a Blue Fairy shrunk him down to size! He meets a family of Wood Elves, a MAGE council and a big bad Ogre! 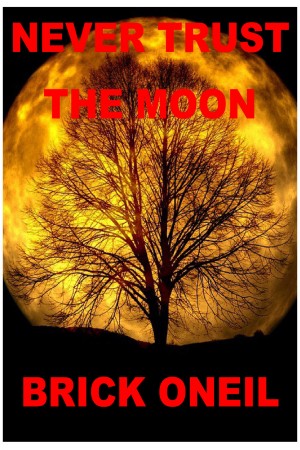 Never Trust The Moon by Brick ONeil
Price: Free! Words: 51,560. Language: English. Published: November 12, 2015. Categories: Fiction » Fantasy » Paranormal, Fiction » Gay & lesbian fiction » Gay
Cole Harris has never had a Mate in all his years as a Wolf under Alpha Joe Ballard where he works construction as one of four Beta Wolves. Codi Wilson has been running from a rival Alpha Wolf and his Betas the past year for doing research and writing he can't remember. Are there other reasons Cole should protect Codi? 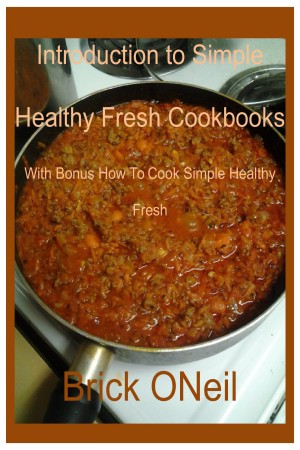 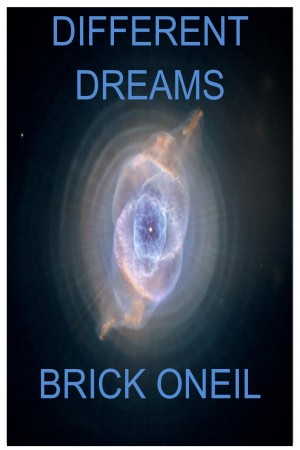 Different Dreams by Brick ONeil
Price: Free! Words: 1,830. Language: English. Published: March 10, 2015. Categories: Fiction » Fantasy » Short stories, Fiction » Anthologies » Flash fiction
Mr. Sandman has been busy the past year or so, leaving grains of sleep in the corners of my eyes. Dreams from my sleepy mind. 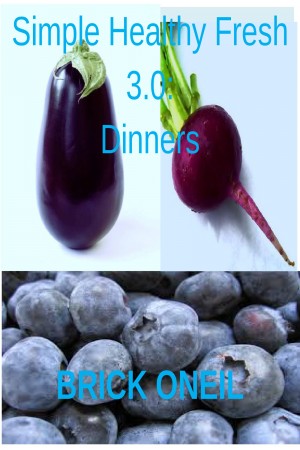 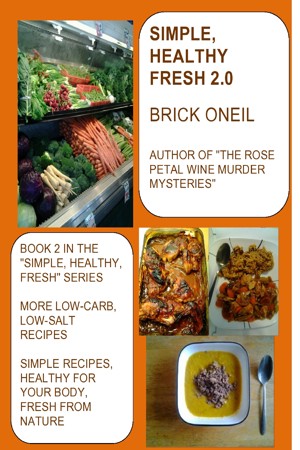 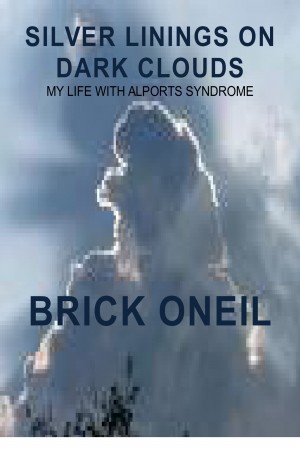 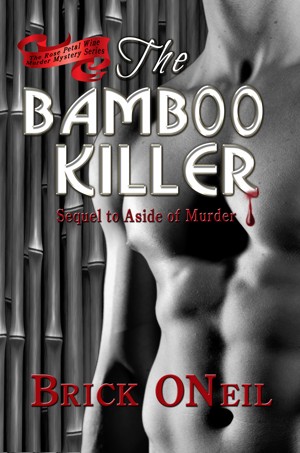 The Bamboo Killer by Brick ONeil
Series: The Rose Petal Wine Murder Mysteries, II. Price: Free! Words: 51,720. Language: English. Published: February 1, 2013. Categories: Fiction » Mystery & detective » General, Fiction » Mystery & detective » Women Sleuths
Someone is killing young men at the University of Washington. Our friends are asked to investigate when a co-worker's son is the latest victim. Along the way, a nemesis from the past makes trouble! 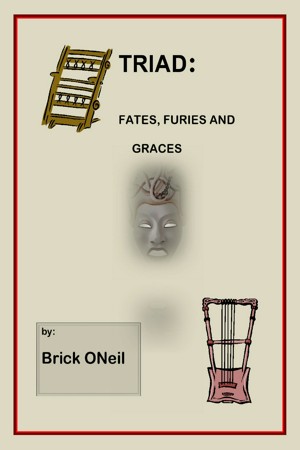 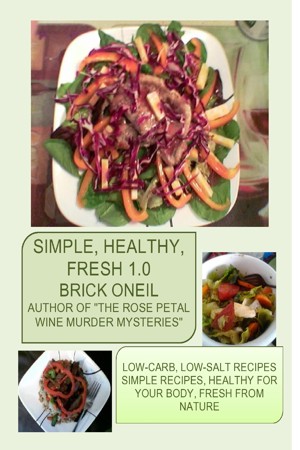 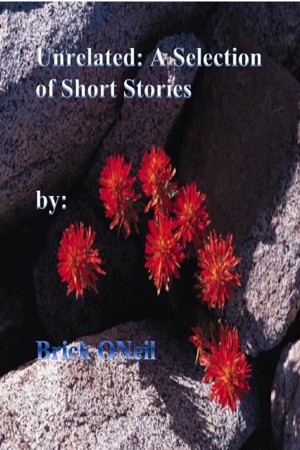 Unrelated: A Selection of Short Stories by Brick ONeil
Price: Free! Words: 2,800. Language: English. Published: August 15, 2012. Categories: Fiction » Anthologies » Short stories - single author, Fiction » Mashups
A selection of five unrelated short stories. In Unrelated, read about a stranded soul in Expanse, while a busy Gargoyle who tells what he sees over time. Meeting Pope Gregory, a fictional Pontiff. A Rusty Chain brings memories for one man. And Top Floor is anything but! Read each one and discover your favorite. Read again and discover something new. 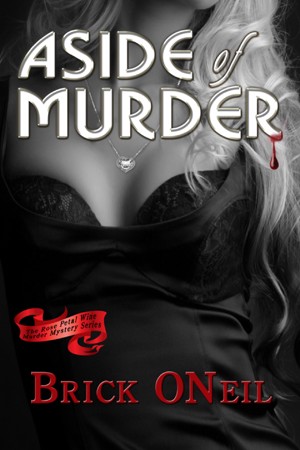 What happens when a High Class Call Girl and an embezzling bank executive blackmail each other into marriage? Revenge and Murder!

You have subscribed to alerts for Brick ONeil.

You have been added to Brick ONeil's favorite list.

You can also sign-up to receive email notifications whenever Brick ONeil releases a new book.