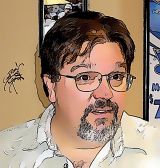 23 readers have added this author as a 'Favorite Author'.

A member of the ITW (International Thriller Writers), M. R. Sellars is a relatively unassuming homebody who, in his own words, considers himself just a “guy with a lot of nightmares and a word processing program.” Legend has it he started making up stories to entertain a stuffed bear during his single digit years, then began writing them down sometime around his early teens when the growing catalogue of fiction started causing him to experience migraines. Although he had several short stories and newspaper articles published during his early adult life, it wasn’t until 2000 that his first full-length novel, Harm None: A Rowan Gant Investigation, hit bookstore shelves, officially launching the acclaimed paranormal thriller series.

Sellars says that the biggest adjustment he has had to make with his writing career is coping with the time spent away from his family while traveling on promotional tours. Still, he approaches the necessity of public appearances with the same humorously deadpan and satirical wit that he applies to life in general, stating, “As long as I have an RC Cola and a bag of peanuts, I’m all good, Bubba.”

All of the current novels in Sellars’ continuing Rowan Gant Investigations saga have spent several consecutive weeks on numerous bookstore bestseller lists as well as a consistent showing on the Amazon.com Horror/Occult top 100. In 2010 a short e-novella featuring a supporting character from the RGI cast spawned a new series, The Special Agent Constance Mandalay Novels, the first in the spinoff being IN THE BLEAK MIDWINTER, which hit the streets November 2011.

Sellars currently resides in the Midwest with his incomparably amazing wife, equally fantastic daughter, and a pair of felines he describes as, “the competition.” At home, when not writing or taking care of the household, he indulges his passions for cooking and hanging out with friends. In order to satisfy his lifelong dream of being a satirical humor columnist for a major metropolitan newspaper, twice each week he removes his glasses, dons blue tights and a red cape, then blogs about the incredibly bizarre world that is his life as a writer, husband, and father. It has been said that his blog articles sometimes blur the line between fiction and reality. To that Sellars responds, “What line?”

M. R. Sellars can be located on the web wherever there is a virtual bar serving virtual single malt Scotch, single barrel bourbon, good Irish whisky, and decent beer. In other words, look for him on the major social networking sites.

The Law Of Three: A Rowan Gant Investigation
Price: $2.99 USD.

Love Is The Bond: A Rowan Gant Investigation
Price: $2.99 USD. 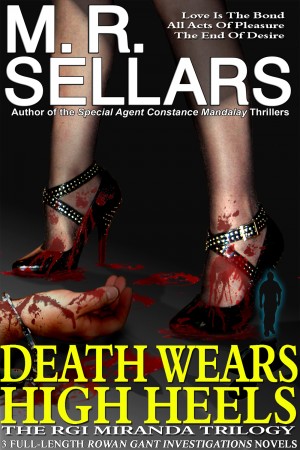 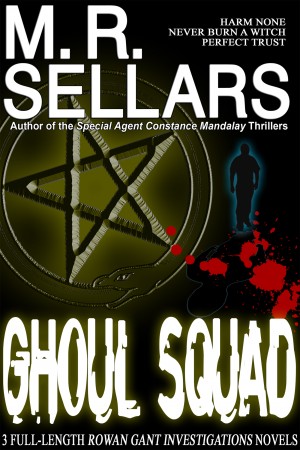 THE DEAD ARE SHAMELESS GOSSIPS. AFTER YOU HELP ONE OF THEM, WORD GETS AROUND FAST... 3 Full-Length Novels in 1 E-book... GHOUL SQUAD is a 3-in-1 compilation of the first three award-winning Rowan Gant Investigations supernatural thrillers by M. R. Sellars, containing: HARM NONE, NEVER BURN A WITCH, and PERFECT TRUST, plus a bonus - the first two chapters of THE LAW OF THREE, book 4 in the series 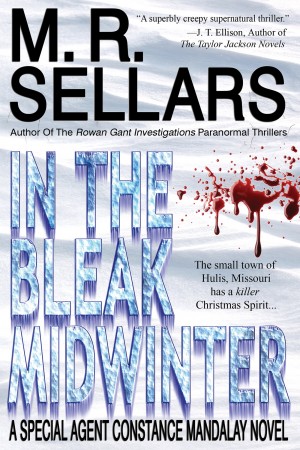 In 1975 the small town of Hulis was ground zero in a frantic search for 10 year-old Merrie Frances Callahan, as well as an intense manhunt for her abductor. 35 years later, it seems the FBI would like to pretend it never happened. Special Agent Constance Mandalay didn't get that memo... Based on the short teaser novella MERRIE AXEMAS, In The Bleak Midwinter tells the WHOLE story... 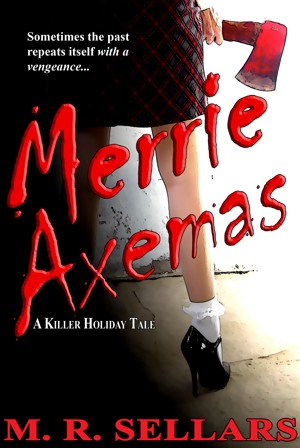 Little Merrie Callahan is all grown up now. She doesn't believe in Santa anymore. But she still has an axe to grind with the man in the red suit... MERRIE AXEMAS is an intense sampling of the novel IN THE BLEAK MIDWINTER. It brings you to the edge, taunts you with unanswered questions, and hangs you with an alternate ending. 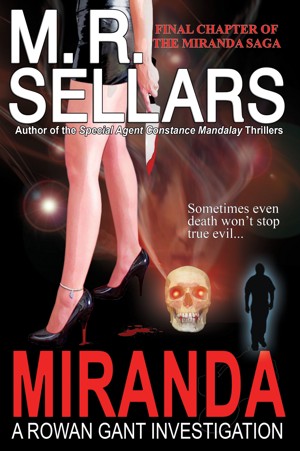 SOME PEOPLE JUST WON'T STAY DEAD Rowan Gant has a terrible curse... The spirits of the deceased just won't leave him alone... Still reeling from the unsettling outcome of his most recent case with the Saint Louis police department's Major Case Squad, Rowan once again finds himself face to face with Miranda, a 19th century serial killer that simply refuses to remain dead. 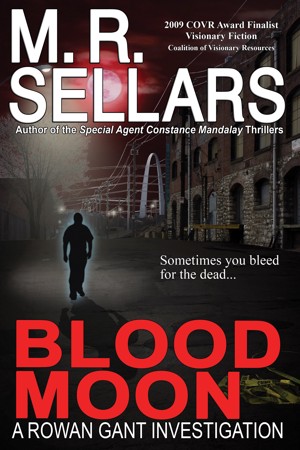 Consulting for the Greater Saint Louis Major Case Squad has become an almost full-time job for Rowan Gant. Still, he longs for the once normal life he enjoyed - one devoid of crime scenes and horrific visions - and that fuels a deep reluctance to get involved. However, when an insistent spirit demands his attention, he is thrust into a new investigation where blood and fangs are all the rage. 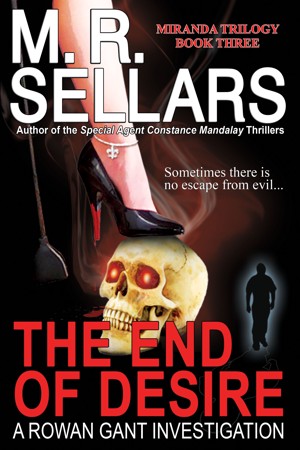 Evil has a name, and it is Miranda... On his own and without any official sanction, Rowan Gant finds himself in Katrina devastated New Orleans hot on the trail of the sadistic serial killer calling herself Mistress Miranda. His every waking thought is consumed with stopping her before she kills again, but his dedication to the task is based on a deeply selfish reason - to save his wife, Felicity. 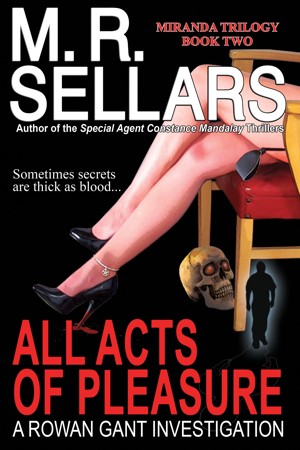 Who really pays for the sins of the father? Rowan Gant's wife is at the center of an investigation involving a string of brutal, sexually-motivated murders. What that investigation reveals will change her life in ways she never imagined. ALL ACTS OF PLEASURE is the powerful and revealing sequel to LOVE IS THE BOND. 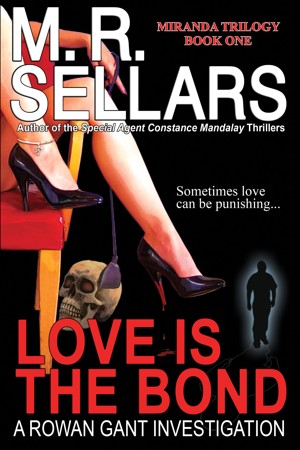 When the wind blows from the south, love will kiss thee on the mouth. And then, she will kill you... Of known female serial killers, the classification of sexual predator is so distinctly rare that there has only been one documented instance in the United States. That's about to change. 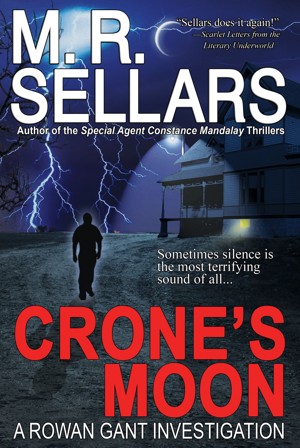 The silence of the dead can be deafening These are the things of which nightmares are made: Decomposed remains in a shallow grave, a missing school teacher, an abduction, and a cyclical timeline that all add up to a frightening theory - a sadistic serial killer may well be prowling Saint Louis by the semi-darkness of the waning moon. The problem for Rowan Gant is, this time things are personal. 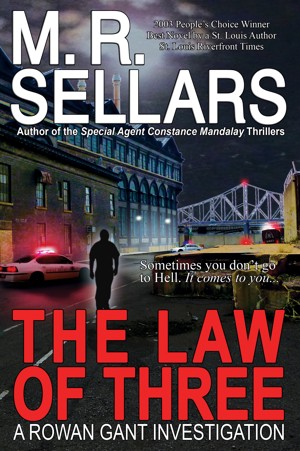 The Inquisitor wants revenge St. Louis is once again the hunting ground for Eldon Porter, the deranged spree killer who reenacted the horrors of the 15th century Inquisition upon his victims. Everyone believed he had fallen to his death in the icy waters of the Mississippi river on a dark February night - Everyone except Rowan Gant, that is. He knew Porter would return, with a vengeance... 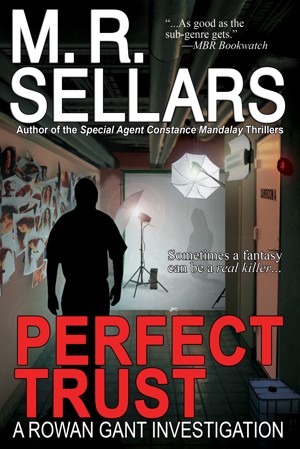 I do not like that dead I am... Once again, Rowan Gant is thrust headlong into a murder investigation as a civilian paranormal consultant to the Greater Saint Louis Major Case Squad. However, the dark visions now playing out in his mind's eye bring the twisted desires of a deranged sexual predator far too close to home, making Rowan doubt his sanity - and perhaps even his own innocence 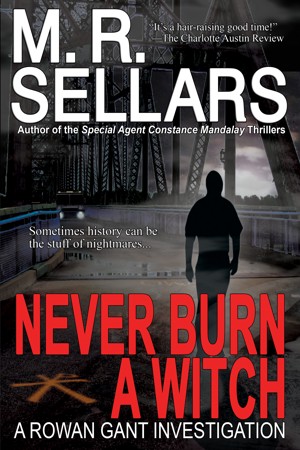 They burn Witches, don't they? A deranged killer is bent on resurrecting the 15th century Inquisition, and the residents of Saint Louis are his prey. Rowan Gant's knowledge of religious history - as well as his ability to hear the dead - are once again called into play by the Saint Louis Major Case Squad. But being a Witch can only mean one thing for Rowan - he is also the hunted. 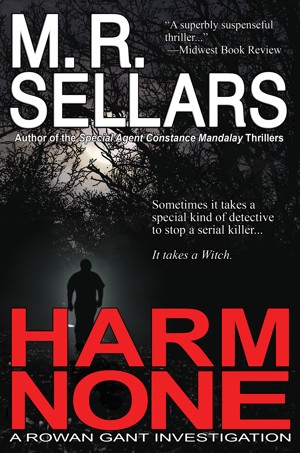 THE WITCH AND THE DEAD They say dead men tell no tales, but truth is they tell me way too much. I’m Rowan Gant, a Witch with a curse. I can hear the dead. It all started when the police asked me to look at some occult symbols found at a crime scene. Almost as soon as I saw them, the victim started speaking to me. Now I have to find her killer if I ever want to sleep again…

You have subscribed to alerts for M. R. Sellars.

You have been added to M. R. Sellars's favorite list.

You can also sign-up to receive email notifications whenever M. R. Sellars releases a new book.