Amelia C. Gormley published her first short story in the school newspaper in the 4th grade, and since then has suffered the persistent delusion that enabling other people to hear the voices in her head might be a worthwhile endeavor. She’s even convinced her hapless spouse that it could be a lucrative one as well, especially when coupled with her real-life interest in angst, kink, social justice issues, and pretty men.

When her husband and son aren’t interacting with the back of her head as she stares at the computer, they rely on her to feed them, maintain their domicile, and keep some semblance of order in their lives (all very, very bad ideas—they really should know better by now.) She can also be found playing video games and ranting on Tumblr, seeing as how she’s one of those horrid social justice warriors out to destroy free speech, gaming, geek culture, and everything else that’s fun everywhere.

You can find her self-published Impulse trilogy almost anywhere ebooks are sold, and check out her catalog of Riptide Publishing releases at their website. 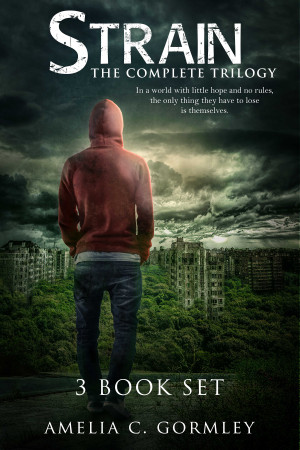 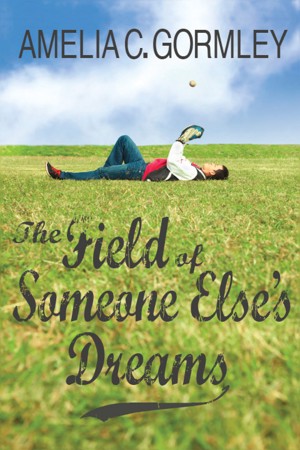 When an injury puts Chris Boyden's baseball scholarship in jeopardy, it reminds him of all the reasons he stayed in the closet despite his boyfriend, Matt's wishes, and his ultra-masculine father's expectations and thoughtless homophobia aren't helping. Baseball has always been Chris's hope for the future, but if he stays stuck in the closet, that dream could cost him Matt's love. 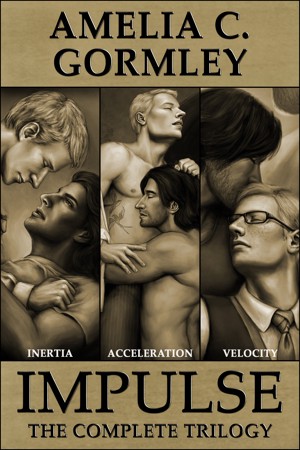 Handyman Derrick Chance and accountant Gavin Hayes both have reasons to guard their hearts. But when a series of home repairs unexpectedly turns into an extravagant game of flirtation, they discover that the last thing they thought they wanted is the one thing they can’t live without. (This Digital Box Set contains all three volumes of the Impulse trilogy: Inertia, Acceleration and Velocity)

You have subscribed to alerts for Amelia C. Gormley.

You have been added to Amelia C. Gormley's favorite list.

You can also sign-up to receive email notifications whenever Amelia C. Gormley releases a new book.