19 readers have added this author as a 'Favorite Author'.

Cliff Ball is a Christian, live in Texas, has 2 BA's, and a Technical Writing Certificate. He won 3rd in a youth magazine for a short story he wrote through Creative Writing class in high school back in 1992, called "Role Reversal."

Standalone novels/short stories:
Out of Time
Shattered Earth
Beyond the New Frontier
Dust Storm
Voyager and the Aliens
The Long Journey

When did you first start writing?
I first started writing when I was around ten years old. I thought up wacky interview questions for classmates, asking them to make up what planet they were born on, what fake person they would vote for President of the United States, what was their favorite time traveling vehicle, stuff like that. I also wrote short stories, and I managed to get one published in high school in the early '90's through my Creative Writing class. I won a whole $35 for being third for this particular contest the short story was entered in. My mom took that and framed the check stub, a newspaper article she placed in our newspaper, and my senior class photo.
What's the story behind your latest book?
Times of Turmoil, my latest novel, is a prequel to my End Times novels, Times of Trouble and Times of Trial. I had reviews and readers who wanted the story to be fleshed out more, so I went back nearly a hundred years (the other novels are set 20+ years from now) to World War II. I explored how the Evans family gets the money and power to influence events in the United States and make it their mission to destroy Christian influence in the United States. I was inspired by some of the current happenings involving the United States government.
Read more of this interview.

Where to find Cliff Ball online

Book Covers video
A video of my book covers 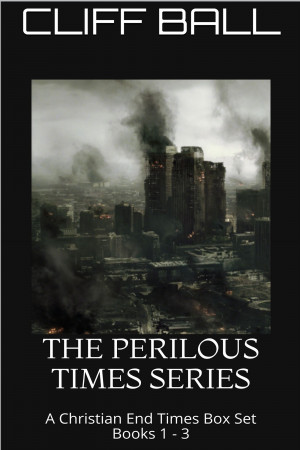 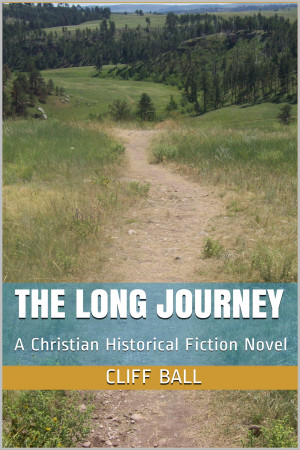 The Long Journey (Christian Historical Fiction) by Cliff Ball
Price: $3.99 USD. Words: 48,320. Language: English. Published: March 20, 2015. Categories: Fiction » Christian » Historical, Fiction » Christian » Romance
A Cherokee finds himself forced from his home during the Trail of Tears. His adventures find him getting married, going west, and getting involved in historical events of the 1840's and 1850's. 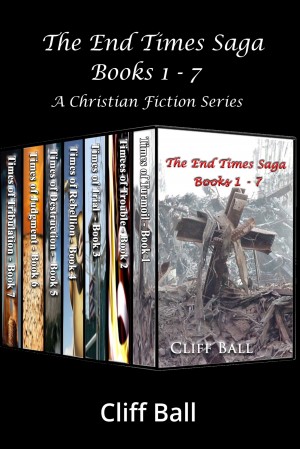 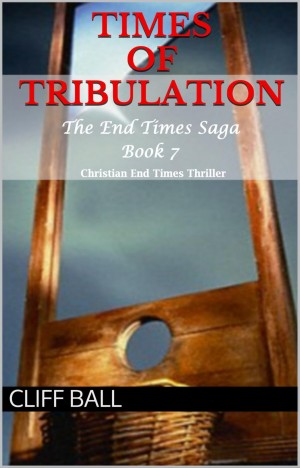 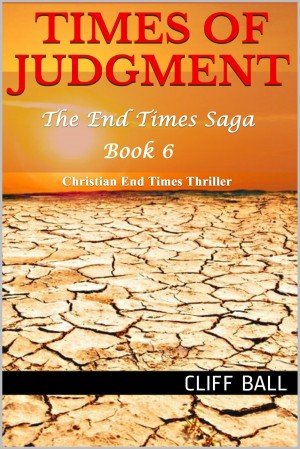 Times of Judgment: A Christian End Times Thriller (Book 6) by Cliff Ball
Series: The End Times Saga: A Christian Fiction Series, Book 6. Price: $3.99 USD. Words: 35,180. Language: English. Published: May 30, 2014. Categories: Fiction » Christian » Futuristic, Fiction » Science fiction » Apocalyptic
The sixth novel in The End Times Saga goes through the last three and a half years of the seven year Tribulation Period. The world leader gets "assassinated" and Lucifer teams up with him after he's "resurrected" to become the Anti-Christ. They persecute Tribulation believers while trying to survive the Bowl Judgments as they inch closer to Armageddon. 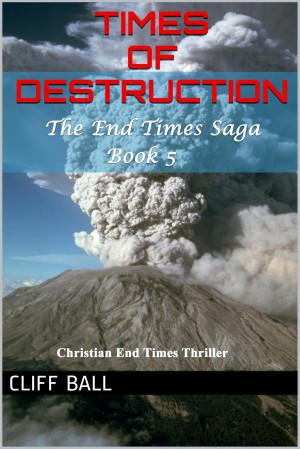 Times of Destruction: A Christian End Times Thriller (Book 5) by Cliff Ball
Series: The End Times Saga: A Christian Fiction Series, Book 5. Price: $3.99 USD. Words: 49,590. Language: English. Published: February 7, 2014. Categories: Fiction » Christian » Futuristic, Fiction » Thriller & suspense » General
The fifth novel in The End Times Saga goes through the first three and a half years of the seven year Tribulation. The new world leader and his religious leader deal with biblical sized disasters, two Jewish witnesses who preach the gospel and annoy the world's sinners, and the leaders' attempts at bringing the world under his control. 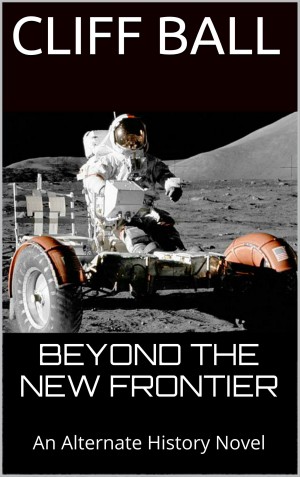 Beyond the New Frontier (Alternate History) by Cliff Ball
Price: $3.99 USD. Words: 84,200. Language: English. Published: January 26, 2014. Categories: Fiction » Science fiction » High tech, Fiction » Science fiction » Adventure
This is the story of an alternate timeline where the timeline gets accidentally changed by time travelers in 1962 and all sorts of unintended consequences happen as a result. 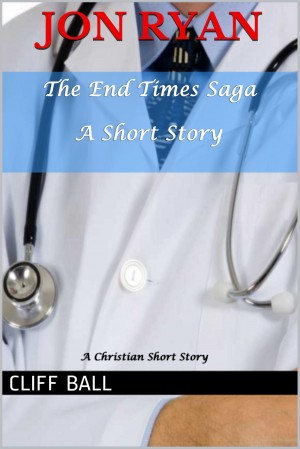 Jon Ryan: A Christian End Times Short Story by Cliff Ball
Series: The End Times Saga: A Christian Fiction Series. Price: $1.99 USD. Words: 8,660. Language: English. Published: January 21, 2014. Categories: Fiction » Christian » Short stories, Fiction » Christian » Futuristic
Jon Ryan dreamed of becoming a doctor since he was a child. When the government takes over his profession, he continues to practice as medical plagues and disasters occur, with the government assuring him that everything's fine shortly before the end times. 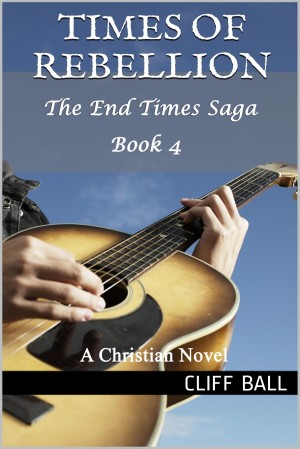 Times of Rebellion: A Christian Novel (Book 4) by Cliff Ball
Series: The End Times Saga: A Christian Fiction Series, Book 4. Price: $3.99 USD. Words: 51,830. Language: English. Published: January 3, 2014. Categories: Fiction » Christian » Futuristic, Fiction » Christian » General
Book 4 of The End Times Saga. Can a nineteen year old stay true to his Christian faith he was brought up on when he's under the spotlight? Timothy Phillips becomes a famous singer shortly before the end times and discovers that fame isn't all that it's cracked up to be as the novel follows his ups and downs in the music industry. 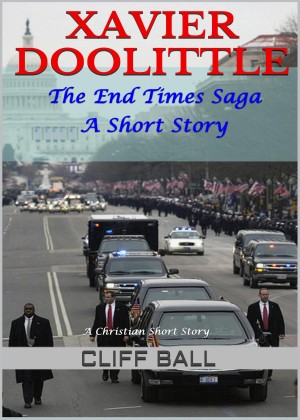 Xavier Doolittle: A Christian End Times Short Story by Cliff Ball
Series: The End Times Saga: A Christian Fiction Series. Price: $1.99 USD. Words: 9,530. Language: English. Published: August 15, 2013. Categories: Fiction » Christian » Short stories, Fiction » Christian » Futuristic
Xavier Doolittle is the Secret Service Chief at the White House. We follow him when he first goes to college and begins abandoning the Christian life. Eventually, he begins working for the government and falls for their propaganda regarding Christians and Conservatives. When the End Times approach, he discovers his attitude has been completely wrong in this short story in The End Times Saga. 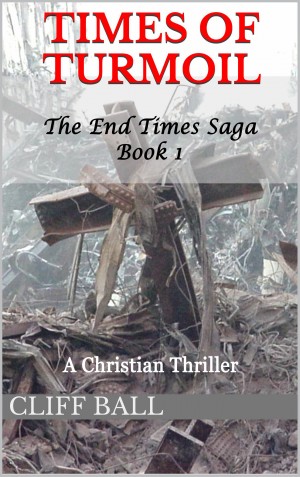 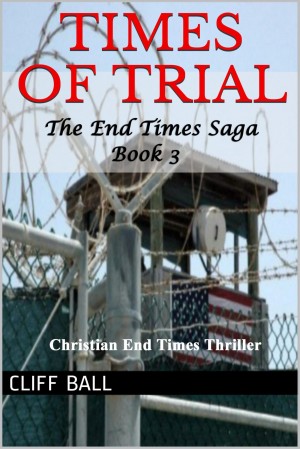 Book three of The End Times Saga. Three Christian families suffer from persecution as the President declares himself dictator, implements something called Order 21, and begins targeting his political and spiritual enemies. Meanwhile, tensions between Israel and Iran intensifies as the end times approach. Book 3 of the End Times Saga. 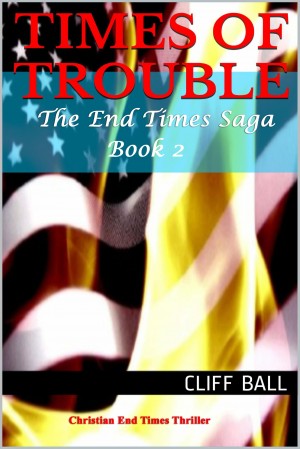 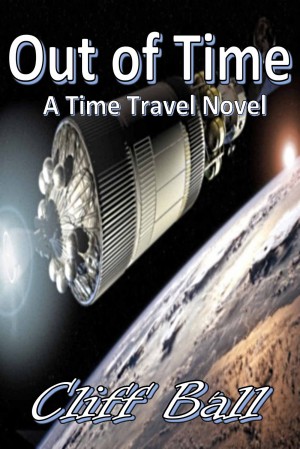 Out of Time: A Time Travel Novel by Cliff Ball
Price: $1.99 USD. Words: 31,880. Language: English. Published: April 7, 2010. Categories: Fiction » Science fiction » Adventure, Fiction » Science fiction » High tech
In the future, scientists discover that all time is fluid. Past, present, and future all exist at once, but time can still be changed. The US government decides to go to the past and right what once went wrong. The story takes place mostly in the 20th century, where our heroes meet Anne Frank, John F. Kennedy, just to name a few. Find out what happens when they return to their present.

You have subscribed to alerts for Cliff Ball.

You have been added to Cliff Ball's favorite list.

You can also sign-up to receive email notifications whenever Cliff Ball releases a new book.