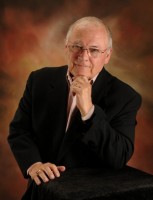 Educated in mathematics and trained in research, I have spent ten years researching and writing White Papers for corporations on emerging technologies. My current writings reflect an eclectic interest in the impact these new technologies may impose on individuals and social groups. My latest research into programming genetic code and brain development has led three series of Science Fiction techno thrillers about reprogramming the human genome and micro genome by the next species of human: Homo Evolutis.
My wife, E C Russell is my co-writer and developmental editor. Our stories cover the spectrum from YA to NA.
Each series of novels is supported by several short stories and stand alone novellas that depict people dealing with the personal and social consequences of their emergence into a new human species, Homo Evolutis. With the ability to re-program inheritable genetic code and acquired immunity to disease, Evolutis fulfills its destiny as the first species to be self-healing and self-evolving. Through logical extensions of genomic science, new powers emerge, including the ultimate social-network and possibility of immortality.
The Evolutis Rising Series: Deadly Awakenings, Deadly Discovery, and Deadly Conflict tell the story of the emergence and self-discovery of Evolutis through the experiences of a scientific community.
The Cohort Series: OnSet, ReSet, and MindSet tell the story of Chloe, a young athlete and medical student, paralyzed from the waist down in a bike accident fearful that the voices she hears means she has onset schizophrenia, discovers the ability to heal herself and others with her mind. A science fiction medical thriller follows the emergence of Homo Evolutis from a medical perspective.
The Seeker Series: three novels involving time and space travel follow the story of nineteen year old Finna from the day she wins the squire’s tournament held in Vézelay, France, 1145, to become one of Queen Eleanor of Aquitaine’s 300 women warriors in the Second Crusade. As Finna the Seeker, she survives feudal combat, the plague, and trials of travel and adventure through 600 years. She endures to take her role as a leader of a new species of human, Homo Evolutis, into the galaxy to combating galactic corporations and rogue elements seeking control over people and resources. 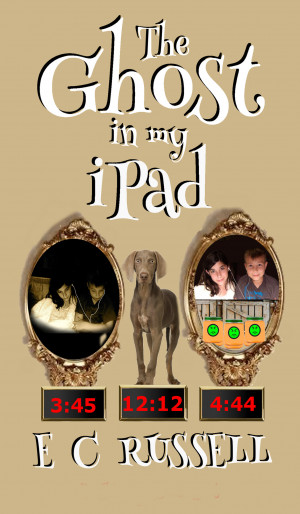 The Ghost in my iPad 3:45 4:44 12:12 by E L Russell
Price: $2.99 USD. Words: 92,340. Language: English. Published: October 8, 2017. Categories: Fiction » Children’s books » Family / General
Intended for Tweens, The Ghost in my iPad is not a horror story, but an Action-Adventure series of stories one that demonstrates how working together is not only fun but also can solve problems that couldn’t be solved working alone. 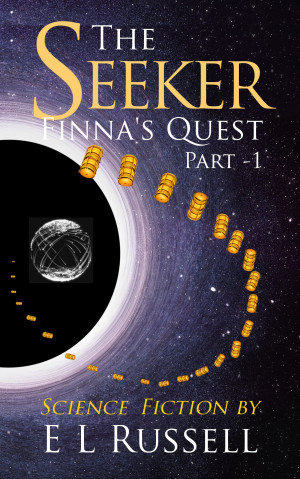 The Seeker - Finna's Quest by E L Russell
Price: $2.99 USD. Words: 111,870. Language: English. Published: April 24, 2017. Categories: Fiction » Science fiction » Hard sci-fi, Fiction » Adventure » Action
While Finna battles in the crusades for Eleanor of Aquitaine, a time traveler kidnaps her to fight in a Steampunk war across the galaxy. THE SEEKER – Finna’s Quest, High Concept Science Fiction, is the first novel and the Origin Story within a seminal series that pre-dates all of our publish stories. Follow Finna on her thousand-year mission to lay the foundation for the emergence of Homo Evolutis 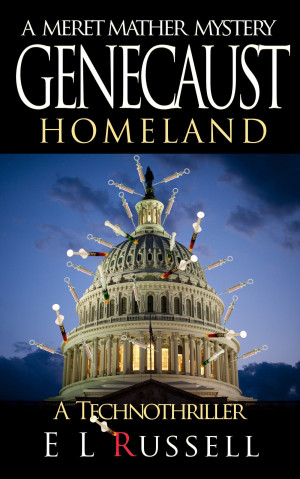 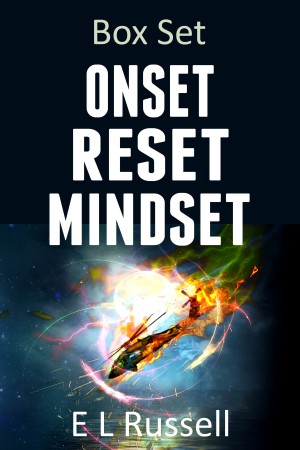 Onset, Reset, Mindset by E L Russell
Price: $2.99 USD. Words: 203,080. Language: English. Published: April 3, 2016. Categories: Fiction » Science fiction » High tech, Fiction » Science fiction » Adventure
What would you do as a gifted college athlete headed for a career as a research biochemist who after losing the use of your legs in a cycling accident discovers your recovery is impeded by the fear of onset schizophrenia and by the all too real visitations of a teammate still in a coma from the same accident? 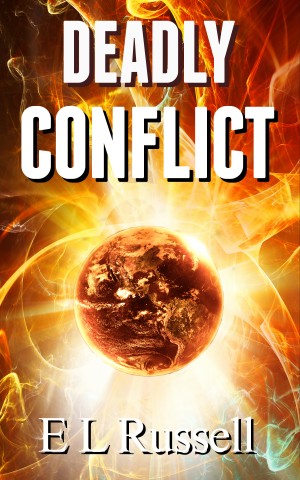 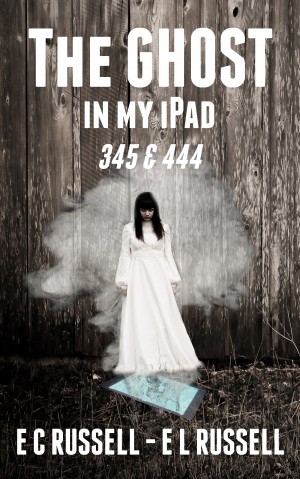 The Ghost in my iPad 345 & 444 by E L Russell & E C Russell
Price: $0.99 USD. Words: 52,050. Language: English. Published: September 7, 2015. Categories: Fiction » Adventure » Action, Fiction » Adventure » Action
Intended for Tweens, The Ghost in my iPad is not a horror story, but one that demonstrates how working together is not only fun, but also can solve problems that couldn’t be solved working alone. 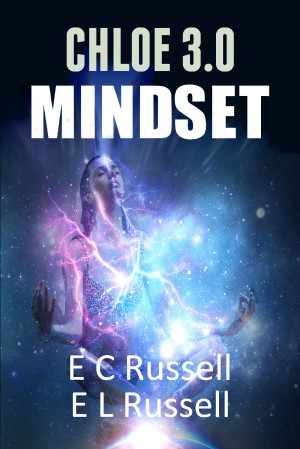 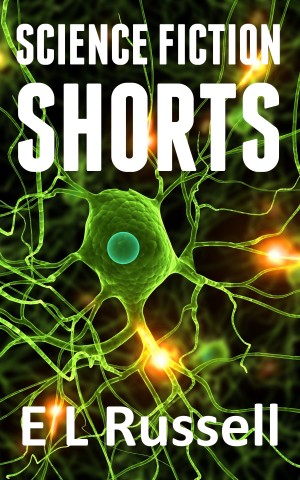 A collection of science fiction Short Stories of people dealing the consequences of genomic engineering, intended or natural. 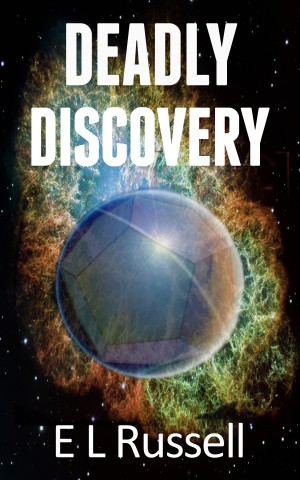 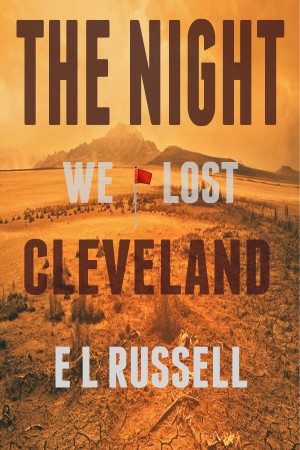 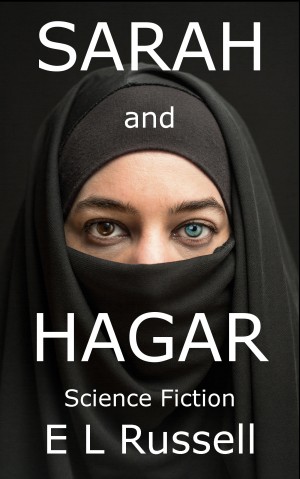 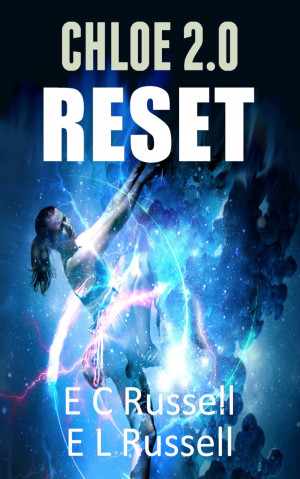 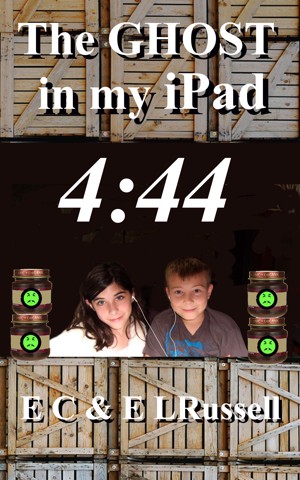 The Ghost in my iPad 4:44 by E L Russell
Series: The Ghost in my iPad, Book 2. Price: $0.99 USD. Words: 29,450. Language: English. Published: October 21, 2013. Categories: Fiction » Adventure » General, Fiction » Adventure » Action
After the dreaded kidnapper escapes from the FBI and snatches his friend Candy, Jengo enlists the help of his friendly ghost, but why is her attention drawn elsewhere? 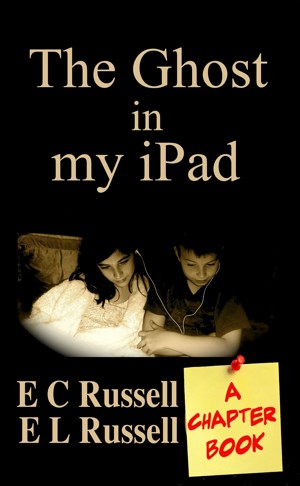 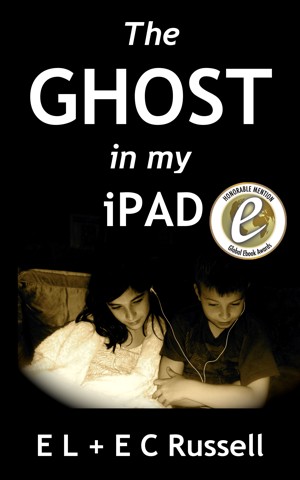 This book was named a FINALIST in the Global eBook Awards for 2012 The Ghost in my iPad, is about a middle-school boy, helped by a ghost, who solves the mystery surrounding the kidnappings of young girls. 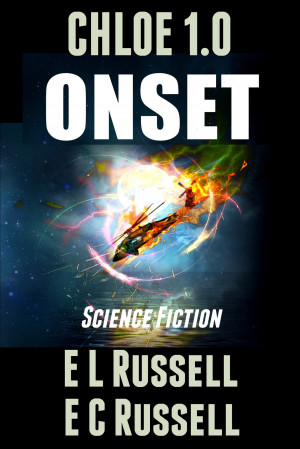 A science fiction adventure mystery thriller about the triumph of a young woman pursued by dark forces that want the secrets behind her abilities and amazing powers. 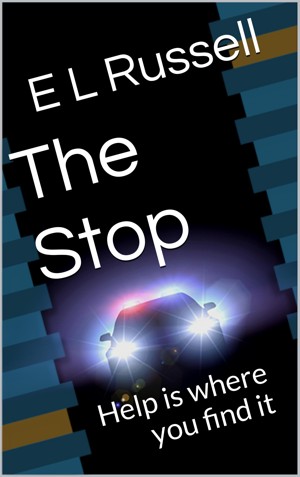 A woman is stopped for speeding on a dark rural road late at night. She discovers help is not always where you expect to find it. 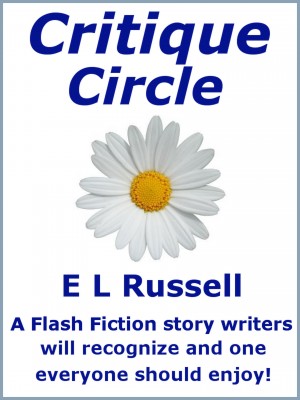 This is a Flash Fiction (500 words) story offering a humorous insight to a writer's critique circle where work is shared and constructive comments made. 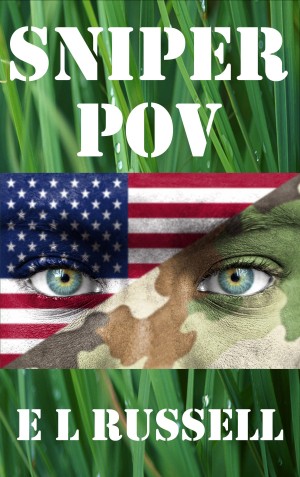 Sniper – POV is a short story about a sniper who is forced to expand his Point of View beyond the terrorists in his scope. Things are not always what they seem. 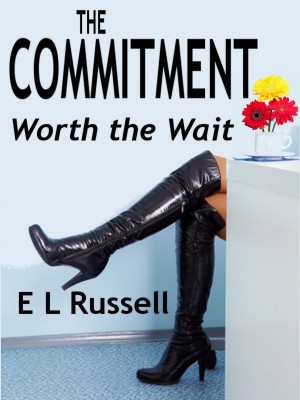 In The Commitment, a loving wife, Alice, is forced to decide how she will deal with the reality of her husband's death which include several unexpected new possibilities and opportunities. 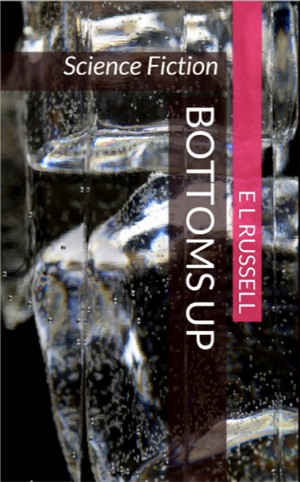 I hope you will enjoy reading this story. It's about a detective, Dick Reeder, whose career was in a downward spiral. To boost his confidence, his Chief gives Dick what he believes to be an easy case to solve. Uniforms nabbed a stoned teenager dumping large water cooler bottles into the City Reservoir. Analysis of the substance shows it to be plain tap water. 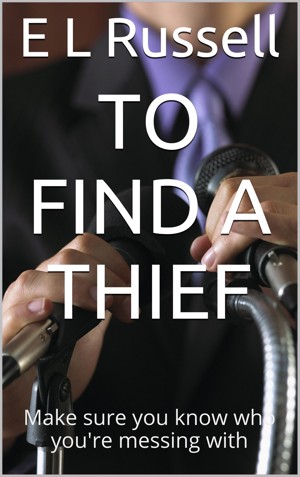 Flash Fiction, 500 words. This story is about a purse snatcher who picked on the wrong lady too often.

You have subscribed to alerts for E L Russell.

You have been added to E L Russell's favorite list.

You can also sign-up to receive email notifications whenever E L Russell releases a new book.