I began the Tai Chi in 1987 whilst at college for my BA Hons in Social Science. The format was brought to the UK by Lam Kam Cheun and the praxis is known as Zhang Zhung. It took a while to notice it was not standard Tai Chi, I was shown a lot of chi kung so I just practiced it. If I recall the first couple of years were pretty boring. Zhang Zhung, it turns out, is the spiritual home of Tibetan Buddhism.
In this rather dull period tai chi wise we’d practice sword forms, Choi Lee Fut (kung fu form), 2 man forms, push hands, technique sparring, touch sparring, wrestling and massage. The other guys and girls would sometimes also kit up in protective gear and batter each other in full contact sessions. After about four years tai chi is more interesting in itself at a stage called Man or awareness.
It’s easy enough to write about this now but one does become aware of something tangible. From about 1992 I took an interest in both the local spiritualist church and a meditation called Knowledge taught by Prem Rawat (also known as Maharaji). As it turns out our local mediums had strong links with the Silver Birch book and post war mediumship in the UK.
For four years I was taught rather personally by Maharaji and his instructors. I’d stand up in front of thousands of people or in small rooms and ask questions. First time I saw him in Brighton I stood up and said give me Knowledge. He was nice to me even then now I think about it and just said don’t stick it in a box. After lots of travelling around and many questions later I received the techniques of Knowledge at a plush Hotel in Gatwick Airport, conveniently situated for Maharaji to take off to some other part of the world.
No longer an aspirant for Knowledge but a Premie (trad. translates as divine lover) I turned my attention to studying with the Tibetan Lamas. Many are the heads of lineage such as H H Sakya Trizin, Dzogchen Rinpoche and Tenzin Namdak Rinpoche. More extensively with Tenzin Wanyal, and his teacher Tenzin Namdak Rinpoche who taught me Chod, Bardo, dream yoga, Five Elements and an unusual transmission that can be summed up as nothing more than “leave it as it is”.
I am particularly grateful to Khensur Lobsang Tenzin Rinpoche, Lama Doboon Tulka, His Eminance Luding Khen Rinpoche, Khenpo Tsulrim Rinpoche, His Eminance Rizong Rinpoche, Lama Khemsar, Lama Lekshey and Namkai Norbu and Ringu Tulka.
From 2004 - 2006 I went back to college to study media and video production having sold a late 18th century basement flat that my father and I restored. Filming and lounging around a good while with Nik Turner from Hawkwind I also make trippy videos. I like to mention him as he really is a great inspiration for getting up and doing things. That and his lyrics and associated artwork appear to have shaped UK culture to a large extent. Kd

Where to find Kevin Dwyer online 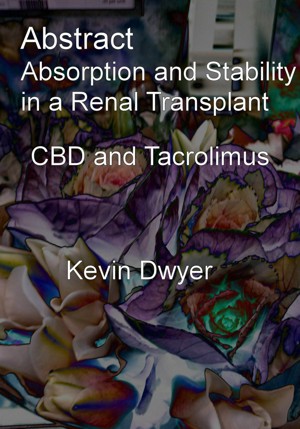 Abstract. Absorption and Stability in a Renal Transplant. CBD and Tacrolimus by Kevin Dwyer
Price: Free! Words: 1,160. Language: English. Published: October 27, 2020. Categories: Nonfiction » Health, wellbeing, & medicine » Medicine, Nonfiction » Health, wellbeing, & medicine » Alternative medicine
Just by accident, it turns out that CBD / Cannabidiol dramatically increases the absorption of Tacrolimus. This could be of interest for a number of reasons including a liking for trivial facts. With some of my blood result tables I go through why it's way more and brings about an opening up of medical thought. What makes this so fascinating is that Tacrolimus has a very low absorption or uptake i 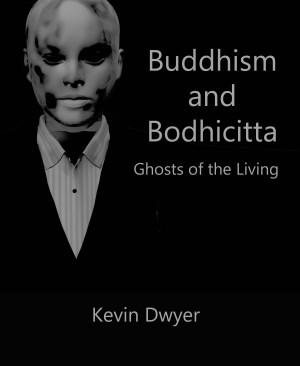 Buddhism and Bodhicitta - Ghosts of the Living by Kevin Dwyer
Price: Free! Words: 450. Language: English. Published: October 15, 2017. Categories: Nonfiction » Religion & Spirituality » Buddhism, Nonfiction » Philosophy » Buddhist
A short article on the Tibetan Buddhist practice of bodhicitta. The question arose of when someone says they are Buddhist, what are they offering ? Simply put bodhicitta is the ability to heal with the mind and more specifically the intent. Hence it is also referred to as altruistic intent. 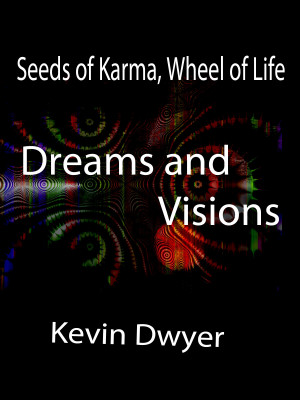 Seeds of Karma, Wheel of Life - Dreams and Visions by Kevin Dwyer
Price: Free! Words: 1,140. Language: English. Published: August 7, 2017. Categories: Nonfiction » Religion & Spirituality » Body, mind, & spirit, Nonfiction » Self-improvement » Dreams
When looking at certain dreams or visions they can relate to how another person is really not seeing themselves or the situation they're in. Some unusual language and methodology can snap people out of that. It can bring them back to the present which gives a better light on things. The short essay has a few detailed examples. 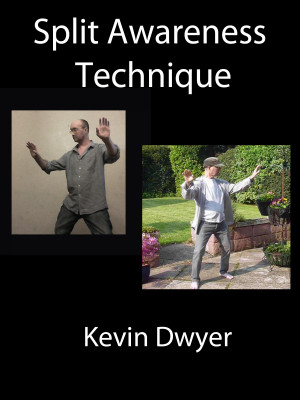 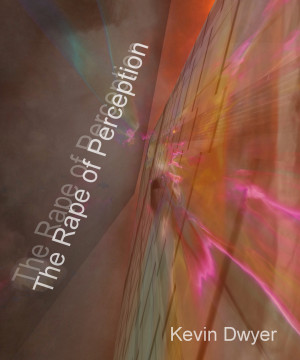 The Rape of Perception by Kevin Dwyer
Price: Free! Words: 680. Language: English. Published: July 31, 2017. Categories: Nonfiction » Philosophy » Aesthetics, Nonfiction » Psychology » Suicide
Perception is seen as a resource, the ultimate in open cast mining. Short and story like, the subject matter is unpleasant but not unsurprising. A small spoonful of their own medicine to the academic establishment that hides behind the cheap stage magicians illusion called science. 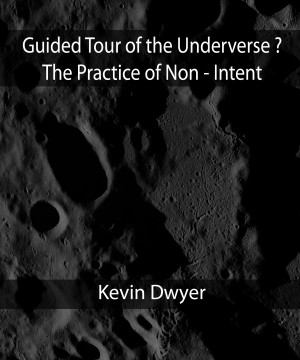 Guided Tour of the Underverse ? - The Practice of Non Intent by Kevin Dwyer
Price: Free! Words: 1,020. Language: English. Published: July 3, 2017. Categories: Essay » Sociology
Underverse is being used to described a level of realm below the surface, below the surface of what is visible and below the mind also. Conflicts at a mind or conscious level can be resolved by entering this realm. What wins over is the strength of character of the soul. Kevin Dwyer. 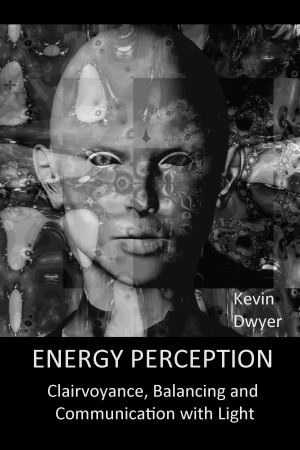 Energy Perception - Clairvoyance, Balancing and Communication with Light by Kevin Dwyer
Price: $1.99 USD. Words: 7,720. Language: English. Published: March 5, 2015. Categories: Nonfiction » Health, wellbeing, & medicine » Alternative therapies, Nonfiction » Health, wellbeing, & medicine » Healing
A view of clairvoyance from practice and a Buddhist perspective. Within this context there is a definition of continuity relating to formal western mediumship.The short book has two energy techniques which require some advanced ability or a genuine desire to perceive energy. The clairvoyance being something of a pre-requisite to engage the energy perception, so both are taught. Kd. 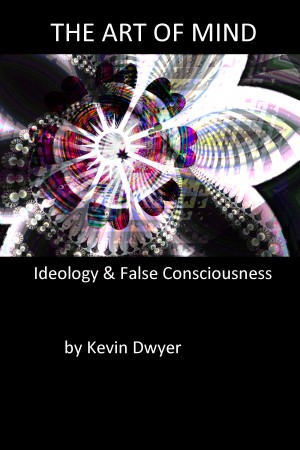 The Art of Mind by Kevin Dwyer
Price: Free! Words: 3,230. Language: English. Published: January 17, 2015. Categories: Nonfiction » Philosophy » Ethics & moral philosophy, Nonfiction » Philosophy » Aesthetics
A look at false consciousness as having either positive or negative ends depending on what one wishes to do with it. Focus is the creative potential of false premise and false logic. Overall the idea came to mind of "looking for rain in a cloud" such that many academics purport clarity yet rather like following the raindrops up and gazing into the sky they become drawn into the cloud. 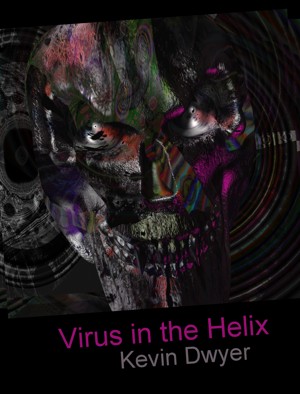 In the not too distant future where insanity has become a plague and spirits feast on the corrupt souls of their victims few options exist but the termination of those afflicted. Renowned Professor Hauser appoints a young doctor out of med school who is thrown straight into the chaos. 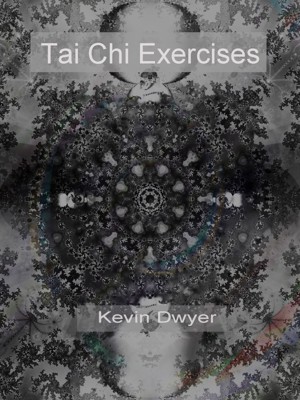 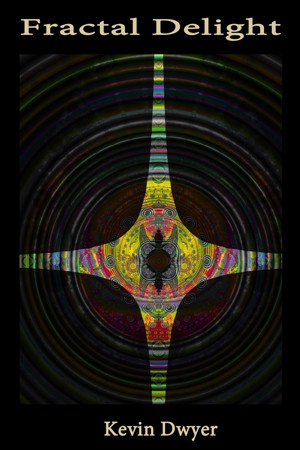 Fractal Delight is a collection of fractal based imagery with some 3D mixed in. These are the foundations for my video production whereby I play with colours and shapes before I embark on the task of creating an animation. They can be viewed on a tablet sideways or on a larger scale by downloading the PDF from Smashwords and rotating it 90 degrees as the pictures are mostly landscape. Kd. 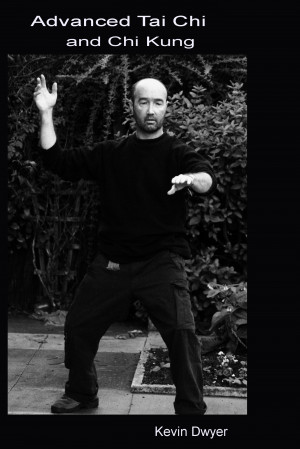 Advanced Tai Chi and Chi Kung by Kevin Dwyer
Series: Core Sentient Program. Price: $1.99 USD. Words: 4,840. Language: English. Published: November 3, 2013. Categories: Nonfiction » Health, wellbeing, & medicine » Holism, Nonfiction » Inspiration » Spiritual inspiration
Precise detail on the practice of Tai Chi up to the level of Wu Li including a unique sequence called Reflection in the Eye of the Dragon Chi Kung which is about connecting to sentient energy. There's also exercises for warming up, circulation and straightening the back. Fully illustrated. 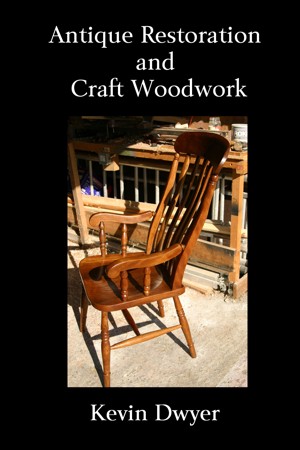 Antique Restoration and Craft Woodwork by Kevin Dwyer
Price: Free! Words: 7,020. Language: English. Published: October 7, 2013. Categories: Nonfiction » Antiques & Collectibles » Care & restoration, Nonfiction » Home & Garden » Woodworking
A thorough look at antique restoration and craft woodwork. These days I mostly manufacture and sell online, there seems to be a keen interest in the historical nature of the subject and products. If anyone buying the book has a specific question or would like a PDF version then get in touch. Kd. 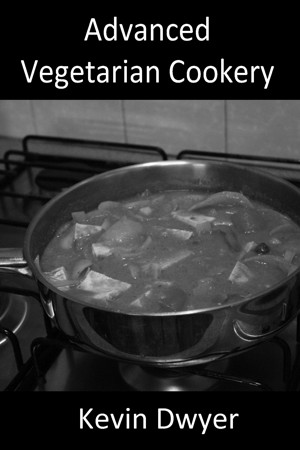 Compared to meat and two veg or just pulling something out of the freezer, vegetarian cookery is quite difficult, so hopefully these recipes make it easy for someone to get a good result.Proportion may be the method, I look at how much red pepper there is to say, sprouts. A general mix of shapes, sizes and colors. Kd. 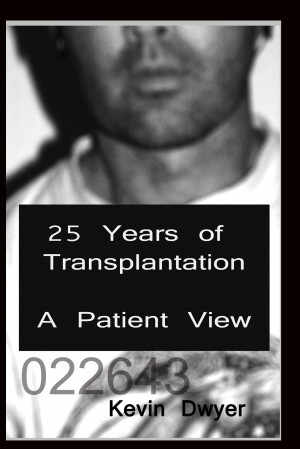 25 Years of Transplantation - A Patient View by Kevin Dwyer
Price: Free! Words: 6,560. Language: English. Published: October 1, 2013. Categories: Nonfiction » Health, wellbeing, & medicine » Medicine, Nonfiction » Health, wellbeing, & medicine » Medicine
Life with a transplant can take one a good deal away from the norms of society to in fact something considerably more real and interesting. I could have written a book on a perspective of society but actually this is simply about having a transplant or two. Hopefully it's not too harsh, if it is you'll just have to mail me and complain! Kd 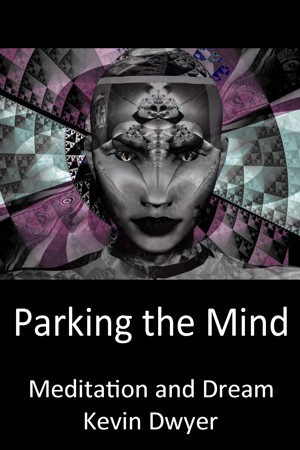 You have subscribed to alerts for Kevin Dwyer.

You have been added to Kevin Dwyer's favorite list.

You can also sign-up to receive email notifications whenever Kevin Dwyer releases a new book.