23 readers have added this author as a 'Favorite Author'.

Born in Jackson, Mississippi, R. K. Ryals is a scatterbrained mother of three whose passion is reading whatever she can get her hands on. She makes her home in Mississippi with her husband, three daughters, a Shitzsu named Tinkerbell, and a coffeepot she couldn't live without.

Where to find R.K. Ryals online 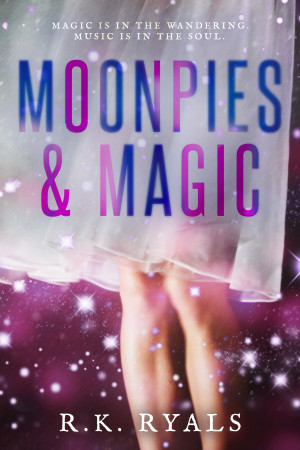 Moonpies & Magic by R.K. Ryals
Pre-release—available April 6, 2021. Price: $2.99 USD. Language: English. Categories: Fiction » Fantasy » Contemporary, Fiction » Young adult or teen » Fantasy
17-yr-old Charlotte is a nomad, traveling the festival circuit with her airbrush artist father & older brother, Wes. Life is endless crowds. Until Charlotte stumbles into a carnival tent, her attention riveted by a musical magician with the ability to make stories come alive. When Wes is lost to one of these stories, Charlotte follows, sending her and a handsome minstrel on a perilous adventure. 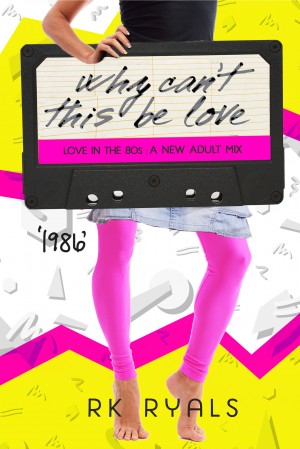 1986: Why Can't This Be Love by R.K. Ryals
Price: $0.99 USD. Words: 20,250. Language: English. Published: July 29, 2016 by WaWa Productions. Categories: Fiction » Romance » Short stories, Fiction » Romance » New adult
Spring break junior year is supposed to be Tori Allen's chance to catch the eye of wicked hot Corey Sanders, a bouncer at The Cube, an 18 and under club. Only what should have been a night to remember turns into a grody tryst that sends her into the arms of bad boy, Dylan Black. A malfunctioning photo booth, a crazy game of midnight madness bowling, and her night becomes one totally rad adventure. 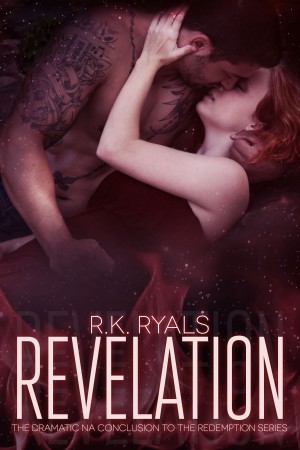 Revelation by R.K. Ryals
Price: $2.99 USD. Words: 41,200. Language: English. Published: June 20, 2016. Categories: Fiction » Young adult or teen » Paranormal, Fiction » Romance » Paranormal
There's a prophecy forbidding Angels from ever being w/Demons. Love cannot exist between the races. The prophecy wasn't supposed to concern Dayton Blainey & Marcas Craig, a half-Demon ruler & a Naphil. But there are those who believe otherwise. Torn asunder by a fear much bigger than themselves & the threat of celestial war, Marcas & Dayton will fight for a love that never should have existed 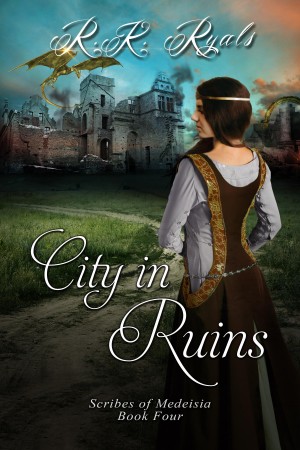 City in Ruins by R.K. Ryals
Price: $2.99 USD. Words: 49,630. Language: English. Published: July 9, 2015. Categories: Fiction » Fantasy » Epic, Fiction » Fantasy » Historical
Medeisia is a city in ruins, half of its rebels dead, & a temporary ruler in power … 17 yr-old Drastona is a pillar of hope for her people. With the construction of a scribe school underway, & the promise of peace, Medeisia’s future is looking bright. That is, until Drastona is thrust into a new kind of war between gods, dragons, & men alongside a powerful prince embroiled in betrayal & politics 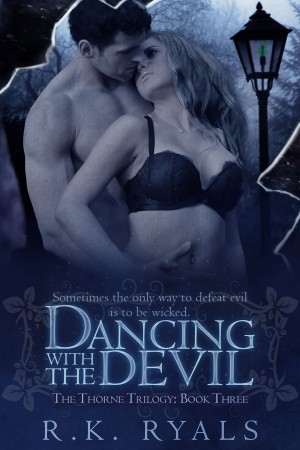 Dancing with the Devil by R.K. Ryals
Price: $2.99 USD. Words: 35,650. Language: English. Published: June 3, 2015. Categories: Fiction » Romance » Paranormal, Fiction » Romance » New adult
Monroe Jacobs is a witch with growing powers coveted by many, including the man she loves. Luther Craig is a remorseless demon ruler with everything he's ever wanted: power. But now Luther's kingdom is at risk, his newfound strength a challenge to the Princes of Hell. Luther isn't the only one who wants power and a blonde-haired witch. He'll have to face the seven deadly sins to keep both. 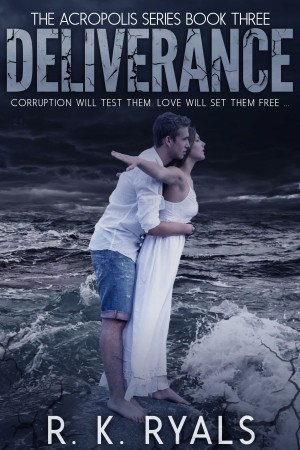 Deliverance by R.K. Ryals
Price: $2.99 USD. Words: 44,730. Language: English. Published: September 4, 2014. Categories: Fiction » Romance » Paranormal, Fiction » Romance » Fantasy
I need to remember my name. I'm a Reinhardt. I've protected my mark, fallen in love w/a hybrid, survived the Labyrinth, & helped procure the Spear of Destiny. Now there's only darkness & metal against my skin. For gargoyles know better than to imprison another gargoyle in stone. There is corruption in the gargoyle hierarchy, & I need to escape. I need to save the girl I love. I need Deliverance. 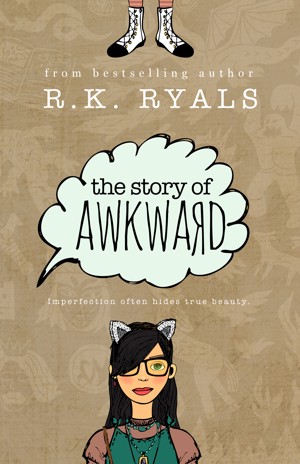 Perri is an artist w/an odd sketchbook full of awkward childhood sketches--a spectacled princess, a candy loving troll, & a graceless fairy--for there's no better way to hide from bullying than to create a world of your own. At 19, Peregrine leaves her home & her sketches behind. But what happens when something goes wrong in Awkward, leaving her trapped w/the bully she thought to leave behind? 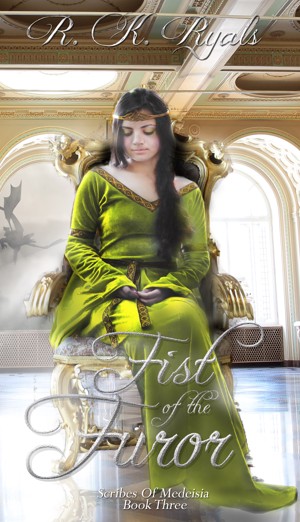 Fist of the Furor by R.K. Ryals
Price: $2.99 USD. Words: 54,850. Language: English. Published: February 5, 2014. Categories: Fiction » Fantasy » Epic, Fiction » Fantasy » General
There's chaos in Medeisia. The rebels have gone into the mountains to hide. Hope lies in a band of insurgents who made a trek across the Ardus to seek a king's aid. 17 yr-old Drastona has become a leader for her people, the voice of the common folk & the forest. Living now among the royalty of Sadeemia, Drastona & the rebels must navigate something much more complicated than war, politics. 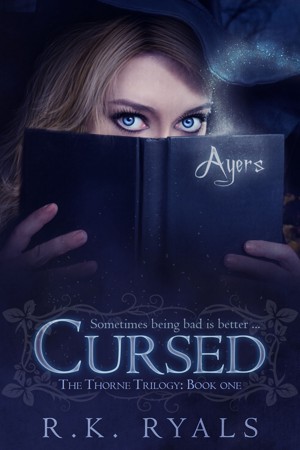 Cursed: The Thorne Trilogy Book I by R.K. Ryals
Price: Free! Words: 45,470. Language: English. Published: March 4, 2013. Categories: Fiction » Young adult or teen » Science Fiction, Fiction » Young adult or teen » Romance
A grimoire. A witch. A Demon. Monroe Jacobs is a darned good witch! But there is also something wrong w/her. Demonic energy makes her stronger, she can ward off Demons, & Lucifer wants her. Sometimes being bad is better. That's Luther Craig's philosophy. The hybrid Demon is reluctantly sent to New Orleans, LA to protect Monroe from Lucifer's Hellhounds. But what happens when things go wrong? 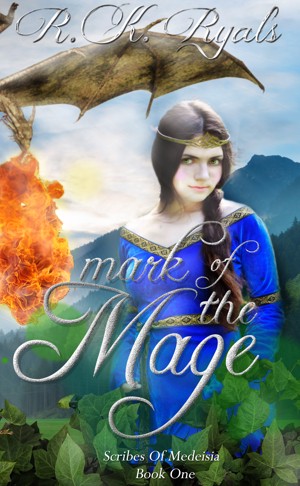 Books never die, but they can be forbidden. Medeisia is a country in turmoil. The king has outlawed magic & learning. Those who practice are branded. 16 yr-old Drastona lives secluded, spending her spare time in the Archives of her father's manor surrounded by scribes. She wants to be one of them. But when the scribes are disbanded, she enters a world where the marked must survive or die. 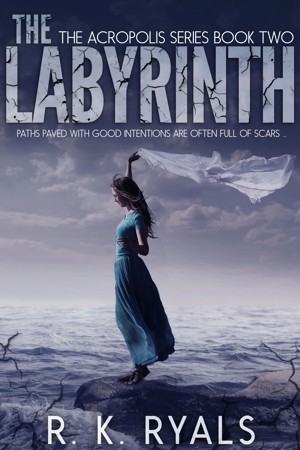 The Labyrinth: Acropolis Series Book II by R.K. Ryals
Price: $2.99 USD. Words: 49,590. Language: English. Published: September 28, 2012. Categories: Fiction » Young adult or teen » Fantasy
My name is Conor Reinhardt. I'm a gargoyle Guardian in exile for killing my own. My mark is safe, the group of hybrids we've led from the Acropolis, secure. There's a new hybrid king in Hell, and he needs the Acropolis refugees. I expect the journey ahead. I even expect the danger. I don't expect the shadows that haunt me, those beckoning spirits of guilt that never let me sleep. 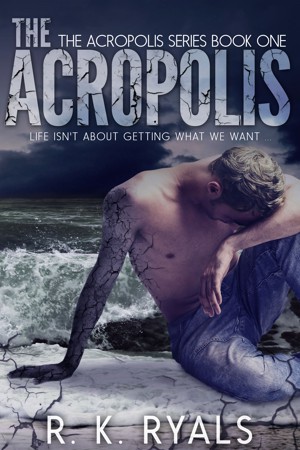 "We have a new assignment for you, Mr. Reinhardt." These words are not comforting to me. At eighteen, I am a gargoyle who has been demoted because I broke the rules. Now I have a new mission, a new mark to protect. But I don't expect Emma Chase. I don't expect to question my own race. I don't expect to care for my own mark. And I am not prepared for what I find at The Acropolis. 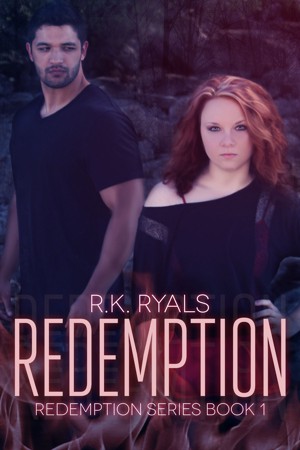 Dayton finds life sucks when you live in a creepy Abbey w/your aunt, the “Queen” of nuns, who may be keeping some strange secrets. Otherwise, Dayton’s a sweet, typical 17 yr-old girl who may have a tiny cursing problem. Then again, communicating w/her bestie using telepathy, having the same nightmare about her dead father, & having dudes show up at her window isn't exactly "typical."

You have subscribed to alerts for R.K. Ryals.

You have been added to R.K. Ryals's favorite list.

You can also sign-up to receive email notifications whenever R.K. Ryals releases a new book.