What's the story behind your latest book?
You're on a deserted beach, minding your own business and you come across a blue plastic drum. Inside you find it contains 30 bricks of cocaine. It's worth around nine million Rand on the street.
You're normally law abiding....but it occurs to you that the people who lost the drum are criminals after all. And what will the police do with it if you report it? What do you do? Choose carefully! This is a watershed ...moment which could change your life....whatever you do.

This is the situation which our protagonist, Simon Sayer, encounters in The Powder Of One, now on pre-release and due for release on 27 March 2015.

Simon Sayer's wedding to the daughter of Cape Town millionaire Sander Castle, was always going to be spoken about for some time. Abby Castle's mother, Brigitte Castle, spared no expense endeavouring to guarantee it.

However, whenever the wedding came up in conversation, it always elicited the same question. Did they catch the unidentified scoundrel who had committed that unforgivable misdeed? - Nay let's call it crime, for that is what it was!

Brigitte's hopes that people would tire of the story were dashed when it was revealed in the local press that a meeting held between Sander Castle and the banqueting manger of the Mount Nelson had degenerated into a fierce shouting match in which Sander repeated his view that a member of hotel's staff was the perpetrator, whilst the manager, on the other hand, remained defiant that the villain had to one of the guests. Little did either of them realise that the truth would be revealed shortly after Simon and Abby returned from their honeymoon.

Simon Sayer chances upon a plastic blue drum bobbing in the surf near the beach at Mariner’s Cove. He fishes it out. It contains thirty bricks of cocaine each weighing one kilogram. Faced with several choices, Simon impulsively decides to keep half of the find. It’s a decision which runs counter to Simon’s law abiding nature.

To ease his conscience, he makes an anonymous phone call to the police to report having spotted a suspicious blue drum on the beach. This is a mistake which will cause a host of weird, wacky characters to cross Simon's path.

An amusing tale which is so odd it has to be read not to be believed
When did you first start writing?
I started writing stories while still at school. However I was unable to finish anything I started. I've since come to the conclusion that for most types of literature, it is best to have lived a little yourself before you try to write about your perceptions of others.

I completed my first novel, IN GUARDS WE TRUST, this year at the age of 48.
Read more of this interview.

Where to find Siegfried Walther online 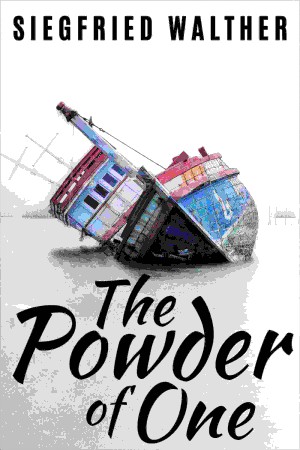 The Powder of One by Siegfried Walther
Price: $2.99 USD. Words: 88,080. Language: Commonwealth English. Published: March 27, 2015. Categories: Fiction » Humor & comedy » General, Fiction » Humor & comedy » Parody
Simon Sayer discovers a plastic drum bobbing in the surf. He fishes it out. It contains thirty bricks of cocaine. He keeps half & tips the police off about the rest. The owners, a Cartel learn that the police recovered only 15 bricks. They send "Father" Spider Biti & "Brother" Max Payne to investigate. They do just that, giving new meaning to the concepts: "Confession" and the "Last Rites. 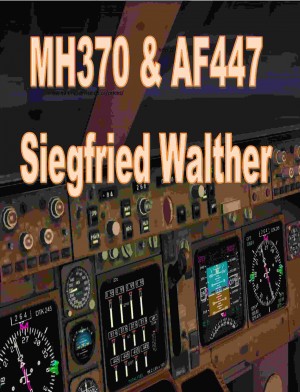 MH370 and AF447 by Siegfried Walther
Price: Free! Words: 18,450. Language: English. Published: March 9, 2015. Categories: Nonfiction » Transportation » Aircraft, Nonfiction » Transportation » Aviation / Piloting & Flight Instruction
A trial lawyer and aviation analyst first proves his credentials. Then he goes on to solve the mystery relating to the cause of the disappearance of Flight MH370. Finally, he explains why Air France 447 pilots and also the Air France training staff bear criminal liability for a crash which ought never to have occurred. Updated on 16 August 2015 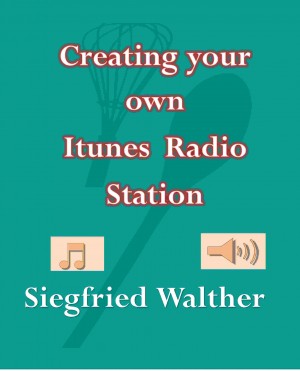 Creating Your Own ITunes Radio Station by Siegfried Walther
Price: Free! Words: 17,600. Language: English. Published: February 9, 2015. Categories: Nonfiction » Computers & Internet » Digital media / audio
This book will help you to use smart playlists on iTunes to turn your iPod into a virtual radio station which plays your current favourites more often, other current songs less often in order of preference. It will also assist you with volume levelling to ensure your songs play at an even volume. 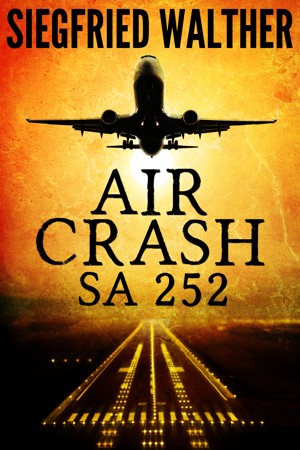 A high altitude aviation thriller in which you experience the drama of an on-board emergency in the cockpit of an airliner. In addition, two dramatic trials, one criminal and one civil play out in the High Court in Cape Town. Will the truth about the cause of the Flight SA 252 air crash emerge during these trials? 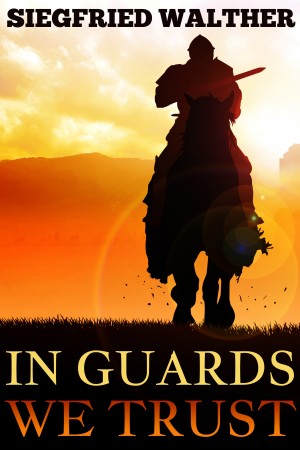 Uprisings in France encourage peasants in the neighbouring principality of Montuga to lay siege to King Julien Garibaldi’s palace. King Julien has five hundred armed royal guards at his disposal, but using them to end the siege risks retaliation by the Republicans if the latter prevail in France. Can the Garibaldis save their kingdom?

You have subscribed to alerts for Siegfried Walther.

You have been added to Siegfried Walther's favorite list.

You can also sign-up to receive email notifications whenever Siegfried Walther releases a new book.