"You'll be Sorry!" is John Miller's first book. As a young boy John Miller was told he had a vivid imagination. He had some ideas that he wanted to put down on paper. He likes to share these images and stories in his head with his readers. John Miller writes as if you're sitting on the front porch drinking tea and He's telling you a story. John miller grew up in the small town of Oliver Springs Tennessee. His mother moved him there when he was 12 and he enjoyed growing up in a small community.

John Miller is an animal lover and it shows in his books.In his books there is some sort of animal whether it be a dog, coyote or horses. John miller has two rescue dogs that he loves very much. Snowball and Bryan were shelter dogs that he adopted and are a big part if his life. John Miller had an Idea of mixing old west and modern times thus the Gladstone series came about. He is really excited about the Gladstone series and the concept behind it. He hopes his readers enjoy reading the series as he had so much fun in writing it.

He just finished his first full length Novel. Its a western story called "Trail Dust." The book is about a Civil War veteran who leaves Tennessee in search of his brother. Along the way circumstance makes him a U.S. Marshal and he recruits some unlikely characters to help him.He's currently working on the third and final installment of the Gladstone series and it should be done some time later this year. He likes to write and share his ideas with friends, the public who want a little mystery,romance and of course action and adventure. John Miller hopes his readers like his imagination and characters he creates in his books.

Here is a review from "you'll be sorry".5.0 out of 5 stars Thoroughly enjoyed July 9, 2013
By read-along-with-Sue
I couldn't sleep well last night due to the heat, so I picked up this short story.
The author John A Miller is a new author, very new to me. His style was superb, I loved the concept of the story and how it built very quickly, the characters in the book soon shot up to be real to me, and Herman, the dog. I could have read this book for longer as I had enjoyed it so much. The 'kick' in the book came suddenly which kept me enthralled, too short! I wanted more.

I downloaded this book when it was pointed out to be a freebie that day, so glad I did, I thoroughly enjoyed it and can't wait to read his other books. Can I just say to, I have "met" the author on line, he's a lovely humble chap too. Please look out for his books, you won't regret it.

Here is an excerpt from "Trail Dust".
"I think you need to go outside and get some air, my friend."
"You're that marshal everyone is talking about. You would rather talk than fight."
"I like to keep the peace, you could say."
The man turned to the other men at the table. "He is a coward with a badge." He spat, hitting the floor an inch from Joshua's right boot. The other three men at the table laughed.
"I'm going to ask you again. Go outside and cool off."
The man stood there boring holes in Joshua with his eyes. Their eyes met for another moment until the man reached for his gun. Joshua drew his Colt from his left holster and pointed it at the man's chest. He froze and his eyes widened. The man sitting in the middle of the table started to stand slowly. Joshua drew his Colt from his right holster and pointed it at him, without taking his eyes off the man standing.
"There are four of us, and you have both guns spoke for." said a third man at the table. His face slid from smug to scared when he felt Anna's Schofield push against the back of his head. The man raised his hands slowly.
In closing he would like to say.
" Be proud of where you come from, because it will reflect on what you have become today

Where to find John Miller online 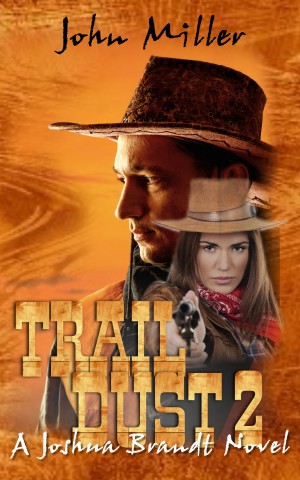 The story continues as Joshua and his deputies are in Cheyenne Wyoming setting up a base camp of operations. He is enjoying his time with Mac and his nephew. But a lawman has no time to rest, when he and his deputies are asked for help from a local rancher whose cattle are being rustled and finds out there is more going on than meets the eye. 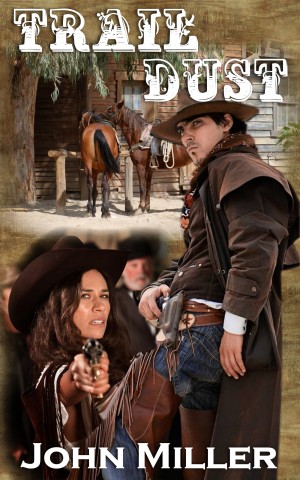 Joshua Brandt cuts ties in Tennessee and goes in search of his brother in the Wyoming Territory. Along the way he finds old friends and new enemies. A Texas judge lets him forge an unlikely team of U.S. Marshals. He leads them against train robbers, land-grabbers, and finds some unexpected ways to bring law, order, and justice to the West. 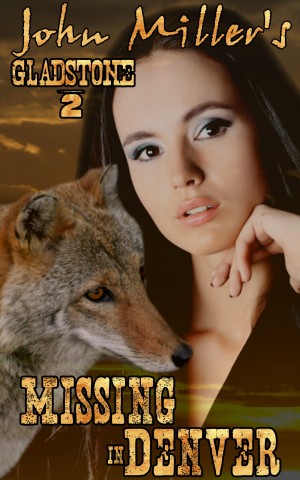 Jack lives in Gladstone now but it’s time for a trip. He invites Susan along to get his printing press, see Denver, and meet his best friend Frank. Jack's got a surprise or two for Frank. Susan gets to show off her skills. Gladstone’s rescue squad flies into action. Can Jack choose between the life of his friend and keeping Gladstone's secret? 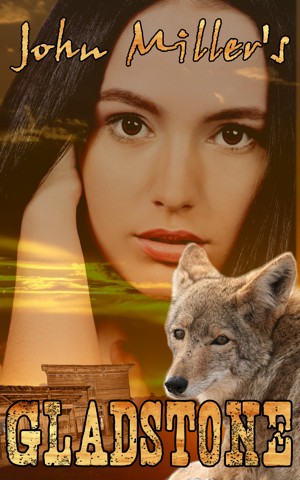 Jack Saunders just wants a new start after a messy divorce. He doesn't bargain on a wrong turn and a breakdown in the Arizona desert. A beautiful girl coming to his rescue on a classic Indian motorcycle might mean things are looking up. Or, they might be turning really strange in a town that time forgot, with friendly people willing to die for a cause ... to save a founder's statue 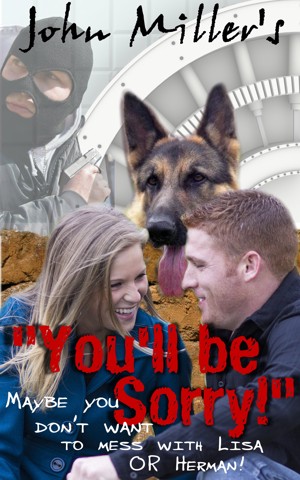 Lisa and Mark have known each other since they were eight. Bullies brought them together, and a stray dog might change their lives, their dreams, and their future.

You have subscribed to alerts for John Miller.

You have been added to John Miller's favorite list.

You can also sign-up to receive email notifications whenever John Miller releases a new book.