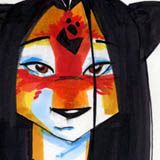 73 readers have added this author as a 'Favorite Author'.

Daughter of two Cuban political exiles, M.C.A. Hogarth was born a foreigner in the American melting pot and has had a fascination for the gaps in cultures and the bridges that span them ever since. She has been many things—-web database architect, product manager, technical writer and massage therapist—-but is currently a full-time parent, artist, writer and anthropologist to aliens, both human and otherwise.

Her fiction has variously been recommended for a Nebula, a finalist for the Spectrum, placed on the secondary Tiptree reading list and chosen for two best-of anthologies; her art has appeared in RPGs, magazines and on book covers.

Where to find M.C.A. Hogarth online

You have subscribed to alerts for M.C.A. Hogarth.

You have been added to M.C.A. Hogarth's favorite list.

You can also sign-up to receive email notifications whenever M.C.A. Hogarth releases a new book.