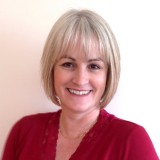 42 readers have added this author as a 'Favorite Author'.

Maree Anderson writes paranormal romance, fantasy, and young adult books. She lives in beautiful New Zealand, home of hobbits, elves, and kiwis — both the fruit and the two-legged flightless variety. She's a bookworm, a chocoholic, a coffee-lover, and she has an extremely amusing cat named "Twink".

Maree's first novel for young adults, the multi-award-winning Freaks of Greenfield High, was optioned for TV, and currently has over 2 million reads on Wattpad. Alas, Freaks didn't make it to the small screen, but it sure was a fun ride while it lasted. Readers will be please to know she is definitely planning on writing more books in her popular Freaks and Crystal Warriors series.

* What's the story behind your latest book?
My latest release, Tangent, is a prequel set in the Liminals world. Liminal (Book 1) and Phase (Book 2) feature teenagers Wren and Kade. Tangent came about because I wanted to explore Kade's past. As a child, Kade was subjected to horrific experiments, and when Tangent begins, he is Kincaid Pharmaceutical’s favorite lab-rat. When Rix, who's about to become another liminal lab-rat, encounters Kade, the two join forces and hatch a plan to rescue Rix's friend Lily.
* If this is part of series, how did you come up with the idea for the series?
I got the idea for the Liminals series while reading Karen Marie Moning’s Fever series. Mac (the heroine of the Fever series) was talking about liminal states of being and my mind just went for a loop. “Liminal” is an intermediate state or phase or condition; a threshold or transitional state. And it got me thinking about how often I'm having a conversation and someone talks right over me like I'm invisible. So I grabbed a pen and paper and scribbled some notes... which expanded into a story about sixteen-year-old Wren, who constantly feels like she’s invisible, and then discovers that on and off she really IS invisible... because she's a "lim" who can phase in and out of the real world.
Read more of this interview.

Where to find Maree Anderson online

The Crystal Warriors by Maree Anderson

The Seer Trilogy by Maree Anderson

Seer's Hope (Book One of The Seer Trilogy)
Price: Free! 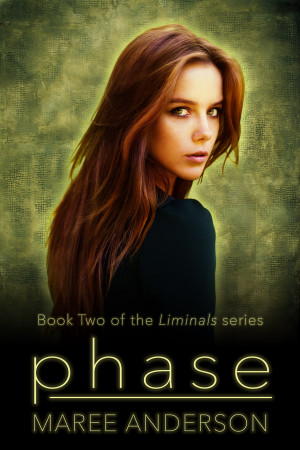 Phase by Maree Anderson
Series: Liminals, Book Two. Price: $4.99 USD. Words: 85,080. Language: English (New Zealand dialect). Published: February 18, 2018. Categories: Fiction » Young adult or teen » Paranormal, Fiction » Young adult or teen » Science Fiction
Wren's struggling with her volatile liminal powers and her father's evil mind-games aren't helping. One brother is out to get her, while the other is obsessed with saving their mother—no matter what the cost. Worse, her boyfriend—the only one Wren can always rely on—is about to lose it big-time and keeps going AWOL. What's the point of liminal powers if you can't save the ones you love? 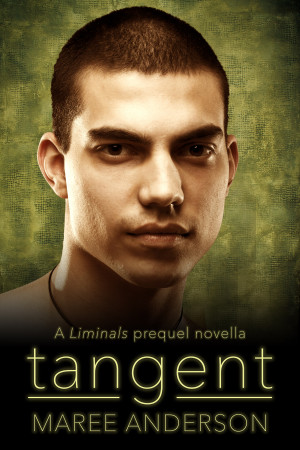 Tangent by Maree Anderson
Price: Free! Words: 30,610. Language: English (New Zealand dialect). Published: February 13, 2018. Categories: Fiction » Young adult or teen » Science Fiction, Fiction » Fantasy » Paranormal
For two years lone wolf Rix has protected Lily, and lied about his true feelings for her. When Lily is snatched by a covert group performing illegal experiments on kids, Rix charges to the rescue... only to discover he was the real target all along. His only chance is to use a lethal power that could save Lily, or doom them both. (Tangent is the novella-length prequel to the Liminals series.) 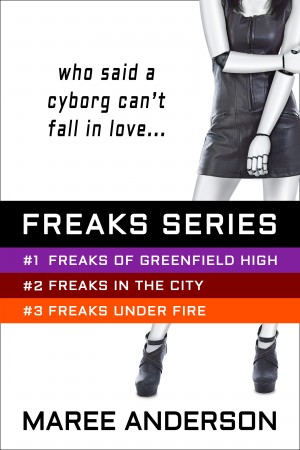 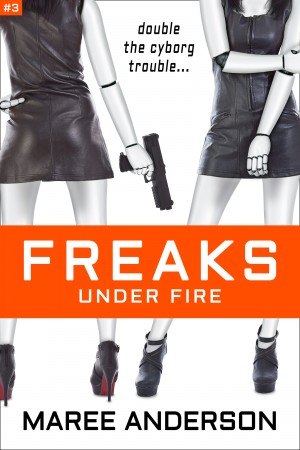 Freaks Under Fire by Maree Anderson
Series: Freaks, Book Three. Price: $4.99 USD. Words: 77,050. Language: English (New Zealand dialect). Published: March 31, 2015. Categories: Fiction » Young adult or teen » Paranormal, Fiction » Romance » Paranormal
Jay’s still reeling from an encounter with a rogue cyborg when she learns she has a twin—a severely damaged Beta unit. Jay's determined to find the Beta. Now she all she needs to do convince her boyfriend Tyler to stay behind. But Jay’s not the only one searching for her twin. With enemies who’ll stop at nothing, and Tyler caught in the crossfire, Jay's life just got a whole lot more complicated. 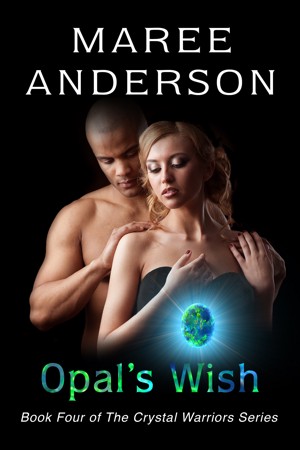 Opal's Wish by Maree Anderson
Series: The Crystal Warriors, Book Four. Price: $5.99 USD. Words: 103,840. Language: English (New Zealand dialect). Published: March 31, 2014. Categories: Fiction » Romance » Paranormal, Fiction » Fantasy » Paranormal
Eight-year-old Sera accidentally frees Danbur from his crystal and bonds with him. Danbur now has no chance to break his curse. Worse, the child's mother, Opal, apparently wants nothing to do with him— or any man. Then Opal's past puts Sera in jeopardy and she's forced to turn to Danbur for help. But what Opal doesn't realize is that the clock is ticking, and Danbur's time is about to run out. 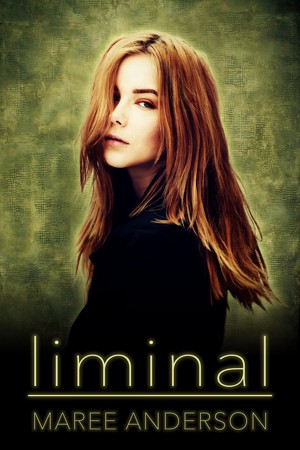 Liminal by Maree Anderson
Series: Liminals, Book One. Price: $4.99 USD. Words: 87,780. Language: English (New Zealand dialect). Published: July 23, 2013. Categories: Fiction » Young adult or teen » Fantasy, Fiction » Young adult or teen » Romance
Wren’s a liminal who can phase in and out of the real world… except someone’s blocked her energy flows and she’ll die if she doesn’t get help. Two warring factions want a piece of her, and she’s totally crushing on her only ally, mysterious bad boy Kade. But he’s keeping secrets from her, just like everyone else. And what’s lurking in a ghostlike plane called Between is the biggest shock of all. 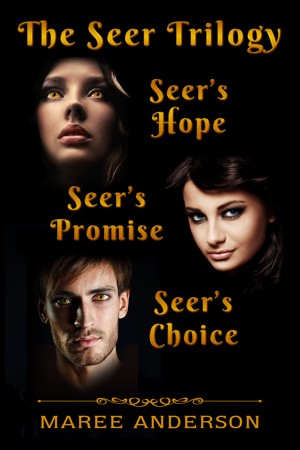 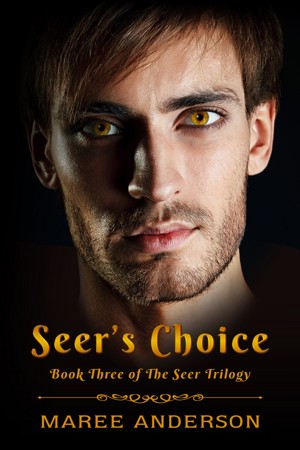 Seer's Choice (Book Three of The Seer Trilogy) by Maree Anderson
Series: The Seer Trilogy. Price: $5.99 USD. Words: 106,560. Language: English (New Zealand dialect). Published: March 31, 2013. Categories: Fiction » Fantasy » Epic, Fiction » Fantasy » Paranormal
Ryley has discovered his soul mate living in the Earth town of Seaview, his mother’s hometown. Interfering in Rowan’s destiny will bring the wrath of the gods down on him, but he can’t stop now that her strange powers have spun dangerously out of control. And when Dayamaria is threatened by a deadly predator immune to magic, he must choose between the woman he loves and the people he left behind. 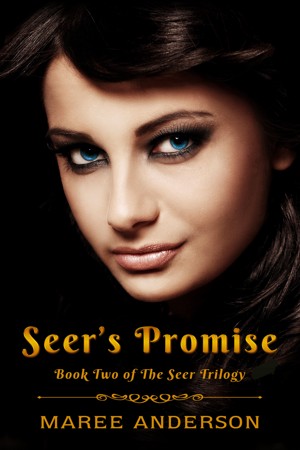 Seer's Promise (Book Two of The Seer Trilogy) by Maree Anderson
Series: The Seer Trilogy. Price: $5.99 USD. Words: 109,080. Language: English (New Zealand dialect). Published: March 31, 2013. Categories: Fiction » Fantasy » Epic, Fiction » Fantasy » Paranormal
Book Two of The Seer Trilogy: Romana is captivated by the prospect of becoming a powerful Sehan like her mother. But her dreams are shattered when everything she’d hoped for is bestowed upon one who couldn’t care less about wielding Sehani magic. She craves power with every fiber of her being… and when she finds a way to take it, the cost is devastating for gods and humankind alike. 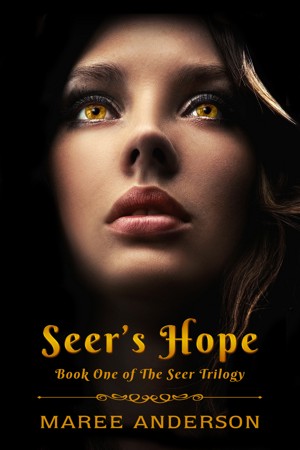 Seer's Hope (Book 1 of The Seer Trilogy): A young blind woman is snatched from her home and transported to a primitive world of magic and capricious gods where she’s transformed into a Seer; a golden-eyed being with awe-inspiring powers. Now all she has to do is learn to wield them. And if she’s to save those she loves from the horrifying evil that lurks in the darkness, failure is not an option. 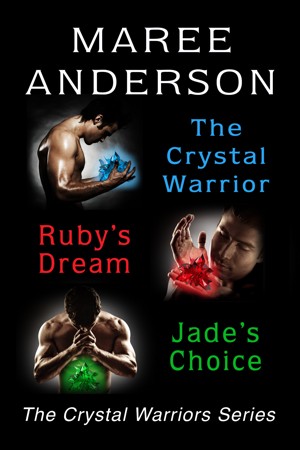 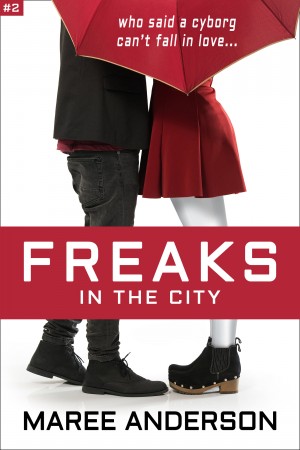 Loving a cyborg isn’t easy! The timing couldn’t be worse for Jay and Tyler to take the next step. Tyler’s secrets come back to bite him, his destitute ex shows up on his doorstep and someone is manipulating her behind the scenes. Then Tyler’s family is threatened, forcing Jay to confront a ghost from her past. And this time, the weapon chosen to take out Jay really could be the death of her. 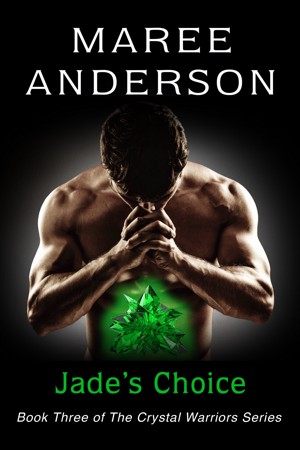 Jade's Choice by Maree Anderson
Series: The Crystal Warriors, Book Three. Price: $4.99 USD. Words: 75,310. Language: English (New Zealand dialect). Published: March 8, 2012. Categories: Fiction » Romance » Paranormal, Fiction » Fantasy » Paranormal
Jade’s so desperate to provide for her chronically ill sister, she decides to sell herself. Her first client is a Crystal Warrior destined to be her life-mate, but this complex man who’s captured her heart plans to kill himself rather than risk imprisonment in his cursed crystal again. And saving him might be impossible...because he still loves the woman who refused to bond with him decades ago. 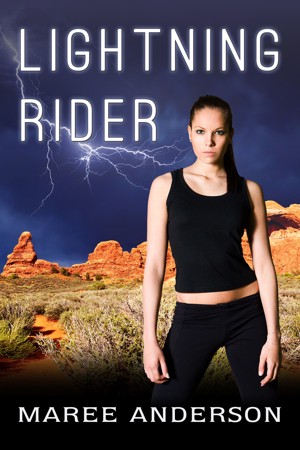 Lightning Rider by Maree Anderson
Price: $4.99 USD. Words: 79,510. Language: English (New Zealand dialect). Published: January 27, 2012. Categories: Fiction » Romance » Paranormal, Fiction » Romance » Sci-fi
Andie Brennan dies in a lightning strike and is miraculously healed and brought back to life. But now she’s sharing her body with an alien — the same alien who rode the lightning bolt that killed her! Can an alien Lightning Rider give a damaged young woman the courage to escape her manipulative boyfriend and grasp the happiness she deserves? 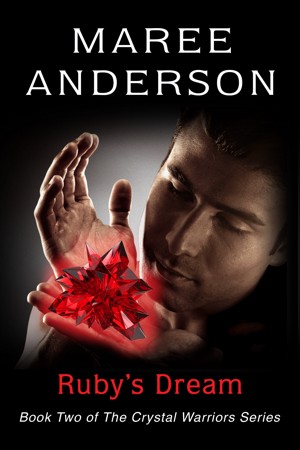 Ruby's Dream by Maree Anderson
Series: The Crystal Warriors, Book Two. Price: $4.99 USD. Words: 76,450. Language: English (New Zealand dialect). Published: November 5, 2011. Categories: Fiction » Romance » Paranormal
On the evening of her 30th birthday, plus-sized, boyfriend-less Ruby gets the best birthday present ever: Kyan, a Crystal Warrior who’s the gods’ gift to women. And for a chance at the Happy Ever After they both deserve, they must learn that appearances can be deceiving… and pass the Crystal Guardian’s test before time runs out for them both. (Crystal Warriors Book 2) 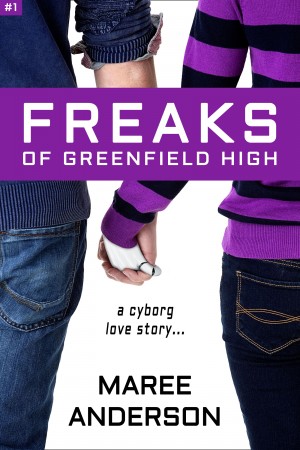 Now's so not the time for a cyborg to get all emotional! Jay's a teenage cyborg on the run from a covert organization intent on using her as a weapon. But Jay's evolving, and experiencing human emotions for the very first time. And when she's forced to hide out at a small-town high school, the unthinkable happens: she falls in love. (Optioned for TV by Cream Drama, Inc.) 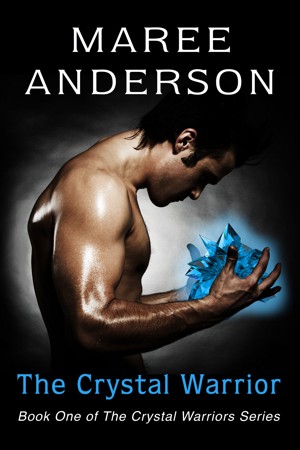 When career-focused dancer Chalcedony accidentally breaks a wulfenite crystal, a leather-clad man emerges. Wulf is a cursed Crystal Warrior, and before he realizes what’s at stake, he has magically bonded to Chalcedony. Now his life is in her hands. And when the Crystal Guardian’s Testing threatens everything she’s worked for, Chalcey must figure out how to save Wulf before it’s too late.

You have subscribed to alerts for Maree Anderson.

You have been added to Maree Anderson's favorite list.

You can also sign-up to receive email notifications whenever Maree Anderson releases a new book.