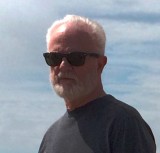 Where did you grow up, and how did this influence your writing?
I grew up in Chowchilla a small town in California's San Joaquin Valley. People have heard about it because of the famous kidnapping of a bus load of elementary school kids back in 1976. It's also the hometown of Ron Moore, the screenwriter and television producer famous for his efforts on Star Trek and the Syfy channel's re-envisioned Battlestar Galactica. I went to high school with his father. My first novel, The Escape of Bobby Ray Hammer is set in Chowchilla during the same time period. So the town and my experiences had a heavy influence on the story, but it certainly isn't autobiographical. Bobby Ray isn't me.

Chowchilla is a farming community, and I lived three miles outside of town. I have three brothers. It certainly wasn't inspiring. Even though it was an intellectual wasteland, being out late at night and seeing the stars and planets, the Milky Way galaxy, set my mind to questioning what the world is all about. It was the mystery of human existence. That's what fuels my writing today.
When did you first start writing?
You know, I actually put the first words of a story on a piece of paper when I was eleven. I had just read my first science fiction novel, and I was so excited, I was about to jump out of my skin. I immediately wadded it up and put it in the trash, afraid my older brother would see it. I didn't write anything after that until college. Then I started writing poetry. Where I came from and the crowd I ran with, people would laugh at you if you thought you could write a book. But my first serious writing efforts were at the age of thirty, right after I got out of the US Air Force. I felt liberated, somehow. Years before while still in college, I started reading Dostoevsky and couldn't stop. Over a couple of years, I read everything the man wrote. I believe his sense of the ridiculous and propensity to write long-winded narratives had a big influence on me.
Read more of this interview.

Where to find David Sheppard online

Story Alchemy: The Search for the Philosopher's Stone of Storytelling
Price: Free!

High Heels, With a Touch of Prufrock
Price: Free!

Sirius Chasing the Pleiades, An Essay on Euripides' Iphigeneia at Aulis
Price: Free!

Encountering Hermes, On the Road in Greece
Price: Free!

Tales of the Mythic World by David Sheppard 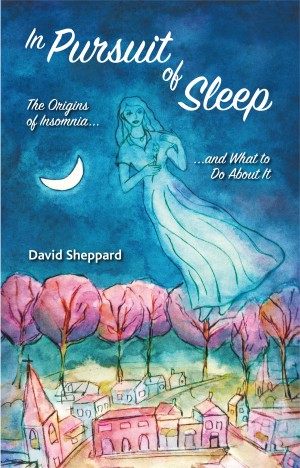 In Pursuit of Sleep: The Origins of Insomnia and What to Do About It by David Sheppard
Price: Free! Words: 32,340. Language: English. Published: January 10, 2016. Categories: Nonfiction » Health, wellbeing, & medicine » Sleep & sleep disorders
If you have been lying awake at night waiting helplessly for sleep to come, it is time you went on the offensive. This book is about pursuing sleep. The method is based on scientific principles and decades of research into the problems that block sleep. Read In Pursuit of Sleep today, use the method tonight. 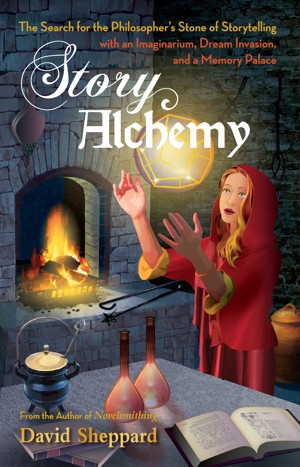 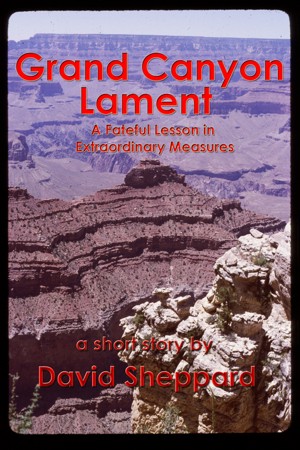 Grand Canyon Lament, A Fateful Lesson in Extraordinary Measures by David Sheppard
Series: Short Stories, Book 3. Price: Free! Words: 5,400. Language: English. Published: July 31, 2013. Categories: Fiction » Visionary & metaphysical, Fiction » Fantasy » Short stories
I wrote this short story for a class in intermediate fiction at the University of Colorado back in 1987 after reading a short story by John Ashbery titled, "Description of a Masque." I wrote it during the spring semester and just before I attended the Aspin Writers Conference, a life-altering event for me. 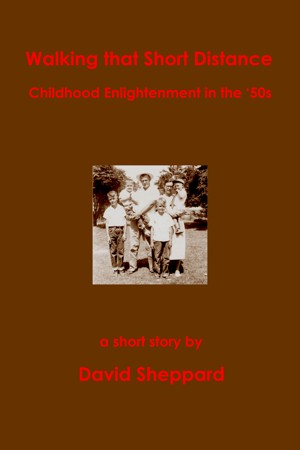 Walking That Short Distance, Childhood Enlightenment in the '50s by David Sheppard
Series: Short Stories, Book 2. Price: Free! Words: 9,240. Language: English. Published: July 29, 2013. Categories: Fiction » Coming of age, Fiction » Historical » USA
I wrote this short story (1987) for a class in creative writing at the University of Colorado. It is the most autobiographical story I've ever told. It's sort of a compilation of events from my own life with some alterations of family composition. I know it's difficult to believe, but I've known kids who were even more naive at eleven than I was. How things have changed in sixty years. 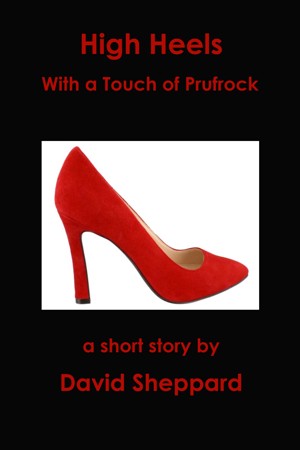 High Heels, With a Touch of Prufrock by David Sheppard
Series: Short Stories, Book 1. Price: Free! Words: 2,040. Language: English. Published: July 28, 2013. Categories: Fiction » Literature » Literary
I wrote this short story during the summer of 1992. It helped me flesh out a couple of characters in my first novel, The Escape of Bobby Ray Hammer, which I was writing at the time. I wrote it one Saturday evening, and the next afternoon, I read it to a rather large writing class. Our instructor loved it, and the class, mostly women, gave it a loud round of applause, something unheard of. 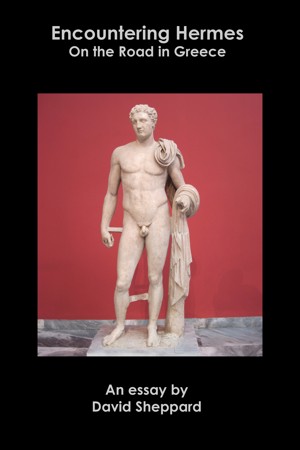 Encountering Hermes, On the Road in Greece by David Sheppard
Series: Essays, Book 2. Price: Free! Words: 2,580. Language: English. Published: July 27, 2013. Categories: Essay » Literature, Nonfiction » Travel » By region
This short essay describes a psychic experience I had while on an extended journey through Greece. The ancient Greeks viewed Hermes as the protector of travelers, but he was more than that. He was the complete existential experience. I seemed to lead a charmed existence during that journey, and when something did go wrong, it seemed to be for a reason. 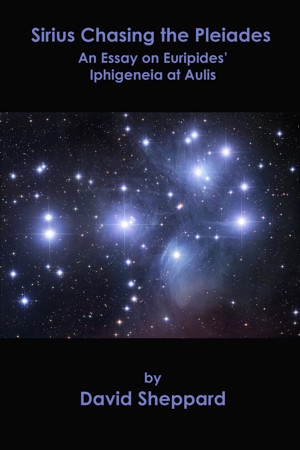 Sirius Chasing the Pleiades, An Essay on Euripides' Iphigeneia at Aulis by David Sheppard
Series: Essays, Book 1. Price: Free! Words: 1,640. Language: English. Published: July 27, 2013. Categories: Essay » Literature, Nonfiction » Education & Study Guides » Essays
This short essay addresses some of the opening text of Euripides' play Iphigeneia at Aulis. By investigating a couple of what appear to be throwaway lines, I found added meaning in the play, but I also came to realize how Euripides' genius at times lies deeply hidden in the subtext. 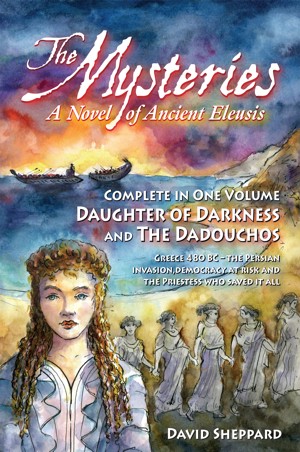 The Mysteries, A Novel of Ancient Eleusis by David Sheppard
Price: Free! Words: 132,180. Language: English. Published: July 9, 2012. Categories: Fiction » Historical » Ancient, Fiction » Coming of age
Available for the first time complete in one volume. Previously published in two volumes as Daughter of Darkness and The Dadouchos. In 480 BC, fifteen-year-old Melaina's biggest worry, she thinks, is wishing to follow Artemis and remain virgin when her mother and grandfather want her to marry and became a priestess. But when the Persians invade, the gods themselves have plans for Melaina. 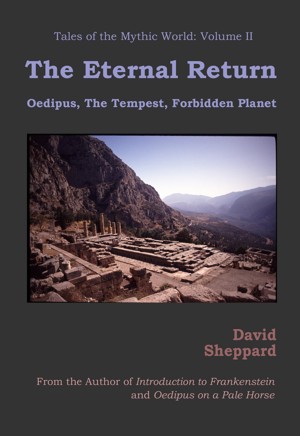 The Eternal Return: Oedipus, The Tempest, Forbidden Planet by David Sheppard
Series: Tales of the Mythic World, Book 2. Price: Free! Words: 33,850. Language: English. Published: March 15, 2012. Categories: Nonfiction » Entertainment » History & Criticism, Essay » Literature
The Eternal Return is Volume II of the Tales of the Mythic World series. This narrative discusses the relationship between Sophocles' Oedipus at Colonus (429 BC), Shakespeare's The Tempest (1611), and the Adler/Hume movie Forbidden Planet (1956). It also delves into the relationships between the authors' lives and their work. 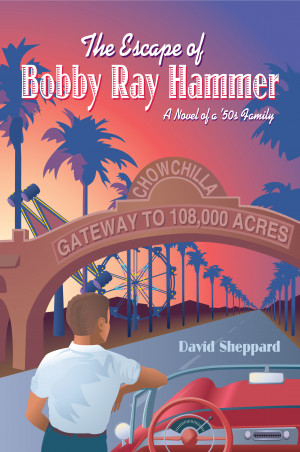 The Escape of Bobby Ray Hammer, A Novel of a '50s Family by David Sheppard
Price: Free! Words: 152,280. Language: English. Published: July 28, 2011. Categories: Fiction » Literature » Literary
Among the 5 finalists in the Faulkner Society Novel Competition. The Escape of Bobby Ray Hammer is a second generation Grapes of Wrath novel. Bobby is just entering his senior year in high school and eager to graduate and go on to college to get out of his rural farming community; however, he must resolve family problems that originated, he believes, with his brother's death. 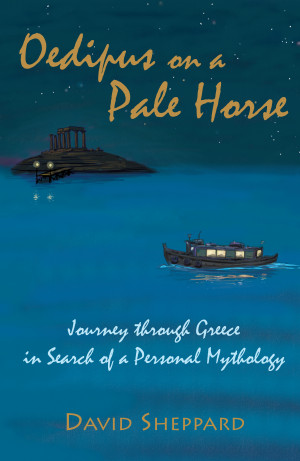 Oedipus on a Pale Horse, Journey through Greece in Search of a Personal Mythology by David Sheppard
Price: Free! Words: 214,780. Language: English. Published: June 19, 2011. Categories: Nonfiction » Travel » By region
Anyone traveling to Greece should consider taking this book with them. It contains both archaeological and mythological information on most the major and some of the minor sites throughout Greece and the western coast of Turkey. Painstakingly researched and documented. It's a catalyst for the mixture of all the components of the existential traveling experience. 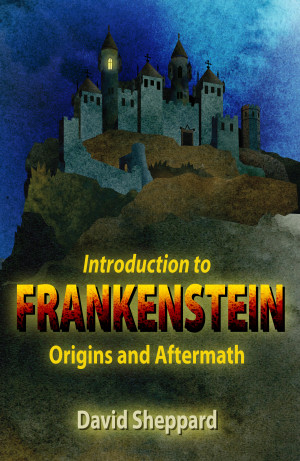 Introduction to Frankenstein: Origins and Aftermath by David Sheppard
Series: Tales of the Mythic World, Book 1. Price: Free! Words: 18,760. Language: English. Published: May 24, 2011. Categories: Nonfiction » Education & Study Guides » Study guides - English (insert language book was written in)
In the summer of 1816, five young people came together on the shores of Lake Geneva. It would be one of the most important events in literary history and result in the creation of a work that would never go out of print. That work is the novel Frankenstein. This is the story of how it all happened, and the tragedy that struck in its aftermath. Painstakingly researched and thoroughly documented. 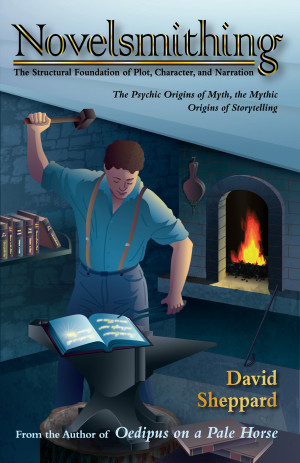 Novelsmithing, The Structural Foundation of Plot, Character, and Narration by David Sheppard
Series: Author's Craft, Book 1. Price: Free! Words: 57,890. Language: English. Published: March 31, 2010. Categories: Nonfiction » Reference » Writing skills
Novelsmithing provides the beginning novelist, or perhaps even the experienced novelist who has lost his way, with a discussion of the underlying structure and methods of novel writing. Nowhere else can the aspiring author learn the skills necessary to achieve the organic unity of the novelist's divine trinity: character, conflict and theme, so necessary to a fine work of literature.