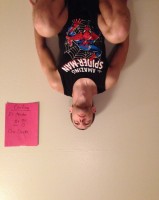 Salutations, dear readers! My name is Chris. I've been a writer for a number of years now. My first book, "Awaken: The Hollowstone Chronicles" was originally printed by Tate Publishing in 2009. I have since left Tate and am now publishing exclusively online. My favorite genres are horror, suspense, mystery, fantasy, and sci-fi. Please check back often as I'm getting pretty prolific as of late! The first three books of my Hollowstone Chronicles are now available and have the green light for Premium Catalog status! Book IV has been outlined and I just recently started on it. I'm hoping to release it sometime in 2016 (updated as I was originally planning for 2015... moving to a new state for a new job tends to throw a monkey wrench into writing projects)l. Book V is... well, it's in there somewhere. Stay tuned! I have also written a book about my experiences as an American teaching English in Korea. Trust me, the act of simply taking a shower is enough to write a book over there! Be sure to check out "A Life Less Ordinary!"

I've taken up several smaller, but definitely significant writing projects. I took my first swing at including LGBT writing in my arsenal with "Both Sides of the Fence." In May 2016, I hope to release a series of mind-bending short stories in a collection entitled "An Unusual Anthology." Book IV of the Hollowstone Chronicles (should) be released in October. Lastly, my first children's book, another anthology called "The Heroes Chronicles" should be released on Black Friday 2016.

Other than that, I'm an English teacher, a martial artist, a linguist, and a pretty darn good cook if I do say so myself. I'm originally from Dublin, VA, but I relocated to Carrboro, NC after living for three years in Baton Rouge. When I figure out what I want to be when I grow up, I'll let you know.

Thank you for visiting my page and taking an interest in my books! If you'd like to know more, please feel free to connect with me via Facebook. Sadly, I'm hopelessly addicted to Facebook, but it's a good place to get updates for that reason. Happy reading! 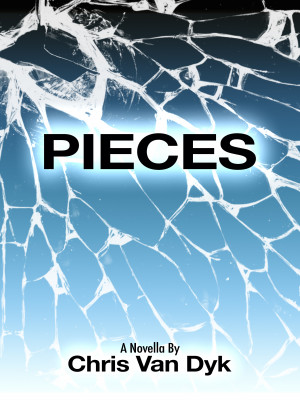 Pieces by Chris Van Dyk
Price: $0.99 USD. Words: 25,550. Language: English. Published: October 30, 2018. Categories: Fiction » Gay & lesbian fiction » Gay, Fiction » Visionary & metaphysical
Micah, an out and proud gay man, struggles to maintain his sanity as his life spirals into a quagmire. Haunted by an unrelenting shadow, he receives help that reaches across the expanse of time for a final confrontation with his demons. 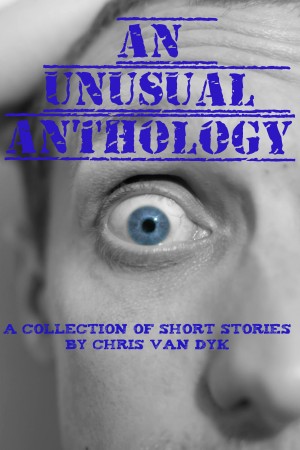 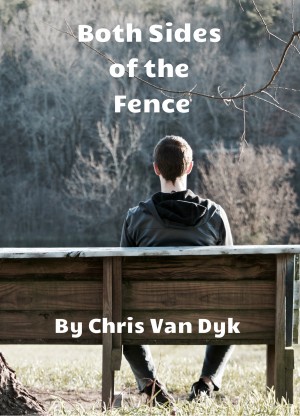 Both Sides of the Fence by Chris Van Dyk
Price: $0.99 USD. Words: 18,820. Language: English. Published: January 3, 2016. Categories: Nonfiction » Gay & Lesbian » Biographies
Both Sides of the Fence is a book about life as a bisexual man, for bisexual men. Though anyone and everyone is invited to enjoy its insights, it follows a series of anecdotes and observations to discuss the nuances of what it's like to live as one of the less-talked about members of the LGBT community. 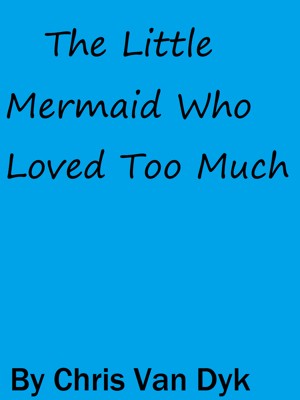 The Little Mermaid Who Loved Too Much by Chris Van Dyk
Price: Free! Words: 2,590. Language: English. Published: November 27, 2013. Categories: Fiction » Fantasy » Short stories
Adrian the mermaid is on a quest for love... and eventually vengeance. But mostly love. In this twisted fairy tale wrought with irony, it presents a more realistic ending to the conventional love story, albeit that it gets there along the most absurd path possible. This also ties into the Twisted Fairy Tales universe that has ruined so many childhoods thus far. Not recommended for children. 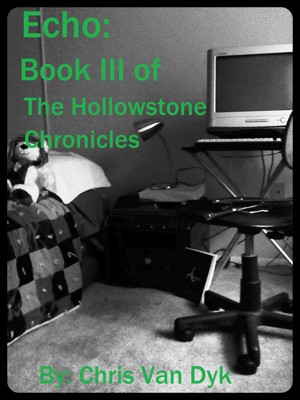 Echo: Book III of the Hollowstone Chronicles by Chris Van Dyk
Price: $1.99 USD. Words: 100,240. Language: English. Published: October 27, 2013. Categories: Fiction » Horror » Undead
The saga continues several years after the events of Ignite. Jennifer finds herself dealing with pain, loss, and the trials of becoming her own woman in an unfamiliar city. In the midst of her recovery, she finds shadows from the past creeping into her daily life, echoing the events that took place all those years ago. Now she fights a new battle with everything at stake. 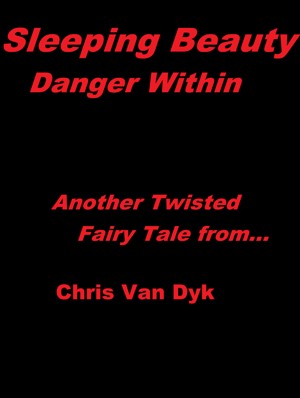 Sleeping Beauty: Danger Within by Chris Van Dyk
Price: Free! Words: 3,230. Language: English. Published: June 3, 2013. Categories: Fiction » Fantasy » Short stories
Sleeping Beauty awakens suddenly in a near-post Apocalyptic wasteland. But this is not the story she knew. She's walked out of her dreams and into a world of nightmares. 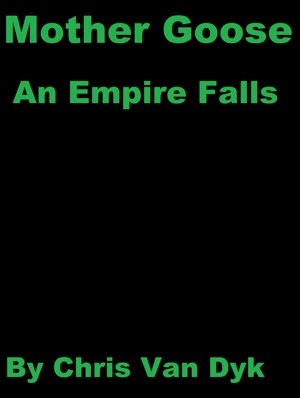 We return once more to the world where fairy tales are born just in time to watch it burn. This story is the climatic final showdown for Goldilocks as she meets the great creator, Mother Goose. 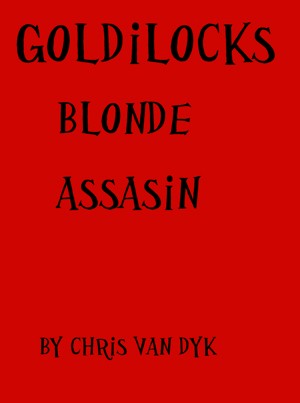 It's a world of myth and legend. Ours is the story every child is told before bed time around the world. But this iconic tale has a new twist. You've never seen Goldilocks until you've seen her as the Blonde Assassin. Follow her on a mission that will prevent bedtime from ever being the same. 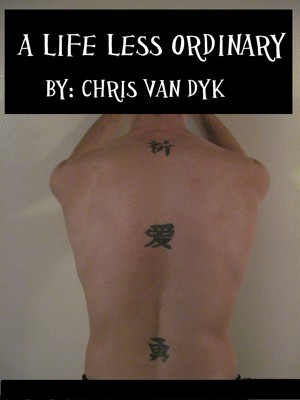 A Life Less Ordinary by Chris Van Dyk
Price: $0.99 USD. Words: 119,930. Language: English. Published: October 24, 2012. Categories: Nonfiction » Biography » Personal memoir
What happens when an American from a small, rural town goes overseas to live and teach in one of the biggest cities in South Korea? Follow me on my one year journey to find out! 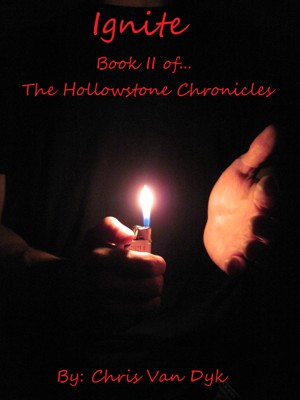 Immediately after the events in "Awaken," we find Chris and the others in all-out war with Evelyn and her Cads. The stakes are higher, the monsters are stronger, and the teens' numbers... are thinning. Check out the final confrontation with Evelyn Woe and see if the young fighters can finally end their no-longer-private war with the armies of the undead! 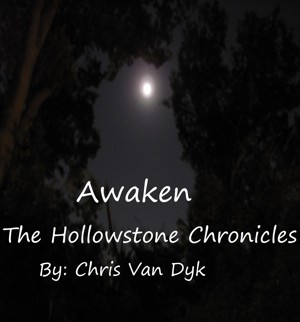 Awaken: The Hollowstone Chronicles by Chris Van Dyk
Price: $1.99 USD. Words: 114,300. Language: English. Published: September 27, 2012. Categories: Fiction » Young adult or teen » Horror
A kid's senior year of high school is hard enough, but Chris and his friends suddenly find themselves at war with a plague of undead. Magic, mystery, and murder lurk around every turn in the rural town of Hollowstone as the teens fight for survival against unrelenting hordes of terror.

You have subscribed to alerts for Chris Van Dyk.

You have been added to Chris Van Dyk's favorite list.

You can also sign-up to receive email notifications whenever Chris Van Dyk releases a new book.