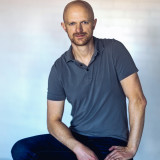 51 readers have added this author as a 'Favorite Author'.

What motivated you to become an indie author?
It was an easy decision when nobody else was willing to take a chance on me and put me in print. I'm very grateful to be writing at a time where it's possible and not a pipe dream to put my stories to readers directly worldwide.
Is the main character named for anyone in real life?
Yes. Some of the characters are homages to many of my favorite things (such as Pellew is a reference to Horatio Hornblower) and other names are just the result of searching out baby name dictionaries or the product of random events (Summers was originally Summer but my little brother kept accidentally adding an "s" while reading a portion of a very early demo and I decided I liked that better.) Calvin is named for Calvin and Hobbes, which is a comic I adored in grade school.

In Silverwind, the characters (who have magic) are named after stars, e.g. Rigel->Rigil, and "Antares" is the most purposefully named character of any I've ever written, in any story, but I won't explain why because that would risk spoilers.)
Read more of this interview.

Insurgents of Second Earth by Richard L. Sanders
Within the enormous megastructure of Civilization, The Lord Protector watches over the last remnants of human society. It is a paradise of structure, order, and peace. And while it's not entirely perfect--for instance, the nobility retains some of the barbarism of the ancient progenitors that came from Earth--it is a safe harbor for its millions of citizens, most of whom live peaceful and productive lives, cured of unnecessary vices like hunger, lust, and even family. Eric XXII is a model citizen. He's lived his life just as he should, from incubation all the way into his early twenties. So it comes as a surprise for him when one day he is kidnapped by a secret underground society that reveals to him the truth about his existence and shows him he has potential far beyond what he'd ever imagined. And that he's something more than just human. There his world is turned upside down as he's thrust unwittingly into a secret, ongoing war between the overwhelming forces of Civilization and a tiny superhuman sect of true-believing insurgents. To make matters worse, he discovers romantic feelings for the first time, falling for Bria, who's dating the most dangerous insurgent of all.

The Phoenix Conspiracy by Richard L. Sanders
& Richard Sanders
A complex space opera of betrayal, conspiracy, political gamesmanship, war, dangers that threaten billions, poisonous ambition, thick clouds of grey uncertainty, and a charismatic and intrepid crew of young, expertly trained spies to do the impossible and make sense of it all--and save humanity--or die in the effort. Meanwhile the cunning chess-players and their gambits leave you guessing whom to trust and who is manipulating who, all while betrayal and blood mar the stars themselves. 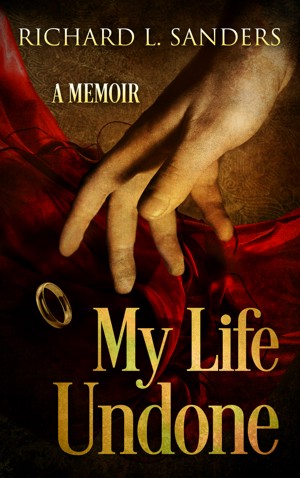 My Life Undone by Richard L. Sanders
Pre-release—available March 12, 2023. Price: $0.99 USD. Language: English. Categories: Nonfiction » Self-improvement » Emotional healing, Nonfiction » Biography » Autobiographies & Memoirs
In this memoir--warts and all--author Richard L. Sanders opens up about the litany of mistakes, tragedies, betrayals, and other unbelievable events in his life since the publication of Phoenix Requiem in 2016; this is the story of how he fell from acclaimed, happily married, best-selling author to divorced, exiled pariah at death's door in an emergency medical helicopter, and what happened since. 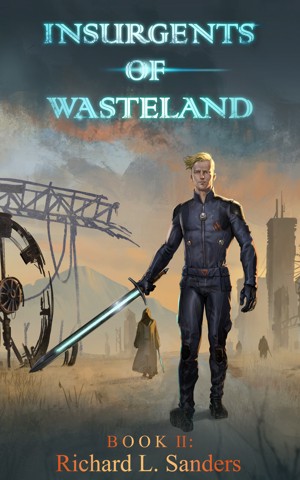 Insurgents of Wasteland by Richard L. Sanders
Series: Insurgents of Second Earth, Book 2. Price: $9.99 USD. Words: 109,000. Language: English. Published: September 30, 2021. Categories: Fiction » Young adult or teen » Science Fiction, Fiction » Young adult or teen » Romance » General
In danger and on the run, some of the hybrids seek refuge in the most desperate of all places. Wasteland. A lawless, desolate outland filled with outcasts, exiles, and unthinkable surprises. Meanwhile, those who remain in Civilization must struggle against a new and different kind of threat. This is the sequel to Insurgents of Civilization and the finale of the story. 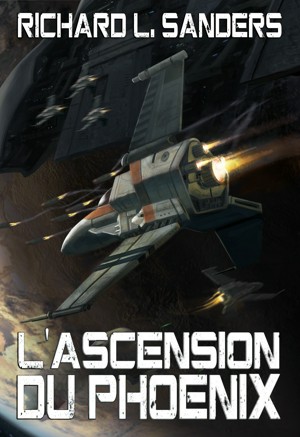 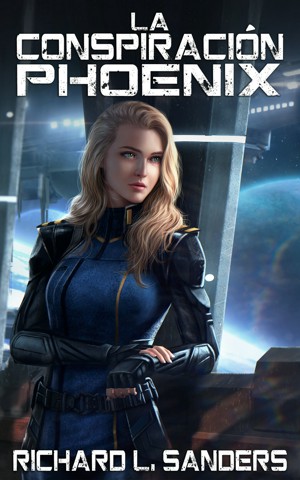 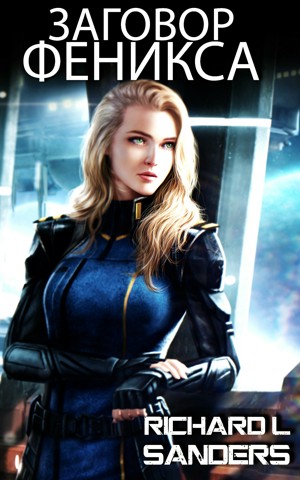 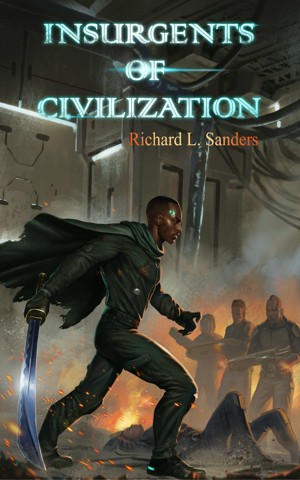 Insurgents of Civilization by Richard L. Sanders
Series: Insurgents of Second Earth, Book 1. Price: Free! Words: 125,720. Language: English. Published: May 4, 2021. Categories: Fiction » Young adult or teen » Science Fiction, Fiction » Young adult or teen » Romance » General
Eric XXII is a model citizen. So it comes as a surprise when he's kidnapped by a secret society and shown he has powerful abilities. Confused, he's thrust into a war between almighty Civilization and this tiny sect of superhuman insurgents. Worse, he discovers romantic feelings for the first time and falls for Bria. Who happens to already be dating the captain and most fearsome insurgent of all. 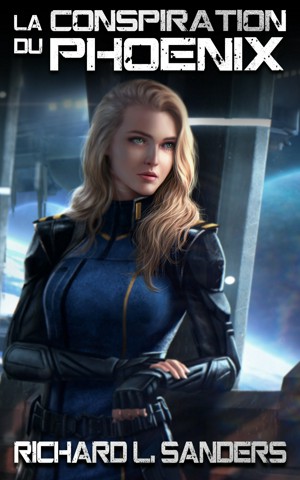 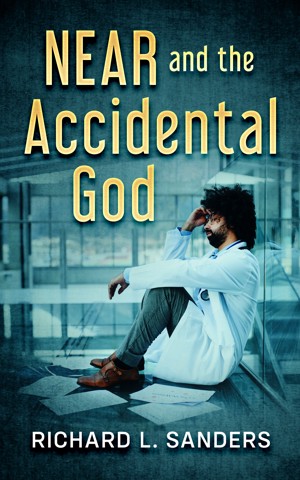 NEAR and the Accidental God by Richard L. Sanders
You set the price! Words: 6,990. Language: English. Published: January 25, 2021. Categories: Fiction » Science fiction » General, Fiction » Themes & motifs » Technological
A depressed but ingenious roboticist is forced to grapple with the larger questions of life after his science exceeds his designs. 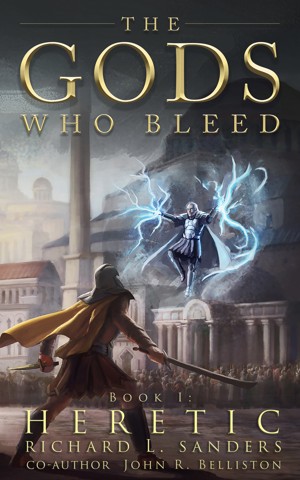 The Gods Who Bleed: Heretic by Richard L. Sanders
Pre-release—available March 12, 2023. Price: $9.99 USD. Language: English. Categories: Fiction » Fantasy » Epic
What would you do to find justice? Slaughter angels? Ally with demons? Defy inquisitors? Challenge the Gods? Would you bind your soul to the impossible? Or live a life of only lies to make things right? Damon of Rokatha will punish those who took his sister from him. And in so doing, he will prove once and for all that even Gods can bleed. 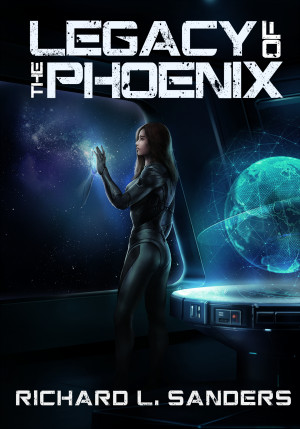 Legacy of the Phoenix by Richard L. Sanders
Pre-release—available December 7, 2022. Price: $9.99 USD. Language: English. Categories: Fiction » Science fiction » Space opera, Fiction » Mystery & detective » General
Kane was only a boy when humanity's Empire was brought to the verge of extinction. He knew nothing of the hard choices made--noble and cruel--that paid for humanity's salvation. Now after 30 years of prosperity, he is caught in the crosshairs of destiny. Face-to-face with the consequences of choices he never made. All while strange occurrences fuel rumors of darker horrors lurking among the stars. 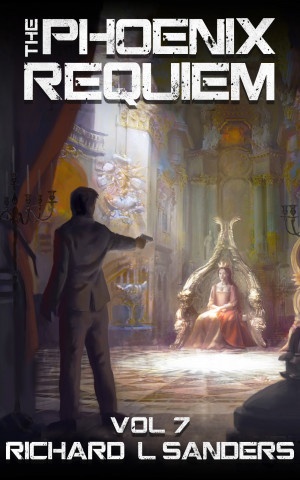 The Phoenix Requiem by Richard L. Sanders
Series: The Phoenix Conspiracy. Price: $9.99 USD. Words: 162,210. Language: English. Published: March 26, 2016. Categories: Fiction » Science fiction » Space opera, Fiction » Mystery & detective » General
Senseless butchery on a colossal scale. That’s the hallmark of the Dread Fleet wherever it goes. No force has ever been able to stop it, and now it threatens the Empire, the Queen, and humanity itself. Queen Kalila must organize a final, desperate defense. Meanwhile, Calvin and his crew race into the unknown dangers of Forbidden Space, hoping to find answers before it's too late. 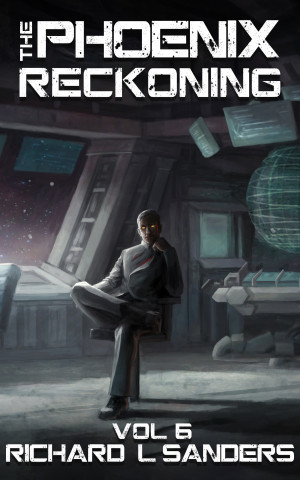 Blackmoth attempts to detonate an isotome weapon near Kalila’s embattled fleet. Raidan threatens harm upon Capital World. Calvin leads his people into Forbidden Space. Rain and Calvin have begun an impractical romance, to Summers's dismay. Tristan demands what was promised. Shen must make a choice. The Dread Fleet’s campaign of death is underway. No one is safe. The Final Reckoning has begun! 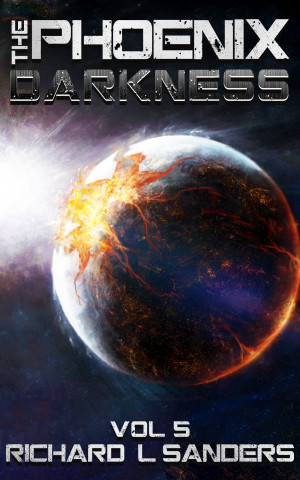 On a dangerous spy mission, Calvin has been betrayed by an ally. Summers, Blackmoth, and Tristan race to recover the isotome weapons. Raidan has underhanded plans. Kalila and Caerwyn have drawn the entire Empire into brutal civil war. The Rotham seem poised to attack human worlds. And in the vast regions of Forbidden Space the Dread Fleet moves, charged with bringing to pass the Final Darkness. 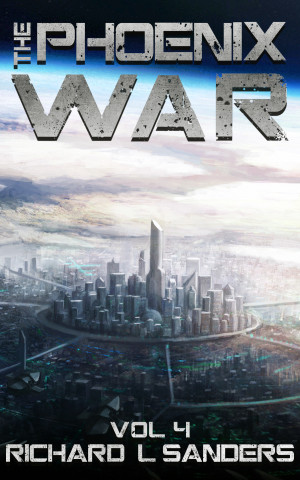 The threat of civil war looms over humanity. Summers races to find the isotome weapons, Nimoux is trapped, Shen awakens to a strange new life, and Calvin hunts for the true puppetmaster. Desperate to discover the deepest layer of the conspiracy before it's too late. And in the shadows, Blackmoth brews a storm of chaos, hellbent on subjecting the galaxy to the dark design of his One True God. 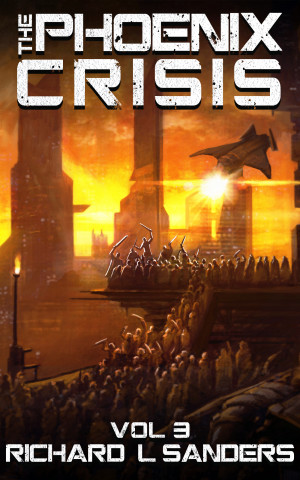 The leaders of the Phoenix Conspiracy are poised to usher in The Hour of Ascension. And it is up to Calvin to expose the conspiracy before the Empire collapses in a firestorm of civil war. The Organization, the Akiras, CERKO, the Advent, the Phoenix Ring... it all comes down to this moment. And the question on everyone's mind is, can the Empire survive? Or will it be lost to the tempest. 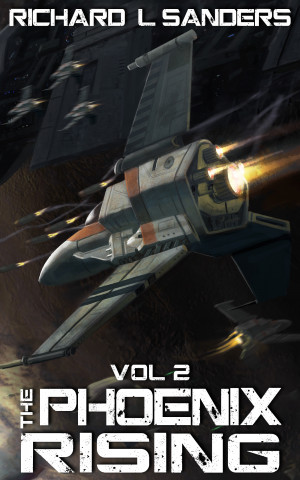 As the most serious threat ever facing the galaxy now looms over them, Calvin and his crew continue their mission to expose the dark conspiracy haunting the Empire. Now a fugitive on the run, Calvin has no choice but to work alongside Raidan’s mysterious Organization. And form an alliance with a misfit band of fair-weather friends. Meanwhile ships are vanishing and murders are going unnoticed. 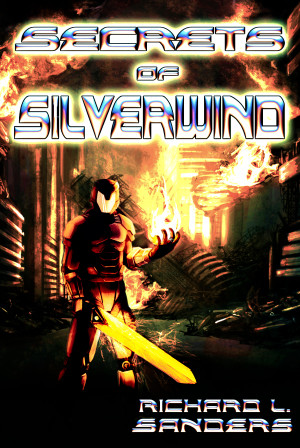 Secrets of Silverwind by Richard L. Sanders
Price: $9.99 USD. Words: 97,680. Language: English. Published: June 7, 2012. Categories: Fiction » Young adult or teen » Fantasy, Fiction » Young adult or teen » Fantasy
In the scorched remains of a world ripped apart by magic and advanced technology, Caythis must discover the truth behind his own disappearance in order to right the world and atone for his one great mistake. It is a twisted path of deception and betrayal; one that forces him to realize... sometimes the darkest truths are best kept secret. 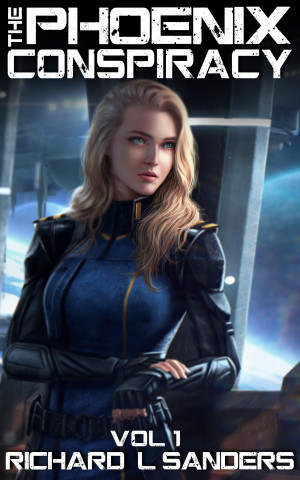 Calvin, an intelligence operative, is sent to eliminate a dangerous traitor. But as he chases his prey across the stars, he realizes they are both pawns in a shadowy chess game that threatens humankind everywhere. If he is to uncover the conspiracy he must confront, and embrace, the darkest elements of the galaxy. And throw himself, his career, and everyone he loves into the line of fire. 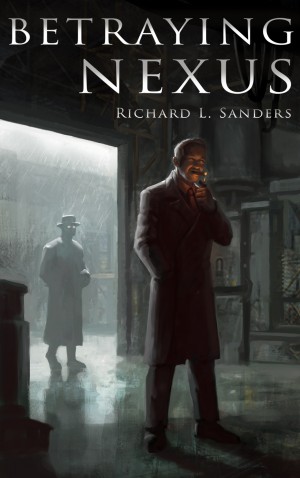 Jason works for Nexus, a secret vigilante organization. He’s a Mind Bender and can implant thoughts into the minds of others. He's both a prodigy and a rising star. But when he’s forced to take down an old friend and learns Nexus's darkest secret, he must ask himself what he believes in. And if it’s worth turning against the woman he loves.

You have subscribed to Smashwords Alerts new release notifications for Richard L. Sanders.