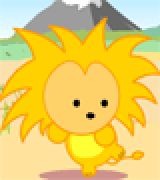 I'm a reader, have been for close to half a century and I'm both voracious and discerning.

It's a tough combination to keep happy, so bear that in mind if you didn't like my reviews here.

In general I won't rate down a good and well-told story for a few spelling mistakes. Without paying for a good editor and proofreader, it's not a sin. However I will rate down a story for

a) Easily spotted inconsistencies in the plot.
b) Anachronisms that could be easily researched*
c) Repeated use of clichés.

* I'm not an expert in anything, but I've read and know a *lot*. If I spot it then you can be certain that any expert in the subject will laugh at your story.

I love reading, and I love being told stories. In general I won't read anything that I don't think I'd like (who would?), and I won't pan something that's truly dire even if I was suckered into reading it, I just won't review it. The only time I'll rate down a story is if I liked it, but...

Which is a compliment. I wouldn't have bothered to type all that if I thought it was crap ;)

And one thing I will never, *ever*, do is give away the plot. I cannot begin to describe how annoyed it makes me when I see drooling idiots doing that in reviews.

A roof can be peaked, but the voyeur peeked because his interest was piqued.

A mirror is shiny, not shinny. You should probably delete 'shinny' from your spell-check, I've never seen the word except in a dictionary.

Enervated is the opposite of energised.

Puss is a fluffy ickle putty-tat, but pus is the icky stuff.

Where to find MoratGurgeh online

You have subscribed to Smashwords Alerts new release notifications for MoratGurgeh.

You can also sign-up to receive email notifications whenever MoratGurgeh releases a new book.