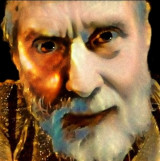 It’s been a while since I’ve been known by my Hawaiian shirts and tennis shoes, at least in summer. Winters in New England are another matter.
For four decades, my career in daily journalism paid the bills while I wrote poetry and fiction on the side. More than a thousand of those works have appeared in literary journals around the globe.
My name, bestowed on me when I dwelled in a yoga ashram in the early ‘70s, is usually pronounced “Jah-nah,” a Sanskrit word that becomes “gnosis” in Greek and “knowing” in English. After two decades of residing in a small coastal city near both the Atlantic shoreline and the White Mountains northeast of Boston, the time's come to downsize. These days I'm centered in a remote fishing village with an active arts scene on an island in Maine. From our window we can even watch the occasional traffic in neighboring New Brunswick or lobster boats making their rounds.
My wife and two daughters have prompted more of my novels than they’d ever imagine, mostly through their questions about my past and their translations of contemporary social culture and tech advances for a geezer like me. Rest assured, they’re not like any of my fictional characters, apart from being geniuses in the kitchen.
Other than that, I'm hard to pigeonhole -- and so is my writing.

Tell us about your newest project.
I can joke about it being the book I didn’t want to write, but it wouldn’t let go. It’s not even a novel, either, but a history of the Quaker Meeting where I worshiped and communed for thirty-some years of my life, plus the town and watershed where it all happened.
The project forced me to recast New England’s past, and the startling results diverge sharply from what we’d been taught in school — you know, the one that jumped quickly from the big turkey dinner with the Pilgrims and the local Natives to Paul Revere’s midnight ride, with next to nothing in between except maybe the witch trials in neighboring Salem.
What I found instead was that Dover, where I lived for twenty-one of those years, was settled before the Puritans began flooding into New England, and it soon became a haven for misfits and dissenters, not that you’d suspect that today. It was also on a frontier where hostilities with the French and their Native allies raged far longer than they did anywhere in the Far West, and with much harsher consequences. Well, the French were no longer in the picture out West. And that’s just in the first hundred-plus years.
Admittedly, even as a history, my new book’s hard to pigeonhole. There are no footnotes. I’ve been encouraged to insert myself into the story as a gently laughing curmudgeon narrator. And like my novels, it has a counterculture emphasis and revolves around some quirky characters.
There are good reasons I call it a partial history – it’s both partial and ultimately incomplete.
You say you're hard to pigeonhole. Care to explain?
I don't write in conventional genres, perhaps because my life doesn't neatly fit many social models, either. As you see, I'm fascinated by a range of arcane subjects and can go off on any of those tangents easily.
Thanks to one publisher, the best description to date calls me a Mixmaster Supreme — you know, taking a lot of ingredients and throwing them in an electric blender, like the Sunbeam my mother used to have. Or should we make that "eclectic" blender? Yes, I am fond of puns. At times, the Mixmaster label makes me think of myself as a literary bartender or even a mad scientist. Care to sample what's in this beaker with an olive? The tag is far more evocative than the Cuisinart we have now.
Read more of this interview.

Where to find Jnana Hodson online 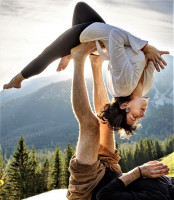 Living Dharma by Jnana Hodson
Jaya's life takes a sharp turn when she leaves high-rise Manhattan. First, in Yoga Bootcamp, there's the farm out in the sticks, the one led by a swami they call Elvis or else Big Pumpkin. And then, in Nearly Canaan, she ventures out into the prairie to resume her career in nonprofits management, not expecting to be caught up in hot romance or be swept to the desert interior of the Pacific Northwest. Along the way, in The Secret Side of Jaya, she discovers much more than meets the eye — especially the figures who intersect with her spirit. She's the heart of the three novels of Living Dharma. 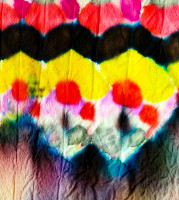 Freakin' Free Spirits by Jnana Hodson
This freewheeling cycle pivots around a daughter's obsessive trips into her father's past after he vanishes in an avalanche when she's just 11. What she uncovers may seem a freaky world away from her own, as her sarcastic comments underscore, but each step points fatefully to her unique extended family and herself. Each of the four volumes stands on its own as he moves by steps eastward and then back to Indiana, where Cassia is born, grows up, and brings to light her own identity. Read them in any order you wish. 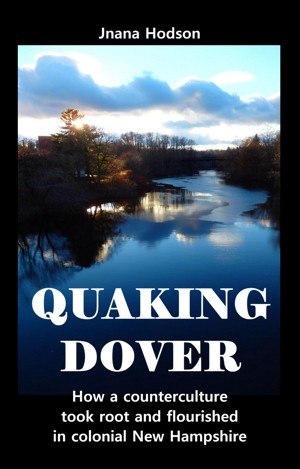 Quaking Dover: How a Counterculture Took Root and Flourished in Colonial New Hampshire by Jnana Hodson
Pre-release—available September 8, 2022. Price: $4.95 USD. Words: 72,880. Language: English. Categories: Nonfiction » History » American
Let me tell you about the turbulent rise and gentle decline of a distinctive subculture in New England. Mine is a partisan history of a group just up the coast from Boston, an unwavering bunch of folks who really rattled the Puritans. It’s the story of the Quakers in one town, then and now — America’s seventh oldest Quaker Meeting, centered in the nation’s seventh-oldest permanent settlement. 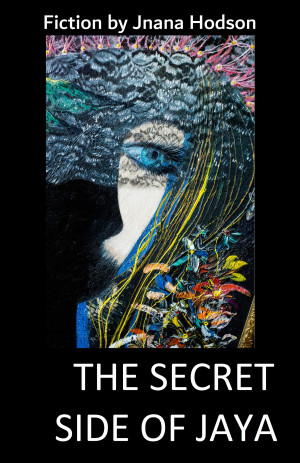 The Secret Side of Jaya by Jnana Hodson
Series: Living Dharma. Price: $2.95 USD. Words: 60,120. Language: English. Published: May 31, 2020. Categories: Fiction » Fantasy » Contemporary, Fiction » Visionary & metaphysical
Do you ever talk to animals? Do you ever talk to people who others don't see? It's one way Jaya stays sane amid the pressures of her daily endeavors — especially when they talk back. These three novellas reflect the local characters in the distinct landscapes where Jaya dwells after leaving the yoga ashram. No wonder their alternative awareness sustains her through daily turmoil. 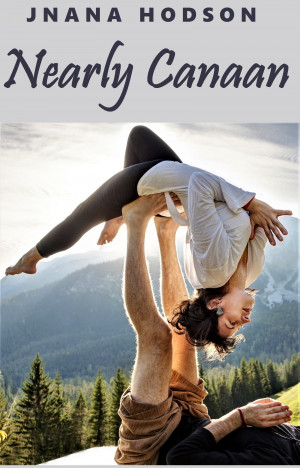 Nearly Canaan by Jnana Hodson
Series: Living Dharma, Book 2. Price: $3.95 USD. Words: 130,550. Language: English. Published: February 7, 2020. Categories: Fiction » Romance » Contemporary, Fiction » Themes & motifs » Spiritual & metaphysical
Jaya is young, beautiful, and ambitious. She's also intent on bringing yoga into the heartland and beyond. What she doesn't count on is falling for a hot young waiter in a small town on the prairie. Their adventures could set off a volcano, especially once they resettle within one's shadow. 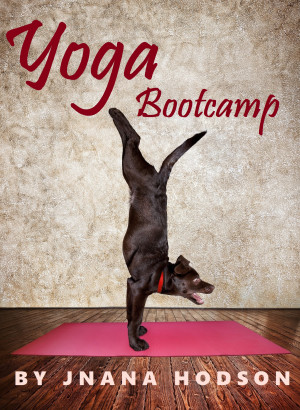 Welcome to a day in the life of eight young yogis who live under the guidance of a swami they also call Elvis or Big Pumpkin. Living together on a small farm not far from New York, they labor and learn in what they call an ashram. As they teach their guests, yoga is about much more than standing on your head. It's work — hard work — especially when it comes to caring joyfully for each other. 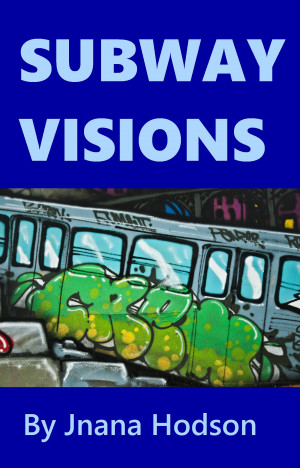 Subway Visions by Jnana Hodson
Series: Freakin' Free Spirits, Book 3. Price: $2.95 USD. Words: 38,190. Language: English. Published: May 1, 2019. Categories: Fiction » Urban, Fiction » Visionary & metaphysical
These underground urban adventures explore the mega-metropolis of Gotham upside-down. When a hick from the sticks like Kenzie is guided by two of his Buddha buddies and a tagger named T-Rex, the subway tunnels and elevated rails become a stage for celebrating the freaks and visionaries and dreamers who give a great city its kinetic vitality. Here's to trips that outweigh the usual destinations. 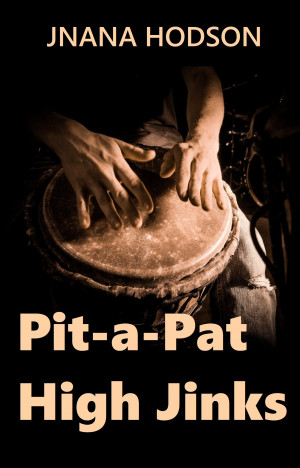 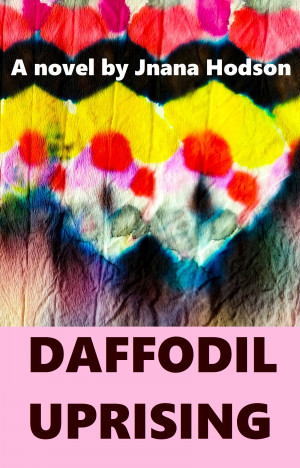 Daffodil Uprising by Jnana Hodson
Series: Freakin' Free Spirits, Book 1. Price: $3.95 USD. Words: 136,290. Language: English. Published: September 15, 2018. Categories: Fiction » Coming of age, Fiction » Alternative history
As his daughter discovers, Kenzie and his buddies didn't set out to become hippies, but in the face of the old-boy establishment and its war in 'Nam, their hippedelic transformation was a natural outcome. Even for a geek like him, even in Indiana. Nothing remained the same in the aftermath, for sure. 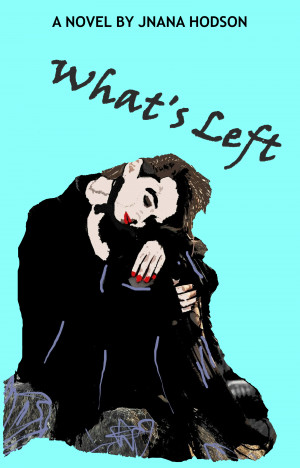 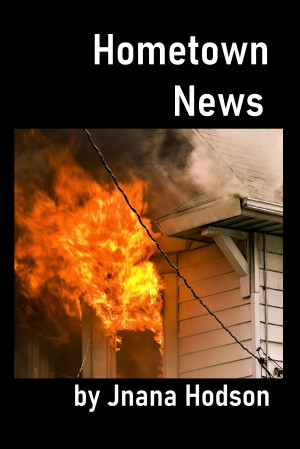 Hometown News by Jnana Hodson
Price: $3.95 USD. Words: 78,730. Language: English. Published: September 2, 2014. Categories: Fiction » Humor & comedy » Black comedy, Fiction » Historical » USA
They had hoped to transform their town and its newspaper, but a band of young, idealistic reporters, photographers, and editors at one family-owned daily newspaper recognizes that their small industrial city – like the rest of the American heartland – is at the mercy of forces far beyond its border. Consider this a report from Trump country. 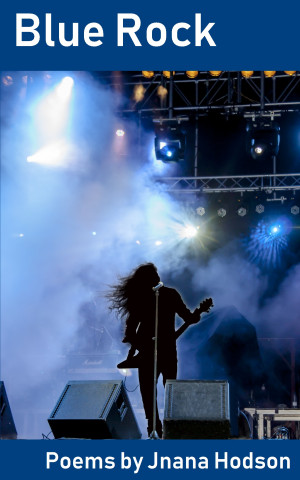 Blue Rock by Jnana Hodson
Price: $0.99 USD. Words: 8,710. Language: English. Published: May 12, 2014. Categories: Poetry » Contemporary Poetry, Fiction » Romance » Contemporary
After appearing widely as selections in literary magazines around the world, the 80 love poems in this series now stand for the first time complete. Just listen and sway to their blues and rock. Perhaps even admire their diamond. It's passion, after all, and sometimes betrayal. Frequently, they play out in two voices in different keys that ignite in the rocky night or distill in the blue morning.