500 readers have added this author as a 'Favorite Author'.

New York Times Bestselling author, R.L. Mathewson was born in Massachusetts. She’s known for her humor, quick wit and ability to write relatable characters. She currently has several paranormal and contemporary romance series published including the Neighbor from Hell series.

Growing up, R.L. Mathewson was a painfully shy bookworm. After high school she attended college, worked as a bellhop, fast food cook, and a museum worker until she decided to take an EMT course. Working as an EMT helped her get over her shyness as well as left her with some fond memories and some rather disturbing ones that from time to time show up in one of her books.

Today, R.L. Mathewson is the single mother of two children that keep her on her toes. She has a bit of a romance novel addiction as well as a major hot chocolate addiction and on a perfect day, she combines the two.
If you’d like more information about this series or any other series by R.L. Mathewson, please visit www.Rlmathewson.com

In 2019/2020, R.L. Mathewson will be publishing Devastated, the first Anger Management novel, Tall, Dark & Furious, the 6th installment to the Pyte/Sentinel series, Irresistible, the long anticipated novel for the Neighbor from Hell Series as well as many more books throughout the year, paranormals, contemporaries, and YAs.

When did you first start writing?
I first started writing when I was around fourteen, but I never got past the few few paragraphs. I always wanted to write, but never really thought that I could do it. Over the years I made several attempts to write, but they were all horrible failures.

It wasn't until after I threw my back out and I realized just how bad my situation was that I decided to give it a try. I'd been reading heavily at that point and there were a lot of books that I really enjoyed, but there were also books that I didn't like. It was because of the books that I didn't enjoy that I decided to give writing a chance. I'd hoped that I could write a more enjoyable story.
What's the story behind your latest book?
My latest book is actually the first book that I ever wrote. It was my first attempt at writing. I wrote day and night for a few weeks straight and when the book was done I thought it was the best book ever written. I set it aside, preparing myself for that day that book would become world famous.

I started to research publishing and realized that I should probably edit the book to make sure that it was absolutely perfect. I read through it and not even halfway through I realized just how horrible the book was. It was awful, really awful. I deleted the entire book, but saved the characters because they'd meant a great deal to me.

Over the years I would work on the book here and there. This past year I decided that I owed it to the characters to finish the book. The book didn't turn out as I expected, but I really enjoyed the process and loved the story.
Read more of this interview.

Where to find R.L. Mathewson online 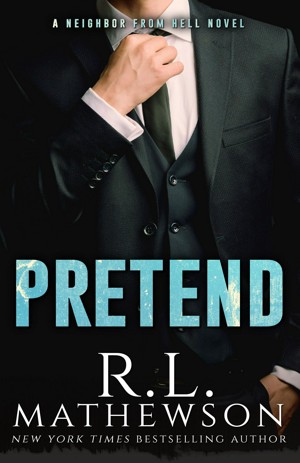 You have subscribed to Smashwords Alerts new release notifications for R.L. Mathewson.

You have been added to R.L. Mathewson's favorite list.

You can also sign-up to receive email notifications whenever R.L. Mathewson releases a new book.