187 readers have added this author as a 'Favorite Author'.

Jan Gordon grew up in London, England, and emigrated to Israel in her early twenties. After many years of working as a secretary in various media companies, both in the U.K. and Israel, she took time off to raise her two sons.

In 2006, after many years of reading fanfiction for an old American TV series, Scarecrow & Mrs. King, she decided to pick up her pen, or rather her keyboard, and wrote her first story, a collaboration with another fanfiction writer, Amy F. (TwoPhantoms1), and the writing partnership of The Yank and The Brit was born. Three years later Jan answered a writing challenge on a fan site for that same TV show and wrote a short original piece and posted it to the group. The characters in that story wouldn’t leave her alone and eventually she gave in and wrote their story. That story was “Black Silk”, a paranormal romance about were panthers.

Jan posted “Black Silk” on the fan site and it received such a good reception from the other members, she branched out and posted it on other sites, including Smashwords. One of the members of the fan site, another fanfiction writer, Charlie, made a comment in her review of the shifter story that sparked an idea, and in reply Jan told her she should use that concept in a story because it sounded fantastic. That ‘idea’ became “Forever In Time” by, the newly named, Nicky Charles. After Nicky’s first two books, Jan started working with her as editor and neither has looked back since.

Jan has since written “Life In The Shadows”, a paranormal romance anthology and a prequel, of sorts, to “Black Silk”. Nicky Charles collaborated with Jan on one of the stories in “Life In The Shadows” which combined her wolves and Jan’s panthers. They enjoyed the endeavour so much that they decided to repeat the experience – the result was “In The Cards”.

Jan Gordon now lives in Jerusalem, Israel, with her husband and two adult sons. She and her husband often travel to North America and the U.K. to see family and friends. Although Jan both writes and edits paranormal romance, she rarely reads that genre for pleasure. Since discovering author Georgette Heyer as a young teen, her passion for reading Regency romance has never dimmed. Apart from reading, which she does whenever time allows, her other favourite pastimes are cooking and doing Pilates. 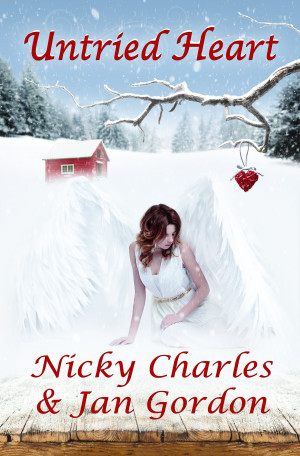 What happens when perfection is too perfect? Eugenie, a young guardian angel, feels something is missing in her life and hopes her first case will provide the excitement she craves. Her client, Benjamin Davis is certainly interesting. Is he the key to her happiness? Or will a relic from her past ruin her career and her chance at love? A heart-warming tale by Nicky Charles and Jan Gordon. 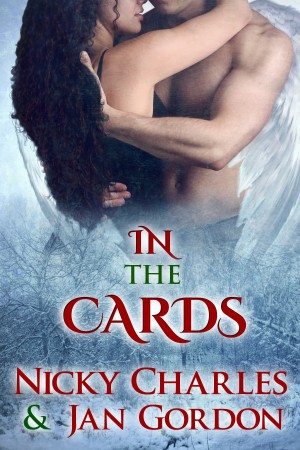 In the Cards by Nicky Charles & Jan Gordon
Series: Hearts and Halos, Book 1. Price: $0.99 USD. Words: 42,960. Language: English. Published: November 2, 2015 by Nicky Charles and Jan Gordon. Categories: Fiction » Romance » Paranormal
There are regulations governing the relationship between a guardian angel and their charge, boundaries that shouldn’t be crossed. So what happens when a guardian angel falls in love with his current assignment? And when the human returns those feelings, how many rules will that guardian angel break in order to save his love? Alex and Emma are caught between two worlds. Will their love be enough? 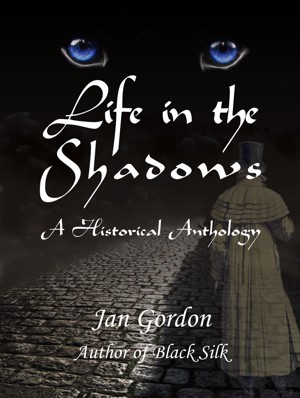 Created from magic, cloaked in mystery, an ancient race has lived beside humans for millennia. Proud, independent, and powerful, Malik, their king, has spun a web of lies and half truths to keep their true selves secret from all but a select few. In the end, will the deception destroy all he holds dear? 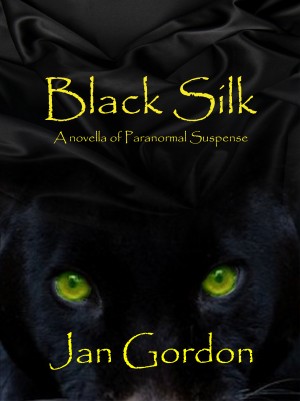 Vic has two loves in her life, her cat, Mister, and reading books from her bookstore. Her future looked set, until one night when she's saved from probable danger by a mysterious stranger. Cole has moved around a lot during his life, never finding a true home, until he buys an old house, and fate steps in to change his future. A light romance with a paranormal twist.

You have subscribed to alerts for Jan Gordon.

You have been added to Jan Gordon's favorite list.

You can also sign-up to receive email notifications whenever Jan Gordon releases a new book.