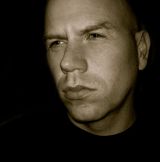 37 readers have added this author as a 'Favorite Author'.

Born on the prairies, Jason McIntyre eventually lived and worked on Vancouver Island where the vibrant characters and vivid surroundings stayed with him and coalesced into what would become his novel, On The Gathering Storm. Before his time as an editor, writer and communications professional, he spent several years as a graphic designer and commercial artist. Jason is the author of more than two dozen short stories, several novellas and full-length fiction.

Currently, Jason is at work on new novels and stories in the Dovetail Cove world -- companion books to BLED and SHED.

His latest full-length novel, THE DEVIL'S RIGHT HAND, is out now!

The saga began with The Night Walk Men, the #1 Kindle Suspense novella by Jason McIntyre. Now it continues with The Devil's Right Hand. And a war is brewing.

Meet Benton Garamond. He's lost. He careens through the wet streets of downtown Vancouver on a collision course with a dirty lawyer named Levy Gillis. He wants something from Gillis and he aims to get it.

Meet Donovan Lo, former drug kingpin and not bad with the ladies if you ask him. He's in hiding and has a plan to leave his empire for good. But something -- and someone -- aims to put a bullet through his last big score.

Now meet Sperro. He has a lot to say about his job, about Benton Garamond and about Donovan Lo. Sperro will be your tour guide.

"We are Night Walk Men, imbued with the lives of at least ten men, and we walk among you like a blur, unseen but often sensed or smelled like pollen in the air when you can't see flowers--or the tingle you get when the hairs on your neck stand up.

"If you hear footsteps on the parched earth behind you, or if dry autumn leaves scrape concrete with a breeze, that's most likely one of us, walking just a little ahead or just a little behind. If it's dark and you climb into your car and for once--for no reason at all--wonder why you didn't check the back seat for strangers, one of my brothers is mostly likely back there as you drive off.

"We are everywhere at once and nothing can stop us. We are Death incarnate, walking under long robes of black and chasing down the winds to read from a discourse that may be the last words you'll hear..."

Be prepared to shake The Devil's Right Hand.

Where to find Jason McIntyre online

Dovetail Cove by Jason McIntyre
Come to the tiny island town of Dovetail Cove, the setting for ten mosaic novels and stories. Locals say something isn't quite right on the island... 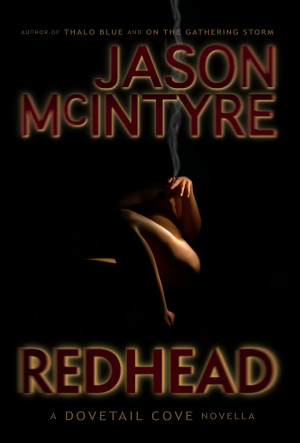 Redhead by Jason McIntyre
Series: Dovetail Cove, 1974. Price: $2.99 USD. Words: 23,630. Language: English. Published: March 14, 2017. Categories: Fiction » Thriller & suspense » Psychological thriller
Dovetail Cove’s most notorious Lady of The Red Light meets Sean, a seemingly noble client who takes her services despite his beautiful young family waiting at home. She knows the relationship needs to end. And yet, drawn into his world of mystique and, yes, even love, Fanny is compelled to maintain ties with Sean, even if they turn out to be fatal. 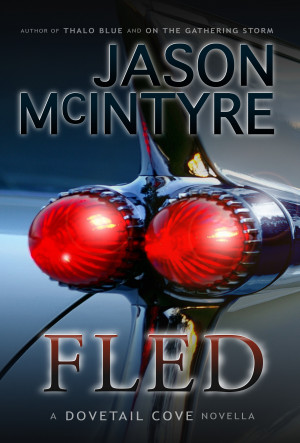 Fled by Jason McIntyre
Series: Dovetail Cove, 1973. Price: $2.99 USD. Words: 28,330. Language: English. Published: January 17, 2017. Categories: Fiction » Thriller & suspense » Crime thriller, Fiction » Thriller & suspense » Psychological thriller
In this noir chapter of the Dovetail Cove saga, it’s May Day, 1973, and Charles Scobie finds himself hitched to Chrissy Banatyne, the daughter of the wealthiest and most talked-about power couple on the island. And, of all the rotten luck, Chrissy’s honeymoon destination of choice brings Charlie back to an icy batch of memories he’s desperate to leave behind. 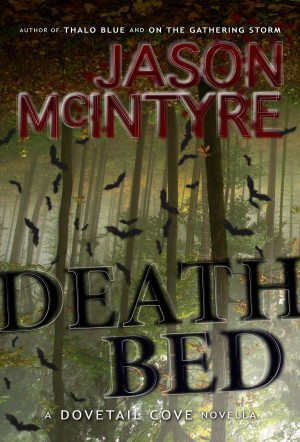 Deathbed by Jason McIntyre
Series: Dovetail Cove, 1971. Price: Free! Words: 28,620. Language: English. Published: December 15, 2016. Categories: Fiction » Horror » General
The Dovetail Cove saga begins here. Farrah’s on summer break and she’s sure to tell you she’s NOT twelve, she’s TWELVE-AND-A-HALF, thank you very much. The tiny island-town of Dovetail Cove is the only home she’s known. Events reach back to 1956 and a shadowy ‘incident’ that started the darkness on the island, but Farrah will catch a glimpse of it tonight. At her Gran's DEATHBED. 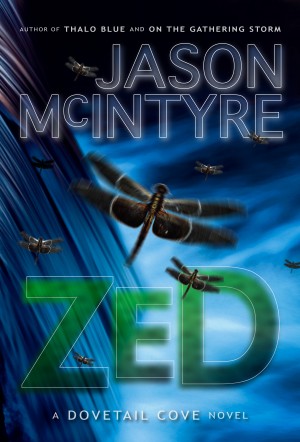 It's August, 1975 and Tom Mason’s in Dovetail Cove for the last few weeks of his summer job at the group home. His boss is the home’s owner, Karen Banatyne, one of the wealthiest folks in town and she has it in for Tom. It seems as though something’s hiding in the hot spring north of the main beach and one of Karen’s ‘houseguests’ is about to come face to face with evil. Tom is too. 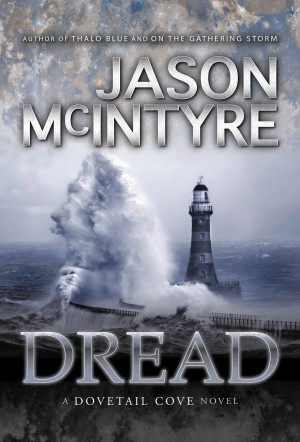 Dread by Jason McIntyre
Series: Dovetail Cove, 1978. Price: $2.99 USD. Words: 43,070. Language: English. Published: March 8, 2016. Categories: Fiction » Horror » Occult
It's autumn 1978. Mac and Dave McLeod are thirty-something bachelor brothers who are back in the tiny island town of Dovetail Cove after more than a decade away. A mysterious visitor embroils the McLeod boys and the island doc in a game of whodunit involving one of Police Chief Birkhead's unsolved files. Things get macabre when the boys discover a link to their parents in the mess. 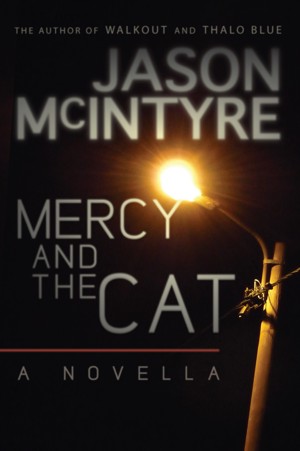 Mercy And The Cat by Jason McIntyre
Price: Free! Words: 17,640. Language: Canadian English. Published: October 30, 2013. Categories: Fiction » Thriller & suspense » Psychological thriller
Warning: mature content. Discretion advised. In denial about his failing marriage, Dave Bolander cruises the nighttime world of Dow Lake campground, looking for a good time. When he happens upon some kids also on the hunt for a rush, all the excitement from Dave’s last beach summer comes flooding back. How delish, Dave thinks. How wonderfully delish. 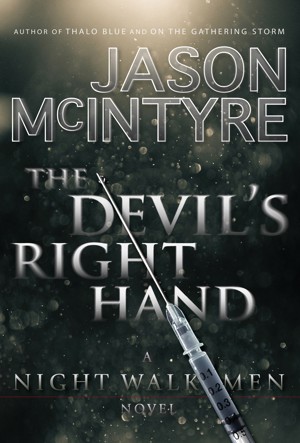 The Devil's Right Hand by Jason McIntyre
Price: $3.99 USD. Words: 120,130. Language: English. Published: March 26, 2012. Categories: Fiction » Literature » Literary
Meet Benton Garamond. He careens through the wet streets of downtown Vancouver on a collision course with a dirty lawyer. Meet Donovan Lo, former drug kingpin and not bad with the ladies if you ask him. He’s in hiding and has a plan to leave his empire for good. Now meet Sperro. He has a lot to say about his job, about Benton Garamond and about Donovan Lo. Sperro will be your tour guide. 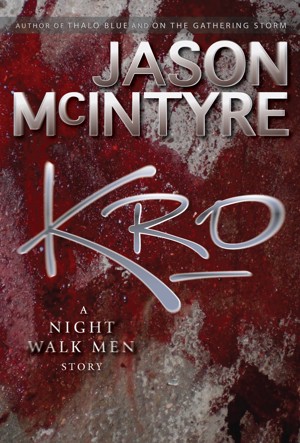 No one knows who the Night Walk Men really are. They are unseen, unknown. "Kro" is an all-new story straight from the timeline of the forthcoming novel, "The Devil's Right Hand" and introduces a character sure to become a favourite within the Night Walk Men universe. 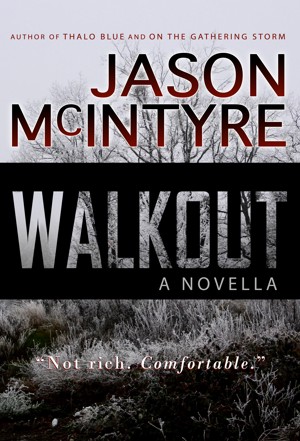 Walkout by Jason McIntyre
Price: Free! Words: 12,400. Language: English. Published: November 30, 2011. Categories: Fiction » Thriller & suspense » General
Gavin is a wealthy investment banker, the sort of power-hungry, driven man those in the professional world don’t question. When a beautiful young woman finds herself entangled with Gavin following his divorce of a year ago, things aren’t exactly as they first seemed. A mysterious boat house on the property calls to her and, in time, she may not be able to stop herself from answering. 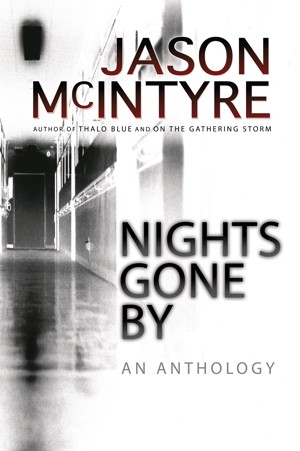 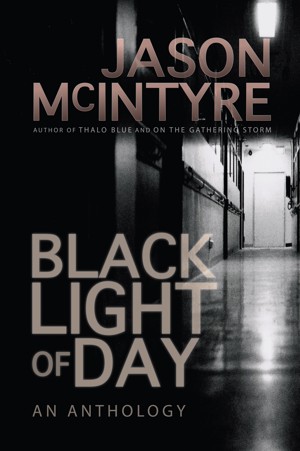 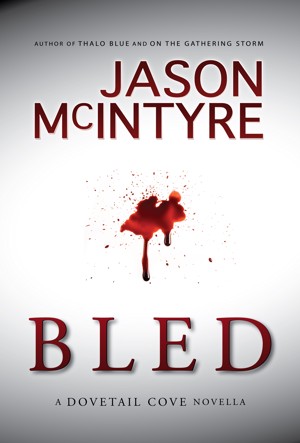 Bled by Jason McIntyre
Series: Dovetail Cove, 1972. Price: $2.99 USD. Words: 30,530. Language: English. Published: September 14, 2011. Categories: Fiction » Literature » Literary, Fiction » Thriller & suspense » General
She only wanted to leave. But he took that option from her. Now she wants it back. Set on the same island as the reader favorite 'Shed', the latest literary suspense novella from bestselling author Jason McIntyre picks up the Dovetail Cove saga with this story of one lonely woman...trapped. 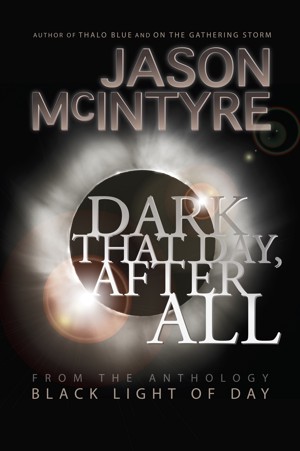 Excerpted from the anthology NIGHTS GONE BY by #1 Kindle Suspense author Jason McIntyre. On this day, elderly Jarvis Schloss unburdens his soul to another elderly park dweller as they sit on his favorite park bench. In the tradition of Rod Serling, this eerie tale begins as the two each reflect on the primes of their lives and uncover something even darker than the sky overhead. 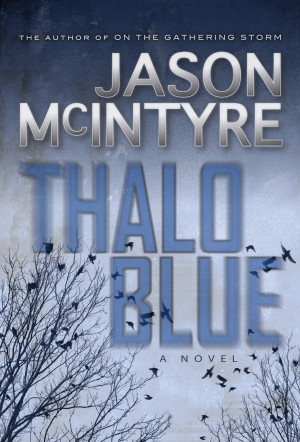 Sebastion Redfield is being hunted. A young man on the brink of true adulthood, Redfield experiences an extreme trauma when a trespasser breaks into his home. The psychiatrist assigned to help him recover from the break-in begins to unravel a more disturbing truth about his ordeal: that someone or some thing has been hunting him. 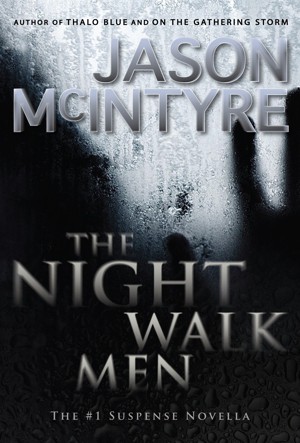 Three-year old Gabriela plays with her twin brother on a train platform. Blind sax man, Braille the Rail, meets with an old, old friend. The earth rumbles beneath them all: the promise of an approaching locomotive. Now, two mysterious strangers, both of them acting in the interest of an otherworldly sense of duty, will decide their fate over a cup of tea. 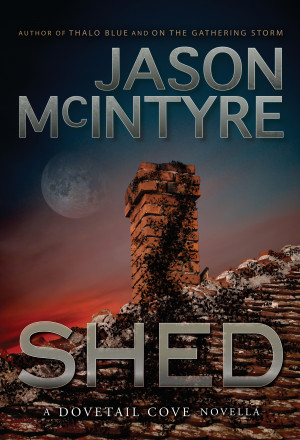 Simon and Rupert spend their days playing in the fields out near the old power station but at night, a visitor comes for them. Older brother Simon shoulders the burden of their stepfather Everett and his greedy dominion over their Mama. But the brothers must now stand together to heal the wounds of their real father’s departure and brace themselves for a harrowing showdown with Everett. 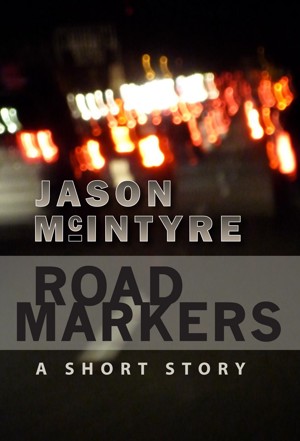 Dean is a forty-something sales rep for a company that ropes small, mostly blue-collar firms into long term cellphone plans. Heading home from a bad meeting, he begins to see evidence that he can will things to happen just by thinking about them. But will this tantalizing realization lead him to cross the line for good? 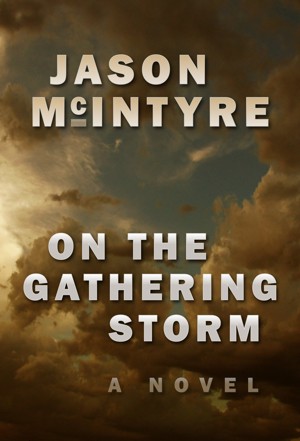 Years after falling down a dirt shaft as a little girl, 29-year old Hannah Garretty is snatched from her bohemian life on the island and vanishes into a forest lair where unspeakable things have happened. Clinging to her raw memories, she tries to maintain hope and sanity, biding her time with a desperate need to survive.

You have subscribed to Smashwords Alerts new release notifications for Jason McIntyre.

You have been added to Jason McIntyre's favorite list.

You can also sign-up to receive email notifications whenever Jason McIntyre releases a new book.