317 readers have added this author as a 'Favorite Author'.

Red Phoenix, USA Today Bestselling author, has received numerous awards for her original romances. When she’s not writing, you can find her online interacting with fans.
Visit her website: RedPhoenix69.com

"I am a happily married woman who believes, based on personal experience, that love conquers all. It is a running theme in my writing. I love romance and I love good sex. It is a healthy combination in real life. My books focus on the love and lust shared by couples." ~Red

You can reach Red at Redphoenix69@live.com

Red Phoenix is the author of:

Blissfully Undone
*Snowy Fun—Two people find themselves snowbound in a cabin where hidden love can flourish, taking one couple on a sensual journey into ménage à trois

His Scottish Pet: Dom of the Ages
*Scottish Dom—A sexy Dom escapes to Scotland in the late 1400s. He encounters a waif who has the potential to free him from his tragic curse

Varick: The Reckoning
*Savory Vampire—A dark, sexy vampire story. The hero navigates the dangerous world he has been thrust into with lusty passion and a pure heart

Keeper of the Wolf Clan (Keeper of Wolves, #1)
*Sexual Secrets—A virginal werewolf must act as the clan’s mysterious Keeper

The Keeper Finds Her Mate (Keeper of Wolves, #2)
*Second Chances—A young she-wolf must choose between old ties or new beginnings

The Keeper Unites the Alphas (Keeper of Wolves, #3)
*Serious Consequences – The young she-wolf is captured by the rival clan

Boxed Set: Keeper of Wolves Series (Books 1-3)
*Surprising Secrets—A secret so shocking it will rock Layla’s world. The young she-wolf is put in a position of being able to save her werewolf clan or becoming the reason for its destruction

By the Light of the Scottish Moon
*Saving Love - Two lost souls, the Moon, a werewolf and a death wish…

In 9 Days
*Sweet Romance—A young girl falls in love with the new student, nicknamed ‘the Freak’

And Then He Saved Me
*Saving Tenderness—When a young girl tries to kill herself, a man of great character intervenes with a love that heals

Red Phoenix's Passion is for Lovers (Boxed set of 4 novellas)

Where to find Red Phoenix online 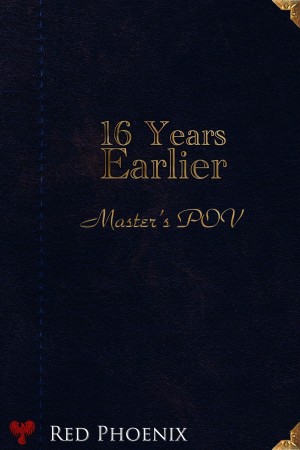 16 Years Earlier: Master's POV by Red Phoenix
Price: $0.99 USD. Words: 4,790. Language: English. Published: June 9, 2016. Categories: Fiction » Romance » New adult
Sir has mentioned to Brie on several occasions that he met Rytsar and Master Anderson in college. What were they like back then? Get a glimpse into the lives of these sexy Doms when they were young men starting out... and experience a moment in Sir's history you will never forget. 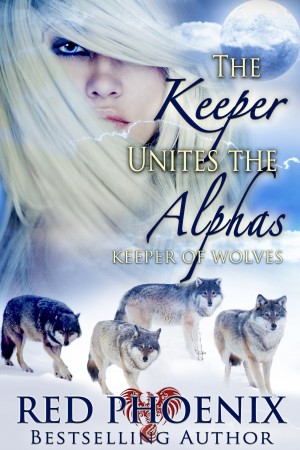 The Keeper Unites the Alphas (Keeper of Wolves, #3) by Red Phoenix
Price: $1.99 USD. Words: 26,650. Language: English. Published: November 14, 2015. Categories: Fiction » Romance » Paranormal, Fiction » Romance » Fantasy
A white flower with an arrow through its center—Bram’s message to Layla of the West, the respected Keeper of Wolves. The 4 Alphas are determined to protect their Keeper, but the dark leader of the rival clan will stop at nothing to claim Layla once she’s captured. Can her four devoted Alphas rescue Layla from the clutches of the merciless leader, and protect the precious gift she holds within? 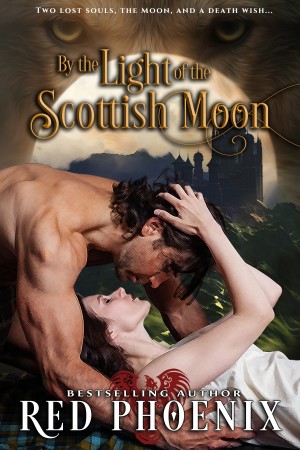 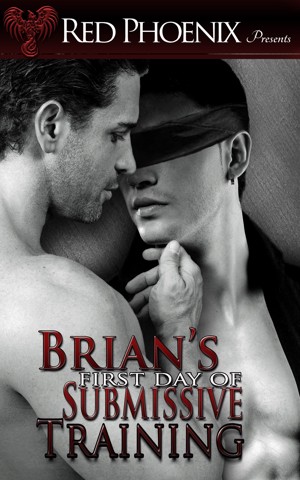 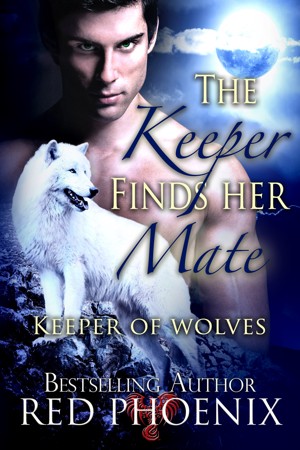 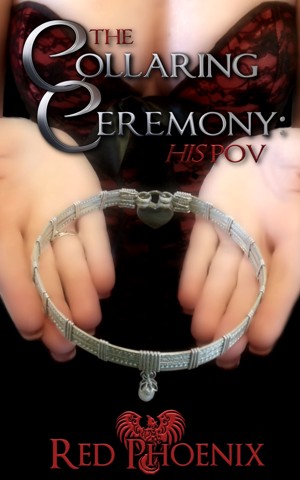 Warning – Do NOT read unless you have read Brie Learns the Art of Submission. This chapter is taken from my novel, Brie Learns the Art of Submission. Fans have been begging for this particular scene written from Master’s point of view. Although this is Brie’s story, I cried when I wrote the collaring ceremony knowing how he felt. It is my pleasure to share his side of the story with you now. 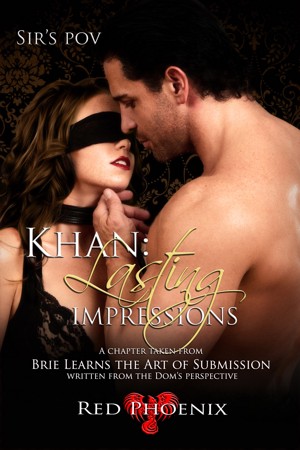 This chapter is taken from Brie Learns the Art of Submission. Fans have begged for a scene from Sir’s point of view, but I have resisted because this is Brie’s story. However, there is one scene in the novel (the chapter titled ‘Serving her Khan’) that deserved another POV. Fans could not know all the work and attention Sir Davis put into setting up Brie’s last fantasy before graduation. ~Red 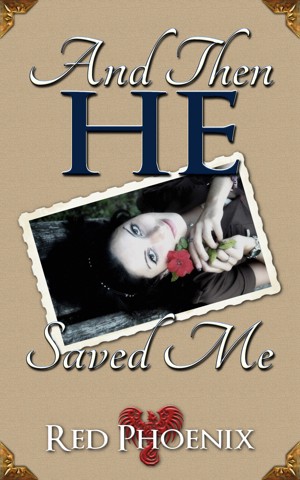 Lauren lost everything that mattered to her and just wanted the pain to end... She steps to the edge ready to die, but Cyril won’t let her fall. Neither is looking for love, but both of them find it the night fate brings them together. His love will change Lauren’s life and she, in turn, will rock his. A romantic story about two people fated to rescue each other. 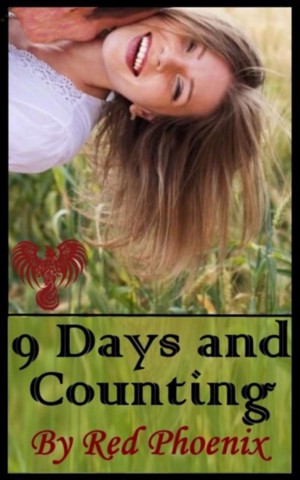 After waiting three years for Luke Sanders to return, Tesse decides to move on with her life & into the arms of a new lover. Fate, however, has different plans when Luke returns the week before Tesse’s big début as the lead in The Phantom of the Opera. Her life seems to mimic the musical when she is forced to choose the handsome new boyfriend or her devoted scarred lover once known as The Freak. 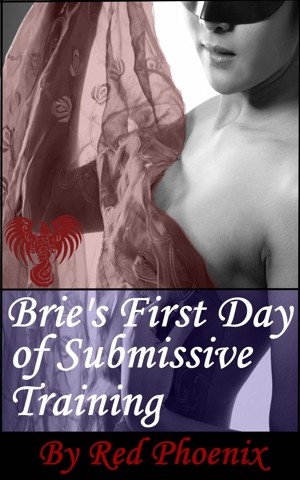 Brie’s life changes the day Sir comes to her tiny tobacco shop. His invitation to The Submissive Training Center is about to rock this young woman’s world. The renowned school is famous for its submissive instruction. She has no idea the things that will be asked of her or the boundaries that will be pushed. Join Brie on her first day of training where true Subs are separated from the wanna-be's. 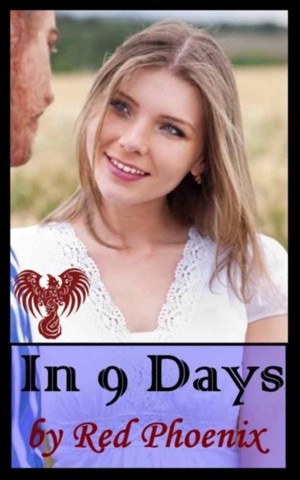 Her friends call him The Freak, but Tessa has an instant crush on the new boy in school. While others turn away in disgust, she is irresistibly drawn to Kevin Reese. The boy’s face is covered in burn scars and his right hand is missing two fingers. She knows Kevin has a tragic story behind his injuries and she is desperate to find out his past. However, it is his kisses Tessa longs for most. 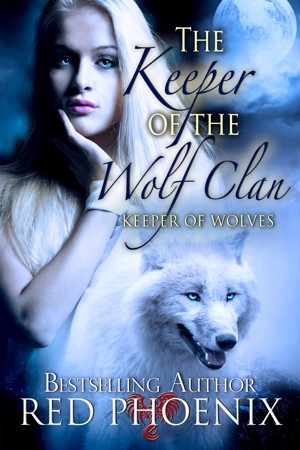 Only married she-wolves act as the Keeper, but the honor falls on virginal Layla due to a tragedy. The mysterious Bonding Ritual, which takes place every full moon, keeps the four Alpha males unified. If Layla fails to complete her duty, the mighty werewolf clan will erupt into civil war. Layla is about to find out the forbidden act that is responsible for the Daric Clan’s dominance in the empire.

You have subscribed to alerts for Red Phoenix.

You have been added to Red Phoenix's favorite list.

You can also sign-up to receive email notifications whenever Red Phoenix releases a new book.